Folks, this is the kind of sickness we are facing with the world wide Jihadi assault on civilization. Here we have the heartwarming story of kindly grandma Um al-Mumenin. She’s just the local little old lady that all the kiddies love, that’s all. She bakes cookies, loves the kids and instructs all the local young ladies on the fine art of suicide bombing. Yep, she’s an all around community organizer, she is. But, before she takes up the important instruction of all those girls eager for martyrdom, she arranges to have them raped so that later when she recruits them they are mentally “prepared” to feel that suicide bombing is the only way to regain their lost “honor.”

Samira Jassam, 51, was arrested by Iraqi police last week and confessed her part in organizing the rapes of more than 80 young Iraqi women that would later be gathered up and encouraged to become suicide bombers to “escape the shame” of having been raped.

In a video confession, she explained how she had mentally prepared the women for martyrdom operations, passed them on to terrorists who provided explosives, and then took the bombers to their targets.

This is the sort of corruption that liberals and Barack Obama do not understand. In order to further “Jihad” these people are willing not only to kill themselves and others, but to rape even their own women in order to destroy their mental balance so that they are more easily brainwashed to become suicide bombers.

Word has also come out of investigations into other Jihadi suicide bombings and like attempts that rape seems to be a favorite weapon of “persuasion” for would be suicide bombers of male and female gender alike.

The Sun is reporting that young male Jihadi recruits are being raped by older Jihadis to break down their mental barriers to killing themselves. The boys are sexually assaulted and then told that the only way to regain their “honor” is to blow themselves up taking unbelievers with them.

The warped new tactic was revealed by a reformed Algerian militant. Abu BaÃ§ir El Assimi said: The sexual act on young recruits aged between 16 to 19 was a means to urge them to commit suicide operations.

A 22-year-old had suffered sexual injuries before being shot dead on a suicide mission in Tademaït, Algeria, three weeks ago. Samples taken from his body are being analysed in a bid to identify his torturer.

What sort of religion encourages the rape and death of its own children?

Democrats cannot conceive of this sort of corruption of the soul employed for religious control and power over a people. So, instead of facing reality, they bury their heads in the sand and pretend that the enemy is really “just like us,” after all. We cannot prosecute these sorts of people as if they were terrorists without potential for good deep down in the souls, goes the left’s thinking. Why, they are “just like us” aren’t they?

But, is there any western culture that has raped its own children, both mentally and physically, in order to turn them into automatons that will blow themselves up? Is there any such tradition in western history and culture?

So, while the Muslim world’s new friend, Barack Obama, makes his plans to abandon the war on terror and to treat all terrorists as if they are simple criminals, grandma Um al-Mumenin and her kind will be preparing more attacks for which Barack’s “laws” have no way even to address much less prevent. 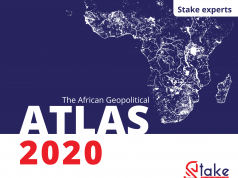