According to the Federal Reserve, the percentage of American families that own a small business is at the lowest level that has ever been recorded. In a report that was just released entitled “Changes in U.S. Family Finances from 2010 to 2013: Evidence from the Survey of Consumer Finances“, the Federal Reserve revealed that small business ownership in America “fell substantially” between 2010 and 2013. Even in the midst of this so-called “economic recovery”, small business ownership in America has now fallen to an all-time low. If the economy truly was healthy, this would not be happening. And it isn’t as if Americans are flooding the labor market either. As I detailed yesterday, the labor force participation rate in this country is at a 36 year low. That would not be happening if the economy was actually healthy either. The truth is that the middle class in America is dying, and this new report from the Federal Reserve is more evidence of this very harsh reality.

In order to build wealth, middle class Americans either need to have their own businesses or they need good jobs. Sadly, the percentage of Americans that own a business continues to decline steadily. In the report that I mentioned above, the Federal Reserve says that the proportion of U.S. families that have an ownership interest in a small business fell from 13.3 percent in 2010 to a brand new all-time low of 11.7 percent in 2013.

This is one of the factors that is increasing the gap between the extremely wealthy and the rest of us in this country. And of course another of the major factors is the steady decline in good paying jobs.

The U.S. Competitiveness Project at Harvard Business School is chaired by professors Michael E. Porter and Jan W. Rivkin. It just released a new report entitled “An Economy Doing Half Its Job”, and it addressed the fact that the middle class is deeply struggling even though many large U.S. corporations have been thriving. The following is an excerpt from an article in the Boston Globe about this report…

In a statement, Porter added: “Shortsighted executives may be satisfied with an American economy where firms operating here are winning without lifting US living standards. But leaders with longer perspectives understand that companies can’t thrive for long while their workers and their communities struggle.”

Unfortunately, this is not likely to change any time soon. In fact, that same report discovered that Harvard Business School alumni foresee “falling pay and fewer openings for full-time jobs” for American workers in the years ahead…

That’s the picture that emerges from a survey of Harvard Business School alumni.

More than 40 percent of the respondents foresee lower pay and benefits for workers. Roughly half favor outsourcing work over hiring staffers. A growing share prefer part-time employees. Nearly half would rather invest in new technology than hire or retain workers.

The Obama administration continues to tell us that the unemployment rate is “going down” and that the economy is recovering, but that does not match the reality of what most Americans are experiencing on a day to day basis.

As David Stockman recently so aptly put it, outside of health and education the U.S. economy has not produced a single job since mid-2000 even though our population has grown greatly since that time…

In a few deft seconds, a “no jobs” nobody who apparently doesn’t actually have one himself, essentially explained the contents of the chart below to his silenced CNBC hosts. Over the course of 170 “jobs Fridays” since mid-2000, the latter have apparently never noticed the single most stunning fact embedded in the monthly BLS report. Namely, that outside of health and education there has not been one net new job created in the American economy since July 2000! Yes, not a single new job-as in none, nein, nichts, nada, zip!

In addition, most of the new jobs that are being “added to the economy” each month are part-time jobs. Right now, we still have 1.4 million fewer full-time jobs than we did in 2008 even though more than 100,000 people are added to the population each month.

What this means is that the middle class is shrinking.

We are witnessing an increasing concentration of wealth among the ultra-wealthy, and most of the rest of us are getting poorer. As a recent CNN article detailed, the Federal Reserve has also discovered that the gap between the rich and the poor in America is larger than the Fed has ever recorded before…

In its Study of Consumer Finances, released every three years, the Fed found that the wealthiest 3% of American households controlled 54.4% of the nation’s wealth in 2013, a slight increase from its last survey in 2010. It’s also substantially higher from the 44.8% they held in 1989, showing how quickly the income divide has been growing over the past decade or so.

How close does the share of wealth for the bottom 90 percent have to go before we admit that we have a major problem on our hands?

Is there anyone out there that would be okay with it hitting zero percent?

One of the big reasons why the wealthy have been doing so well is because the stock market has been soaring. The money printing policies of the Federal Reserve have sent stock prices to unprecedented heights. This has overwhelmingly benefited the extremely wealthy…

According to recent data from the Federal Reserve, America has the lowest level of stock ownership in 18 years. Yet stock ownership for the wealthy is at a new high-and that has accounted for most of their good fortune compared to the rest of America.

Stock ownership is even more concentrated when it comes to share of total stock holdings. In 2010, the latest period available, the top 10 percent of Americans by net worth held 81 percent of all directly held or indirectly held stocks, according to Edward N. Wolff, an economics professor at New York University who specializes in inequality and Federal Reserve data.

Wolff said that share-which has not been released yet for 2013-has probably gone even higher than 81 percent since 2010.

Since the last financial crisis, the Federal Reserve has been very good to the elite.

But most of the rest of us have had a really hard time.

Until more Americans start getting good jobs and building small businesses, things are not going to turn around for the middle class. 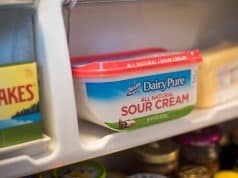 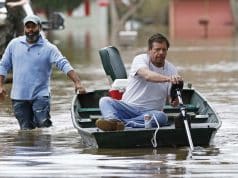 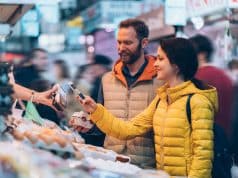 Should you use credit, debit or cash for everyday purchases? We asked an expert