Home Business 25 Critical Facts About This Ebola Outbreak That Every American Needs To...

What would a global pandemic look like for a disease that has no cure and that kills more than half of the people that it infects? Let’s hope that we don’t get to find out, but what we do know is that more than 100 health workers that were on the front lines of fighting this disease have ended up getting it themselves. The top health officials in the entire world are sounding the alarm and the phrase “out of control” is constantly being thrown around by professionals with decades of experience. So should average Americans be concerned about Ebola? If so, how bad could an Ebola outbreak in the U.S. potentially become? The following are 25 critical facts about this Ebola outbreak that every American needs to know…

#1 As the chart below demonstrates, the spread of Ebola is starting to become exponential…

#2 This is already the worst Ebola outbreak in recorded history by far.

#3 The head of the World Health Organization says that this outbreak “is moving faster than our efforts to control it“.

#4 The head of Doctors Without Borders says that this outbreak is “out of control“.

#5 So far, more than 100 health workers that were on the front lines fighting the virus have ended up contracting Ebola themselves. This is happening despite the fact that they go to extraordinary lengths to keep from getting the disease.

#6 There is no cure for Ebola.

#7 The death rate for this current Ebola outbreak is over 50 percent, and experts say that it can kill “up to 90% of those infected“.

#8 The incubation rate for Ebola ranges from two days to 21 days. Therefore, someone can be carrying it around for up to three weeks without even knowing it.

#9 For the first time ever, human Ebola patients are being brought to the United States. And as Paul Craig Roberts so aptly put it the other day, all it would take is “one cough, one sneeze, one drop of saliva, and the virus is loose“.

#10 This has already potentially happened in the United Kingdom. A woman reportedly collapsed and later died on Saturday after she got off of a flight from Sierra Leone at Gatwick Airport.

#11 A study conducted in 2012 proved that Ebola could be transmitted between pigs and monkeys that were in separate cages and that never made physical contact.

#13 Barack Obama has just signed an executive order that gives the federal government the power to apprehend and detain Americans that show symptoms of “diseases that are associated with fever and signs and symptoms of pneumonia or other respiratory illness, are capable of being transmitted from person to person, and that either are causing, or have the potential to cause, a pandemic, or, upon infection, are highly likely to cause mortality or serious morbidity if not properly controlled.”

#14 And as I noted the other day, federal law already permits “the apprehension and examination of any individual reasonably believed to be infected with a communicable disease”.

#15 According to the CDC, there are 20 quarantine centers around the country that are prepared to potentially receive Ebola patients…

#16 The CDC has set up an Ebola “quarantine station” at LAX in order to help prevent the spread of the virus.

#18 The federal government will begin testing an “experimental Ebola vaccine” on humans in September.

#19 We are being told that the reason why we don’t have an Ebola vaccine already is due to the hesitation of the pharmaceutical industry to invest in a disease that has “only affected people in Africa“.

#20 Researchers from Tulane University have been active for several years in the very same areas where this Ebola outbreak began. One of the stated purposes of this research was to study “the future use of fever-viruses as bioweapons“.

#21 According to the Ministry of Health and Sanitation in Sierra Leone, researchers from Tulane University have been asked “to stop Ebola testing during the current Ebola outbreak“. What in the world does that mean?

#22 The Navy Times says that the U.S. military has been interested in studying Ebola “as a potential biological weapon” since the 1970s…

Filoviruses like Ebola have been of interest to the Pentagon since the late 1970s, mainly because Ebola and its fellow viruses have high mortality rates – in the current outbreak, roughly 60 percent to 72 percent of those who have contracted the disease have died – and its stable nature in aerosol make it attractive as a potential biological weapon.

The U.S. Centers for Disease Control owns a patent on a particular strain of Ebola known as “EboBun.” It’s patent No. CA2741523A1 and it was awarded in 2010. You can view it here.

It is being reported that this is not the same strain that is currently being transmitted in Africa, but it is interesting to note nonetheless. And why would the CDC want “ownership” of a strain of the Ebola virus in the first place?

#24 The CDC has just put up a brand new webpage entitled “Infection Prevention and Control Recommendations for Hospitalized Patients with Known or Suspected Ebola Hemorrhagic Fever in U.S. Hospitals“.

#25 The World Health Organization has launched a 100 million dollar response plan to fight this Ebola outbreak. Others don’t seem so alarmed. For example, Barack Obama is getting ready to take a “16 day Martha’s Vineyard vacation“.

Many are attempting to play down the threat from this virus by stating that unless you “exchange bodily fluids” with someone that you don’t have anything to worry about.

If that was truly the case, then how in the world have more than 100 health workers contracted the virus so far?

Health professionals that deal with Ebola take extreme precautions to keep from being exposed to the disease.

But despite those extreme measures, they are catching it too.

So if this virus does start spreading all over the globe, what chance is the general population going to have?

Feel free to disagree with me if you like, but I believe that this could potentially be an absolutely catastrophic health crisis. 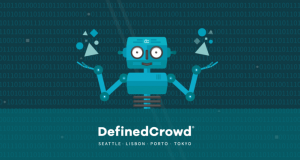 AI is more data-hungry than ever, and DefinedCrowd raises $50M B...