Home Business How the SpaceTurtles Changing the clothing industry with NFT 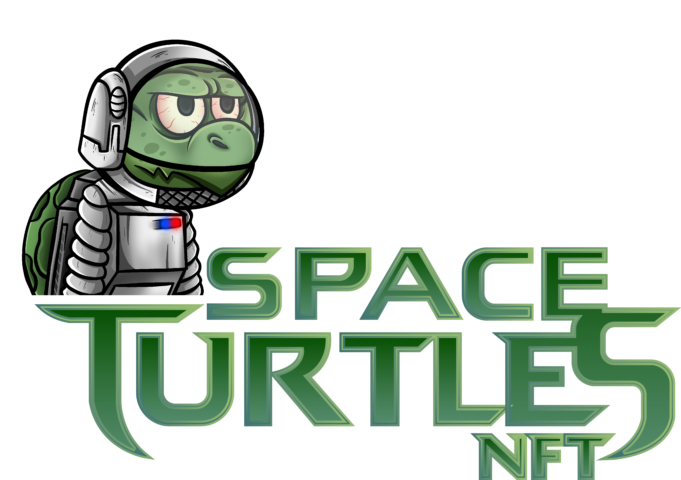 A non-fungible token (NFT) is a unique is a digital certificate, established via a connection to the blockchain, that defines originality and uniqueness to digital assets. A meaning to “Non-fungible Token,” NFTs have attracted attention after millions of dollars have been used to buy such assets on the Internet.

How do NFTs work?

At a very high level, most NFTs are part of the Ethereum blockchain. Ethereum is a cryptocurrency, like bitcoin or dogecoin, but its blockchain also supports these NFTs, which store extra information that makes them work differently from, say, an ETH coin. It is worth noting that other blockchains can implement their own versions of NFTs.

We are introducing you to the unique of its kind the NFT which is associated with the future of Clothing & Digital Blockchain. We are talking about The SpaceTurtles and here we go with all the bits and pieces of information on it.

Overview of the project

The SpaceTurtles is a non-fungible token (NFT) collection on the Ethereum blockchain. Each Space Turtle is a one-of-a-kind piece of artwork created by combining different qualities such as expression, headgear, attire, and more. SpaceTurtles are all one-of-a-kind, although some are more uncommon than others.

Background of the project

The project was launched on Jan 02, 2021, by a two-person team of Lyft and Cliff. They have focused all their time on this brand and have devoted their lives to the brand itself. With time the project has grown to become a highly recognized brand.
The experimental project is based on the idea that if you have a dream. Set yourself on the path to realizing that dream; no matter your pace, you can be as slow as a turtle, and whatever obstacles you face, they can be as high as the sky; if you stay loyal to your dream and consistent with your effort, you will overcome everything and eventually realize your dreams.
After the core idea behind the artwork was decided, the creative team pondered and created the SpaceTurtles. SpaceTurtles is a brand that was initially created as an artwork in the digital art world. Now it has revolutionized into a full-blown brand with a massive public following.

Little About the Creators

The creators of the “Space Turtles NFT” aim to illustrate the idea that everything is possible. They want to inspire the community and help them develop high self-esteem, self-assurance and instill confidence in their abilities to follow their aspirations and flourish while following their dreams fearlessly.
The artwork includes all national flags as the creators wanted to portray that you will succeed if you have the hunger to achieve your goals no matter where you come from. They intend to invigorate the community and encourage them to follow their passion, do great things, and raise and wave their flag at the top.
The creators and some of their team members have quit their jobs because we wanted to fully devote our time, energy, and talent to the “SpaceTurtles NFT” project. They needed help to execute the project successfully, so they found people whose mindsets aligned with them to work together. After putting in so much hard work, research, effort, and utilizing connections with people who have an immense impact in the NFT industry to promote the project, the creators of “SpaceTurtles NFT” are 100% sure that this project will be the next big thing in the world of NFT’s.
https://player.vimeo.com/video/662244497?h=64a8debf2e&app_id=122963

As a member of the Space Turtles crew, you will go on an amazing journey. SpaceTurtles Roadmap is designed to impact the NFT world, with exclusive challenges, events, exclusive clubs, and real-world utilities/collectibles.

The SpaceTurtles basis is a unique idea that symbolizes the contemporary NFT movement and is built with various components. To achieve the long-term goals and community-driven development, they plan to make the project’s progress independent of the “hype.”
Unlike other initiatives, SpaceTurtles is clear about its future goals with a transparent roadmap. The SpaceTurtles NFT has been planning its future for years.

The Roadmap is divided into nine parts which are 10% each. Most of the flags are placed in the Turtlemint (presale), where the creators guarantee that they will happily rebuy the art for 1 ETH if you get one of them. But if you decide to hold the same art until they reach the end of the 10% of the Roadmap, you will be guaranteed 1.2 ETH if resold to them. All the members holding three random SpaceTurtles at the end of the Turtlemint will be part of a giveaway where the creators airdrop 20 SpaceTurtles.

What began as an NFT project is now expanding into other commercial areas, such as their clothing brand and other inventions. Currently, their brand is awaiting a patent on their products and innovations.
The SpaceTurtles clothing lien mainly includes limited edition and open edition clothes and products with prints of official SpaceTurtles and their licensed variants. One of the verified or official derivatives owned by one of the members appears on each limited-edition item. The original SpaceTurtles Token ID / License Number and blockchain QR codes are written on the neck label of each item.

They have an active community on Discord and you can be part of it too via below:

You can connect them via Twitter to get regular updates

They are working on their website (SpaceTurtles.vip)which is on route to be live in Jan 2022.

Unlocking the World of NFTs With Montenegro Luxury Association

F&Co Middle East Wins Award As The Most Creative Company