Remember when Prince Harry was telling everyone that he and his wife, Meghan Markle, had to escape the royal spotlight because the media glare was too much?

It reminded him of the tragic circumstances that led to the untimely death of his mother, Princess Diana.

His plight would be more sympathetic if he weren’t leaving the media hotspot of the U.K. and exchanging it for Los Angeles.

I can understand the people who bought what Harry and Meghan were selling when they first unveiled their plans.

But now? The Hollywood Royals have played their hand, and it all demonstrates that their reason for leaving the royal family behind had nothing to do with privacy or media coverage.

Quite simply, it’s all about Meghan Markle and her career.

The U.S. media establishment is already sharpening its knives

If Prince Harry believes the British press was horrible to him and his wife, he hasn’t seen anything yet.

As for Meghan Markle? She’s spent more than enough time in Los Angeles and the showbiz side of American life. She knows exactly what’s coming.

Which makes you wonder why she ever allowed Prince Harry to peddle the tale that he wanted to pull his family out of the spotlight.

Meghan knew what her intentions were all along. The end game was never to get away from the media and lead a quiet, private life.

It was to move to the epicenter of the paparazzi world and earn millions of dollars in Hollywood.

Perhaps “Hollywood Harry” is in denial. Could he really be so foolish?

Prince Harry’s resolve will be tested over the coming months

COVID-19 Vaccine Contenders Scurry In opposition to the Clock, and Each Assorted 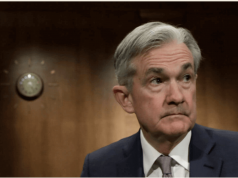