Joe Exotic and Donald Trump could be about to strike up a beautiful friendship.

Tiger King reigns supreme as Netflix’s most-watched show of all time, staying on the top spot for over two weeks. The strange tale of Joe Exotic’s long-running feud with Big Cat Rescue owner Carole Baskin has captivated millions of viewers across the globe.

After all, who doesn’t love watching a bunch of gun-toting rednecks argue over who has the biggest wild cat collection? It’s TV gold for the mindless masses, but now it’s reached the attention of the White House, it’s problematic at best.

As if the show wasn’t bizarre enough, Donald Trump has waded into the fray. Exotic is currently serving 22 years in jail after being found guilty of trying to pay someone to murder his rival, Baskin. What do you know, the POTUS is involved, and Joe could be out in a New York minute. How did this come about? We have little Donny Jr. to thank for this latest hair-brained act.

It doesn’t surprise me that Donald Trump would consider pardoning Joe Exotic. These are two men cut from the same cloth. Both are orange, gun-ho, bleach-blonde pieces of trash that are equally misogynistic as they are insane. Trump grabs pussies, while Exotic collects them. Frankly, they could’ve been separated at birth.

However, the fact that a Netflix documentary was brought up in a White House press briefing is something we can blame Donald Trump Jr. for. The POTUS’ son said during an appearance on Sirius XM:

For a man with the best education that ol’ pop could buy under his belt, he sounds about as articulate as one of Joe’s zookeepers.

Joe And Donald Will Be BFF’s

When asked by a reporter in a press conference about his son’s comments and if he agreed that Exotic should be pardoned, the leader of the United States said:

Which son? It must be Don. I had a feeling it was Don…I’ll take a look.

We’ve really done it now. We’ve poked the bear. I’m calling it. Joe Exotic and Donald Trump are going to strike up a pen-pal bromance to rival Fifty Shades of Gray. Despite admitting he’s never seen the show, Trump is going to release the Tiger King, probably only because he seems like “good guy.”

Mark my words. This time next year, Joe will be celebrating his fourth marriage to Donald Trump, the 45th President of the United States. We’ve had stranger first ladies, that’s for sure.

Disclaimer: The opinions expressed in this article do not necessarily reflect the views of CCN.com 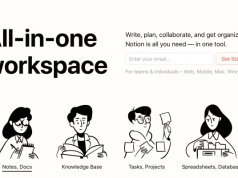