A number of ant species produce acid in a poison gland in their abdomen to spray at enemies, and it turns out they also drink it to kill pathogens in their food. Because these ants often vomit up food to feed their co-workers, this helps prevent diseases spreading in colonies.

Unlike the stomachs of vertebrates, those of insects are not normally highly acidic. Simon Tragust at the University of Bayreuth in Germany and his colleagues have found that species such as the Florida carpenter ant (Camponotus floridanus) increase the acidity of their stomachs by swallowing acid after eating. If ants were prevented from bending round to reach their glands, acidity levels were lower.

Next, the team fed ants food contaminated with a bacterium that can cause lethal infections. Ants that were prevented from drinking their acid were less likely to survive.

The results show that drinking acid plays a major role in protecting these ants from dangerous microbes and preventing infections spreading in colonies.

“There is a clear benefit from this phenomenon,” says Liselotte Sundström at the University of Helsinki, who in 2015 reported that ants self-medicate to fight off fungal infections. However, it is not clear whether the ants actively drink from the gland, she says, or whether it happens accidentally as they groom themselves. 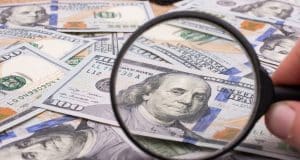 What must startup founders know earlier than negotiating with company VCs?