Home Science Covid-19: Our chance to contain the coronavirus may already be over 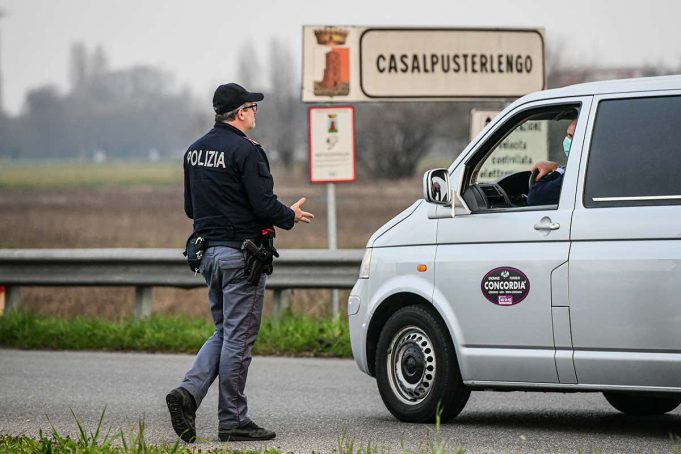 The global spread of covid-19 seems to have exploded in recent days, with outbreaks revealed in Iran and Italy, and a massive increase in cases in South Korea. Tedros Gebreyesus, director general of the World Health Organization, has warned that such cases “show that the window of opportunity we have for containing this virus is narrowing.”

In fact, it may already have shut. On 21 February, epidemiologists warned that we are failing to detect two-thirds of infected people traveling globally, “potentially resulting in multiple chains of as-yet undetected human-to-human transmission outside mainland China”. Some of those chains have now been detected, and ominously, many cases cannot be traced to their source.

Iran has reported 28 cases, but this appears to be a large underestimate, because two people who have just flown from Iran to Canada and Lebanon have been found to be infected. Unless people who exit Iran by air are massively more likely to be infected than those who don’t, Gergely Röst of the University of Szeged, Hungary, says it would take 1600 to 2400 cases in Iran to produce two infected travellers – more than any official count so far in a country other than China.

This is especially worrying, says Andy Tatem of Southampton University, as broader travel data show Iran has “strong connections to countries, such as Afghanistan, Iraq and Pakistan, which have weaker health systems,” and might not detect or contain the virus.

Christl Donnelly and colleagues at Imperial College London have worked out how many infections countries have detected per passenger flight from China. While some countries, such as Singapore, have detected most of the infected travellers epidemiologists calculate they should be getting from China, many haven’t. Donnelly’s team found that, on average, countries are detecting only a third of expected cases.

“We have decided not to comment on other countries individually,” says Donelly, although the WHO has been informed.

South Korea declared a health “red alert” last week as cases soared. Investigators have not yet been able to determine the source of many of the 833 known cases there. Today, the UN granted the International Federation of Red Cross and Red Crescent Socieities an exemption from sanctions on North Korea so it could help the impoverished country deal with Covid-19.

We also don’t know the source of many of the 165 cases in northern Italy, and there are a handful of similarly untraceable cases in seven other countries. Until now, efforts to fight the virus have focussed on containment, in which all detected cases and their contacts are quarantined. But when there is enough infection about, people catch it without it being obvious who they got it from.

Once the virus spreads “in the community” this way, like flu, containment becomes impossible. That is the “window” Tedros fears is closing.

As containment fails, the world enters the “mitigation” phase of epidemic response, with quarantine replaced by measures such as closing schools, cancelling mass gatherings and similar “social distancing”. This is aimed not at preventing the epidemic, but slowing it, so cases will not peak so fast they overwhelm medical facilities.

It is possible, even likely, that community spread of the virus may eventually happen in the US, Nancy Messonier of the US Centers for Disease Control and Prevention said on 21 February. The US is screening for the virus in people generally in six cities, including Honolulu, which gets heavy air traffic from Asia.

Alinity Is Help within the Sizzling Seat After a Controversial Faded...