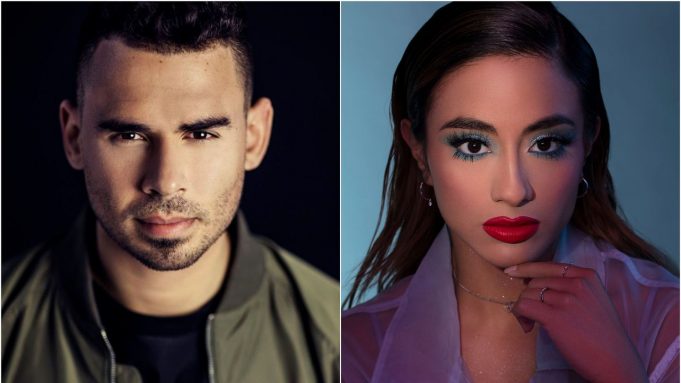 Ally Brooke is no stranger to high-profile collaborations — as a soloist, she’s linked up with the likes of A Boogie Wit Da Hoodie, Matoma, and Tyga. For her latest team-up, she joins forces with Afrojack for an early (ok, yes, very early) “song of the summer” contender.
On Friday (February 21), the “No Good” singer and the veteran DJ released “All Night,” a shimmering, festival-ready banger that fuses his classic sound and her penchant for poppy hooks. “I’ve been hearing love songs playing in my dreams / I got your name written all over me,” Ally sings on the first verse over a gentle piano melody.

As she continues pursuing someone stuck on her brain, the track builds and builds until it reaches a euphoric drop. “We’re in this together, an infinite high,” Ally proclaims on the hook, before arriving at her ultimate proposal: “And we can keep on dancing all night.”

In a statement, Afrojack said of the new track, “I wanted to work on something with an upbeat dance-pop feel to get people moving for the Spring and Summer. Ally is a phenomenal singer, her voice makes the track unique and really pop, it was cool to collaborate with her.”

Ally added, “Teaming up with Afrojack for ‘All Night’ has been an incredible honor. I can’t wait to perform the track for my fans on tour next month!”

“All Night” marks Afrojack’s first new single after returning to the Dutch label Spinnin’ Records. Expect the new track to light up the dance floor this festival season, especially when he headlines Ultra Music Festival in March. As for Ally, she’s gearing up for her first solo headlining trek, the aptly titled Time To Shine Tour, which kicks off in March. The former Fifth Harmony singer recently teased a blacked-out setlist on Twitter, and it sounds like some version of “All Night” will definitely make the cut. In the meantime, bop along to Ally and Afrojack’s collab above.