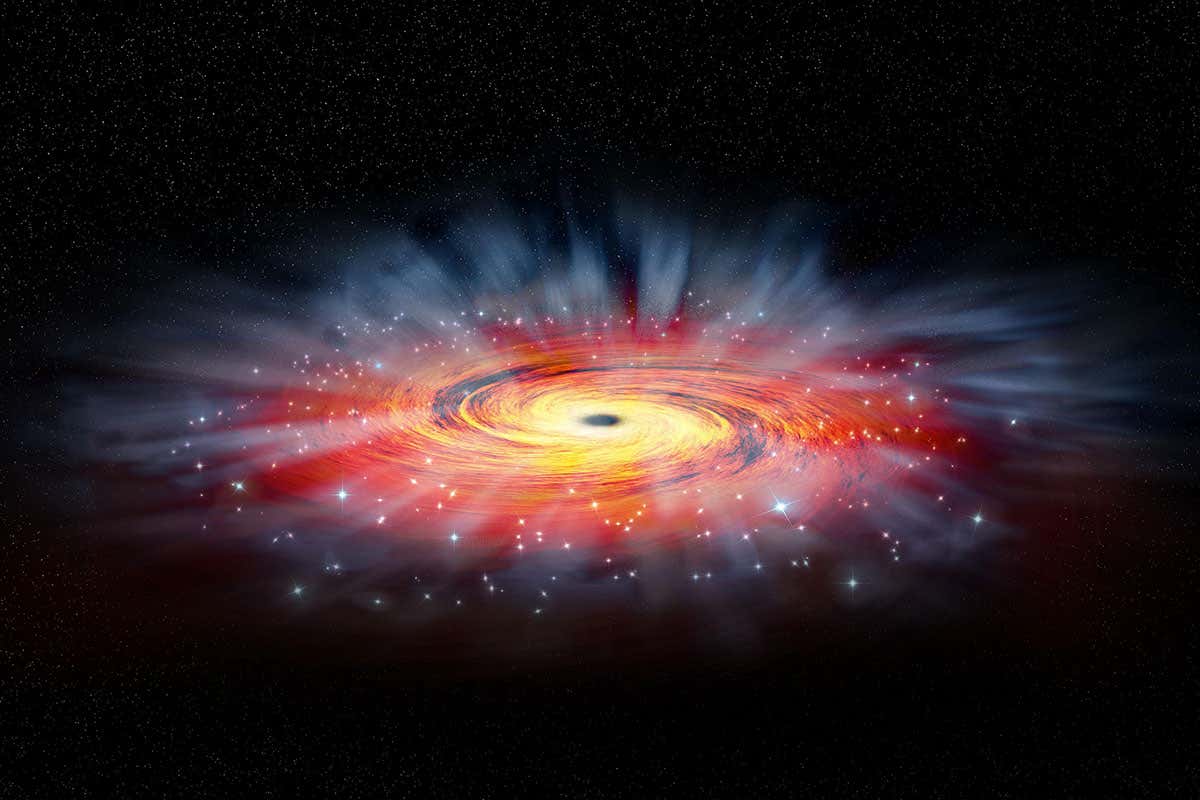 At the centre of our galaxy, less than 0.2 light years from Sagittarius A*, the Milky Way’s supermassive black hole, six strange objects are defying gravity. They look like clouds of gas and dust, but behave like stars, and astronomers don’t know what they are.

The first two of these objects, called G1 and G2, were discovered nearly a decade ago. At the time, astronomers thought they were simply gas clouds soon to be gobbled up. But instead of being stretched out and swallowed by the black hole, the clouds continued to orbit it.

Anna Ciurlo at the University of California, Los Angeles, and her colleagues have spotted four more of these weird clouds, which have been called simply G objects. Each of them is on the order of 15 billion kilometres across, and from afar they simply look like huge clouds that have signatures of hydrogen atoms and don’t emit very much heat.

Like the other two G objects, they are orbiting Sagittarius A* the way stars would, instead of falling in as they would if they were really just clouds.

While such objects are mysterious, there is no need to jump to talk of aliens, Ciurlo says. “It’s a very big, complicated, and fluffy thing that I don’t see how it would be associated with alien life,” she says. “If I were an alien I wouldn’t want to be that close to the black hole anyway.”

Instead, she and her colleagues suggest that these could be stars hiding behind shrouds of gas and dust thick enough to obscure the star’s light. “You have to find a way to have a star with all this stuff around it, because that’s not what we see with normal stars,” she says.

The researchers suggest that G objects could be the result of messy stellar smash-ups, in which two stars merge and leave behind a single large star surrounded by debris. They are in the process of taking more measurements that they hope will help us figure out where these strange clouds come from.