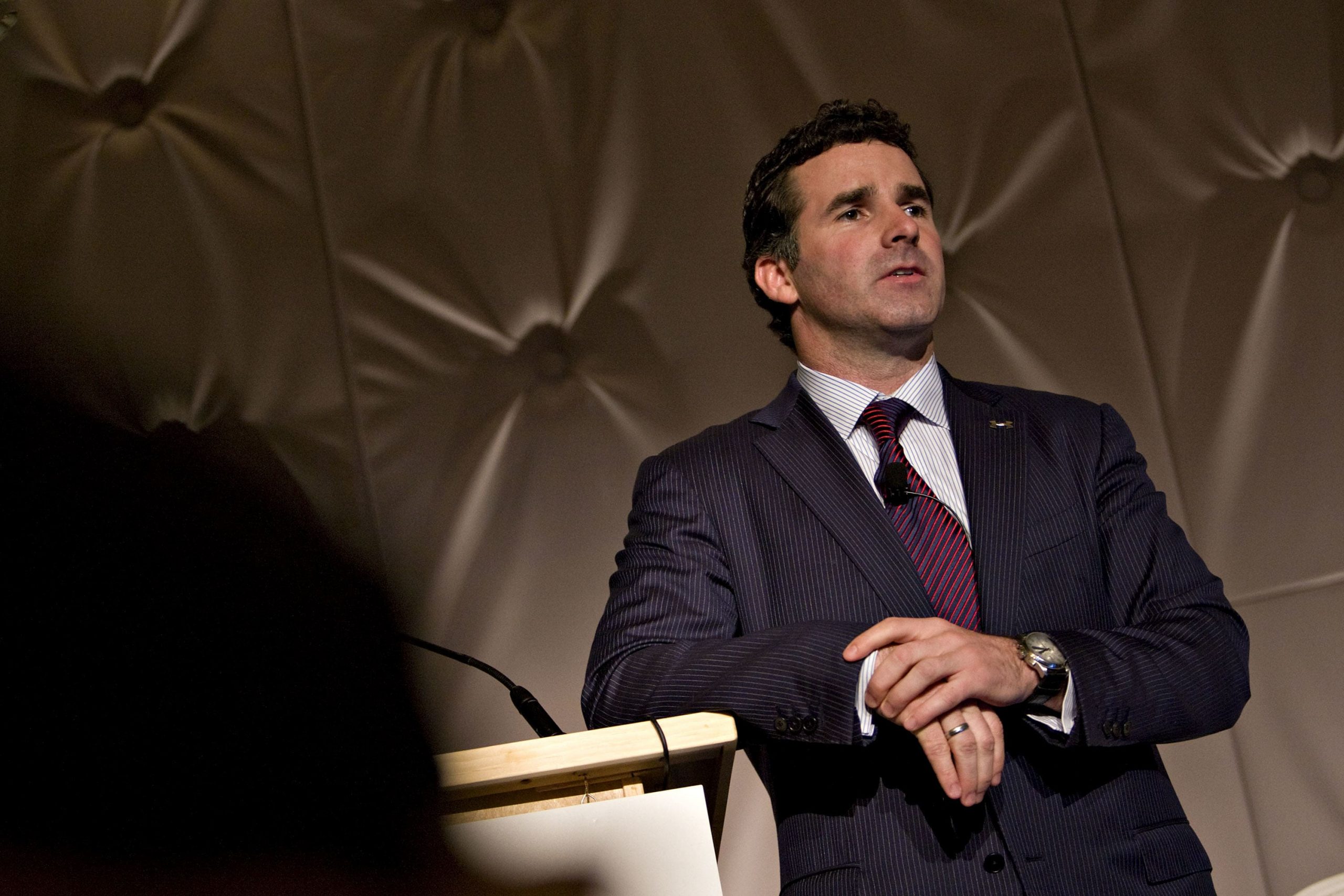 For Under Armour, the only way out of a hard spot is to muddle through it.

The athletic apparel maker on Tuesday unveiled its new advertising campaign slogan: “The Only Way Is Through.”

Founder and former CEO Kevin Plank was speaking in New York at The National Retail Federation’s Big Show, discussing what it means to “find sustained profitability in a low-growth world.” At the end of his talk, Plank unzipped his Under Armour jacket to reveal a shirt with big, bold letters emblazoned with the new slogan.

The words seem to fit not only the universal struggles many face, but also the challenges the company has recently been through as it tries to boost growth in its home market and embarks on a new chapter under a new CEO.

The new campaign comes at a somewhat tumultuous time for Under Armour. It has some of its own challenges to get through. In its latest earnings report, Under Armour trimmed its revenue outlook for the full year, citing “traffic challenges.” It’s also come under fire for questionable accounting practices and fostering a work culture that allowed employees to expense outings to strip clubs as official work expenses.

Plank, who founded Under Armour in his grandmother’s basement in 1996, stepped down as CEO on Jan. 1. Former COO Patrik Frisk now has the title, while Plank transitions to executive chairman and a newly designed role as brand chief.

As Plank spoke to the crowd in New York, the company held a media event at its Baltimore headquarters. Athletes ranging from Olympic swimmer Michael Phelps to alpine ski racer Lindsey Vonn roamed the halls, broke a sweat and bonded over their ties to Under Armour.

The meaning of the campaign is unique to each athlete. For swimmer Michael Phelps, it was overcoming his destructive behavior outside the pool. A DWI and substance abuse issues led the swimming star to rehab and nearly ended his career. In one of the greatest comebacks in sports, Phelps emerged to become the most decorated Olympic athlete in history.

“I think looking back, and the obstacles that I had, or the things that I experienced throughout my career definitely gave me the opportunity to be able to do what I did,” Phelps told CNBC.

He said he is where is today because of those challenges.

“I think the hard times that I had to go through probably played a significant role at the end of my career,” he said.

For Vonn, a four-time Olympic skier, it is about overcoming injury. The 82-time World Cup winner has suffered knee injuries, torn ACLs and broken bones. In February, she made the hardest decision of her career to hang up her skis forever.

“There are things in life you want to achieve and just simply can’t, whether it’s physical or mental or circumstance, you know, there’s always a reason why things might not work out. But, you know, the most important thing is accepting it, which is easier said than done,” Vonn said in an interview.

She said the transition to retirement has been a difficult one, going from athlete to establishing a new purpose.

“It’s a huge adversity. I mean, it seems simple and logical that it would be, you know, it’s easy. I have tons of things to do now, and life’s great. I don’t have to diet or train or do anything, and it’s exactly the opposite. It’s just finding, you know, what that new focus is, and there’s nothing that will replace it, but I need to have something else that I’m working towards.”

For the moment, Vonn is excited to be working on launching a beauty line, which is in development for next year.

Under Armour’s new tagline follows other campaigns, which have included “Protect This House,” “I Will” and “We Will.”

The company didn’t disclose how much it plans to spend on the new campaign, or if it will be more or less than in past years. But Plank said the campaign will include some 60-second TV spots, as well as other forms of media.

“We want to be a really quiet company, and a really loud brand,” Plank told the audience at the Big Show. “We’re ready to start jumping upstairs and start screaming from the roof.”

“This is something that came out of a process of revisiting, writing a new vision statement for the company,” he went on, referring to the creation of the new campaign. “How many of us don’t live in a world, or a life, where no matter who you are, what your position is … you find yourself back against the wall someday? You have to put your head down and just say: ‘I’m heading straight forward. We’re just going to go through.'”

That’s also true for the retailer itself. Its North America business has been in a slump against stiff competition from the likes of Nike, Adidas and Lululemon’s booming women’s and men’s categories. Under Armour has largely stuck to selling the sweat-wicking performance gear that it has become known for. But analysts say that has also hurt the company, for not getting on board a so-called athleisure cycle in the U.S., where yoga pants, joggers and other comfortable wear that can be worn from the streets to the gym.

There have also been unflattering news reports about Under Armour’s work culture. In 2018, The Wall Street Journal reported strip club visits were allowed as work-related expenses, while reports surfaced citing some female and minority employees felt passed over for promotions or otherwise left out of the company’s competitive culture.
Under Armour later ended the practice of allowing employees to expense visits to strip clubs in early 2018, and sent a statement to the Journal that said it “can and will do better.”

But Under Armour was back in the spotlight this past November when it was confirmed that The Justice Department and SEC confirmed were investigating the retailer’s accounting practices.

Meantime, successful advertising campaigns have been a boon, when executed well, to some of Under Armour’s peers. They have prompted more consumers to rally around the brands at a time when feedback on social media can be instantaneous. Perhaps the best example is Nike.

Nike has used inspirational, and controversial, messages to reach people worldwide. It has partnered with athletes ranging from former NFL quarterback Colin Kaepernick to tennis superstar Serena Williams to promote its tag lines “Just Do It” and “Dream Crazier.” While the Kaepernick campaign drew some criticism, analysts say it ultimately positioned Nike as a brand that is not afraid to take a stand on its core values.

The new Under Armour campaign announced Tuesday “is so, so much more of the Under Armour brand — which is underdog,” Plank said. “We think that is going to resonate … pretty powerful for the consumer.”

Under Armour shares were up more than 4% on Tuesday afternoon. The retailer has a market value of about $9.5 billion. Under Armour’s stock has climbed a little over 6% from a year ago. 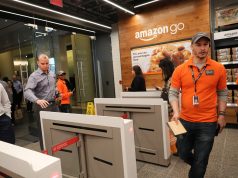 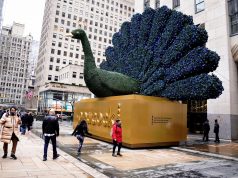 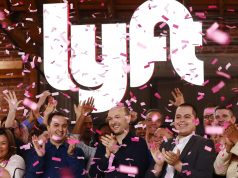