Home Business Trump says he trusts China’s Xi on coronavirus and the US has... 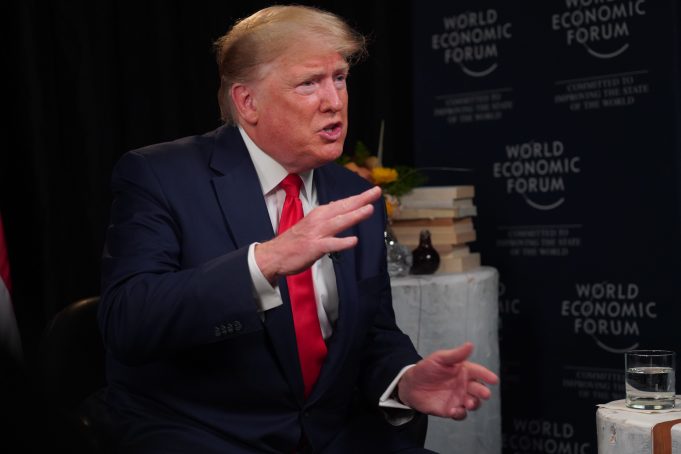 President Donald Trump told CNBC on Wednesday that he trusts the information coming out of China on the coronavirus as the Centers for Disease Control and Prevention confirms the first case of it in the United States.

“We have it totally under control,” Trump told “Squawk Box” co-host Joe Kernen in an interview from the World Economic Forum in Davos, Switzerland. “It’s one person coming in from China. We have it under control. It’s going to be just fine.”

The CDC on Tuesday said a Snohomish County, Washington state, resident who was returning from China on Jan. 15 was diagnosed with the Wuhan coronavirus, which has killed nine people in China and sickened hundreds more.

Trump told CNBC he believes that Chinese President Xi Jinping and health officials there are going to continue to tell authorities around the world everything they need to know about the virus.

“I do. I do. I have a great relationship with President Xi,” said Trump, addressing a question about whether he’s concerned about transparency in China. “The relationship is very good.”

This weekend, the CDC and Homeland Security began screening people traveling to major airports in California and New York from Wuhan, China, where the outbreak is believed to have started. Health officials have also confirmed cases in Thailand, South Korea, Japan and Taiwan.

The coronavirus evoked memories of the 2003 outbreak of severe acute respiratory syndrome in China. SARS, which killed nearly 800 people worldwide, hit Asian cities such as Hong Kong, Singapore, Taipei and Beijing the hardest and triggered a severe economic downturn in the region.

Coronaviruses are a large family of viruses that usually infect animals but can sometimes evolve and spread to humans. Symptoms in humans include fever, coughing and shortness of breath, which can progress to pneumonia.

‘We need to stop the panic’: Italy’s prime minister calls for calm as virus spikes

Should I use a credit card to donate to a political campaign?