Home Science The Goop Lab on Netflix shows how easy it is to fall... 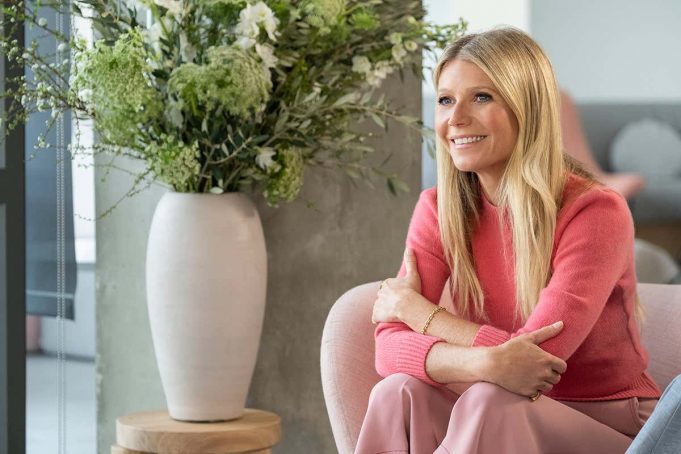 Psychic readings, energy healing and vampire facials are just a few of the adventures had by actor and alternative health guru Gwyneth Paltrow and her team in her forthcoming Netflix series The Goop Lab. Goop, Paltrow’s natural health company, has already become a byword for unrestrained woo, but the TV series takes things to the next level.

Don’t make the mistake of thinking you can stick your fingers in your ears and pretend it isn’t happening. There is unlikely to be any escape from The Goop Lab after it is released on 24 January, judging by the current explosion of interest in Goop’s latest offering, a candle scented like Paltrow’s vagina, which has reportedly sold out.

Like a car-crash unfolding in front of me, once I started watching The Goop Lab I couldn’t look away. In fact, it is so bad it is good – a masterclass in how to defend pseudoscience with a few logical fallacies, non-sequiturs and bit of cherry picking. Take the episode on energy healing, also known as Reiki healing. Practitioners say they can see energy fields around people’s bodies that are invisible to the rest of us and manipulate them with their hands.

This looks as outlandish as it sounds. While the “patient” lies on a massage table, the practitioner, Paltrow’s personal healer, lightly touches or waves his hands over their body to twiddle their fields into place. Members of the Goop team jerk and arch their backs theatrically – they are either true believers or are going to heroic lengths to suck up to their boss. Most say they feel better afterwards, although one says it felt like an exorcism.

As proof that it works, the show wheels out a 57-year-old man who says the technique cured him of numbness in his legs after cancer treatment. But this kind of nerve damage often fades with time, and the show doesn’t say how many people try it without success.

The practitioner says “the technology’s not quite there to measure energy healing” – another textbook evasion. While we may not be able to quantify these apparent energy fields, there is nothing to stop measurement of the healing part in a randomised controlled trial. Instead, for proof, they cite quantum physics and the double-slit experiment, which shows that light can act like both waves and particles, although the relevance of this to invisible energy fields is unclear.

These kinds of alternative therapies might seem harmless, but when people rely on them to treat serious illnesses it can be deadly. People with cancer who use complementary therapies tend to reject conventional treatment and so can be less likely to survive their disease than those who don’t. The show states at the beginning of each episode that people shouldn’t take it as medical advice, but the impact of a 10-second disclaimer seems tiny compared with half an hour of beautiful Californians saying how awesome they feel.

In another episode, the Goop gang explore their psychic sides. Paltrow’s personal medium comes on and claims to be getting messages from the dead. She calls out a few initials and words, a lot of which don’t hit home, but the few that do provoke open-mouthed admiration from the Goop team.

Paltrow interviews a scientist who says she has carried out rigorous studies that prove mediums are real. But other work has shown that scientists are too easily fooled and that the best people at catching out mediums are professional magicians and illusionists. The researcher rolls out another cliche – “science is just one way of knowing” – which leaves me sceptical that she is appropriately sceptical.

The Goop team is happy to invoke the authority of science, however, for those practices based around a kernel of research. For example, Paltrow has a vampire facial, in which her face is injected with platelet-rich plasma made from her own blood. It’s true, as the show claims, that platelets contain substances that promote healing. But despite intense efforts, practitioners have failed to show platelet-rich plasma has convincing effects on tissue repair in large randomised trials.

The most annoying part of the show for me is when Paltrow paints resistance to her credo as anti-feminist, when the Goop website feels nothing more than an online version of the most regressive women’s magazine, telling readers they need to spend time and money on overpriced diet and beauty regimes. Paltrow complains that women face pressure to “look a certain way”. It’s a bit rich from a Hollywood actor who flogs £125 face creams.

Still, Goop was valued at a quarter of a billion dollars in 2018, so Paltrow has clearly found an effective business model. She was quoted in The New York Times as saying that controversies just led to more people visiting her website, letting her “monetise those eyeballs”. It’s hard not to suspect that criticism of The Goop Lab won’t bother Paltrow one bit.