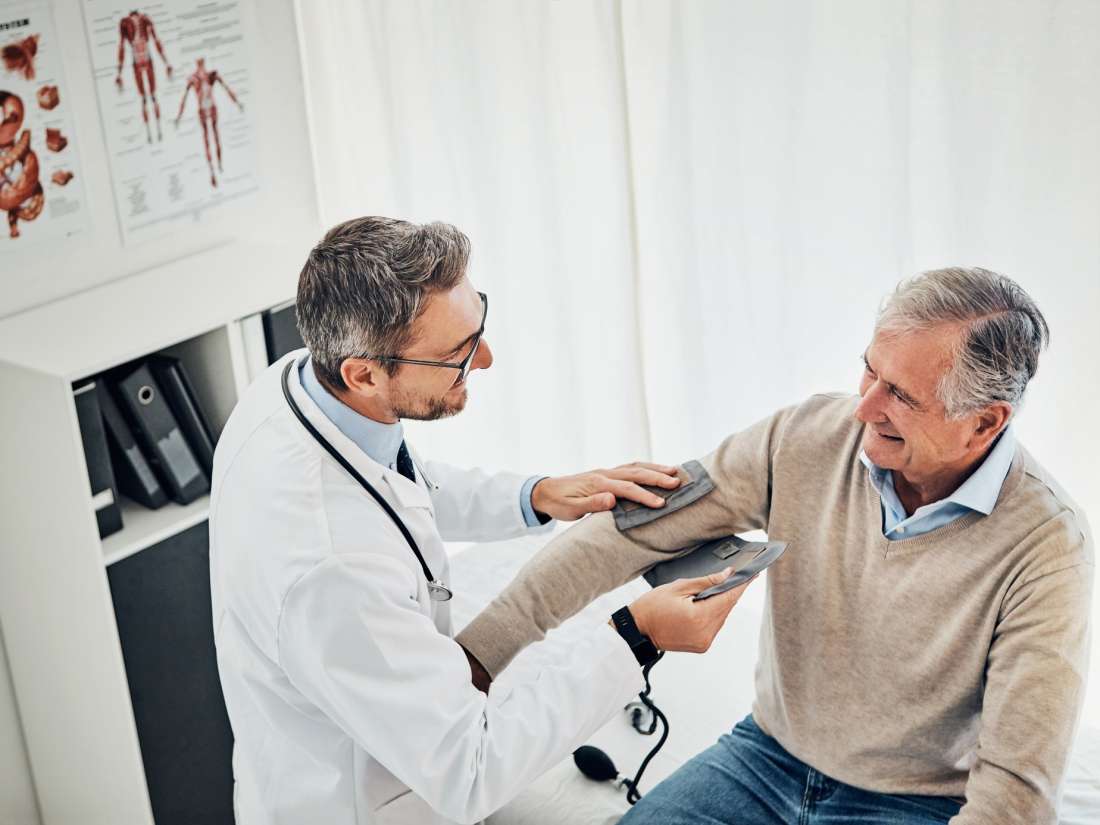 In the United States, over half of the people aged 60 and over have high blood pressure, or hypertension, and maintaining one’s blood pressure at healthy levels can be crucial.

The American College of Cardiology and American Heart Association (ACC/AHA) guidelines recommend a systolic blood pressure of no higher than 130 milligrams of mercury (mmHg) for those over 65.

However, by the time many people reach 85 years old, they have developed health issues. The U.S. Department of Commerce estimate that by 2050, 10% of adults in the U.S. will be 85 or older. A team of researchers has now completed an exploration of blood pressure recommendations for these individuals.

Their study appears in the Journal of the American Geriatrics Society.

The study’s findings come from a randomized trial of 1,167 participants.

Researchers gathered information from the Systolic Blood Pressure Intervention Trial (SPRINT). They included data from individuals who had experienced strokes, heart attacks, changes in kidney function, cognitive impairment, quality of life reduction, or who had died.

About 27% of them had a history of heart disease. The majority had three or more chronic health conditions.

The mean age of the participants was 84, with about 3% older than 90. More than half of those included were regularly taking five or more medications.

The average baseline systolic blood pressure of the participants was approximately 142 mmHg. The researchers randomly divided the participants into two equal groups, with one group receiving assistance in getting their systolic readings below 140 mmHg.

The researchers sought to determine if a more aggressive control of high blood pressure would benefit people’s health, lower their risk of heart disease events, cognitive decline, or death, or increase health risks in any way.

The scientists were also interested in seeing if cognitive or physical impairments would affect the benefits of any lower systolic measurement.

To these ends, the second group received what researchers considered “intensive” treatment to bring their systolic reading down below 120 mmHg.

What the study found

The group who had achieved systolic levels of 120 mmHg or less did see a lowered risk of heart disease events, and a lower likelihood of mild cognitive impairment.

The development of dementia was about the same in both groups.

People in the 120 mmHg group also saw an increased incidence of non-major, but still significant, changes to their kidney function, including hospitalizations for kidney damage. However, most people recovered.

The researchers were also concerned about the potential for falls due to very low blood pressure. Falls often lead to complications in the elderly that can be fatal. However, results showed that this level of blood pressure did not increase a person’s chances of falling.

The researchers also looked at the benefits of intensive blood pressure control according to each participant’s level of cognitive function at the start of the trial.

Those with stronger cognitive function to begin with experienced a greater reduction in the risk of heart disease and death.

Although those with impaired function did not gain as much benefit, there was no indication that the lower systolic level increased their risk of heart disease or death.

The complexities of healthcare in older adults often involve the acceptance of risk, with doctors and patients seeking a benefit vs. risk balance to determine the best course of treatment.

This study identifies a situation in which reducing the chance of heart disease or impaired cognitive function may well outweigh the increased risk of changes to kidney function.

How different foods affect the risk of different types of stroke