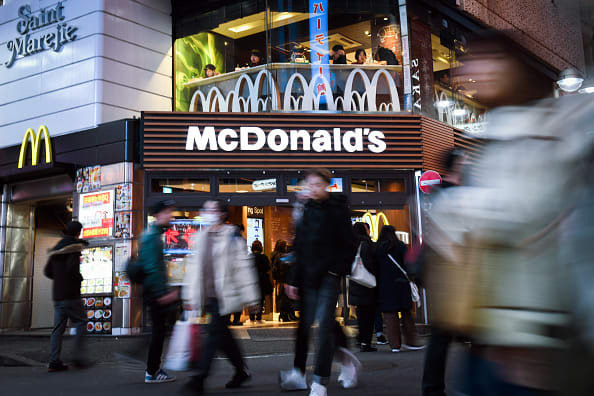 Shares of the company fell less than 1% in premarket trading.

Here’s what the company reported compared with what Wall Street was expecting, based on a survey of analysts by Refinitiv:

Excluding a tax benefit related to new regulations, the global fast-food giant earned $1.97 per share, topping the $1.96 per share expected by analysts surveyed by Refinitiv.

In the United States, its home market, same-store sales climbed 5.1% during the quarter, driven in part by price hikes. McDonald’s also attributed its strong U.S. performance to sales of core menu items like the Big Mac and positive impacts from high-tech store renovations that include self-order kiosks. The company expects to spend about $1.3 billion on capital expenditures in the U.S. in fiscal 2020, more than half of which will be spent on those renovations.

McDonald’s maintained its long-term forecast for earnings per share growth in the high-single digits and systemwide sales growth in a range of 3% to 5%. It said it will add about 1,000 net new restaurants globally in 2020 and expects global capital expenditures of about $2.4 billion.

1 in 4 Americans have either lost their job or had pay cut from coronavirus shutdowns: Survey