Home Science Machine seems to repair human livers and keep them alive for a... 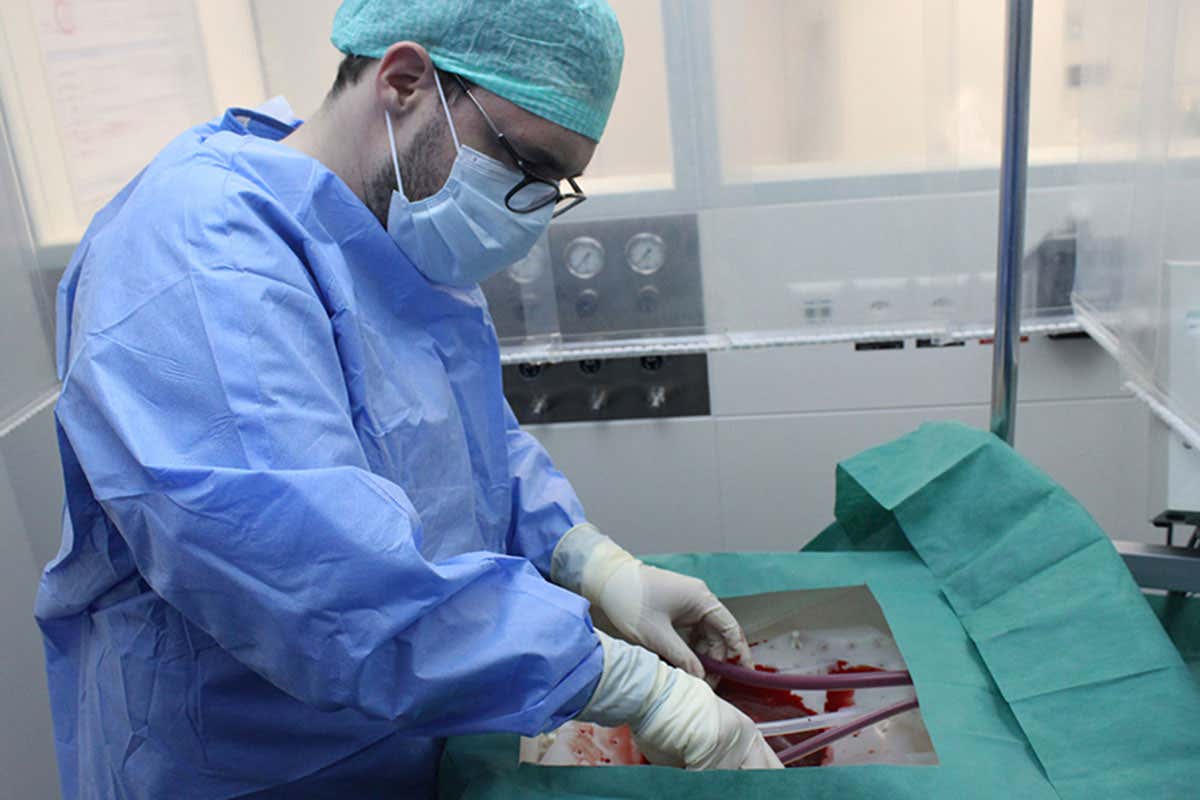 Donated human livers can be kept alive for seven days in a new machine. The device also appears to improve the quality of the livers, say the researchers behind the work. They hope their device will allow more people to get transplants.

Human livers are in high demand. An adult in the UK who needs a donated liver must wait 135 days on average for one to become available, and around 17,000 people in the US are waiting for a liver.

Part of the problem is the short lifespan of livers outside the body. Standard protocols can keep the organs healthy for around 12 hours, although last year a team cooled livers to -4°C to keep them alive for a day and a half.

Pierre-Alain Clavien at the University of Zurich in Switzerland and his colleagues have gone a step further, using a machine to keep human livers alive for seven days. In that time, the organs not only survive, but seem to become healthier, with a decline in the levels of compounds linked to injury and inflammation.

The machine provides oxygen and nutrients to the livers, and maintains a pressure similar to that found inside the body. It also clears cell waste products like carbon dioxide.

Clavien and his colleagues developed the device over the past four years using pig livers. In the latest experiment, the team used 10 human livers that were too damaged to be transplanted. Six of the livers survived in the device.

These livers appeared to be functioning, say the team. The cells continued to perform basic functions such as maintaining basic energy metabolism and making proteins.

However, the organs shrank over the course of the week. By the end of the seven days, the six surviving organs were only about a quarter of their original size. But the authors say this is a sign of reduced swelling.

“The team is to be commended for their technical achievement,” says Simon Afford at the University of Birmingham, UK. But the researchers have yet to prove that the machine will improve liver transplants, he says. Most surgeons prefer to remove and implant donated livers within a few hours. “At the moment, it’s uncertain what clinical benefits this would bring for patients,” says Afford.