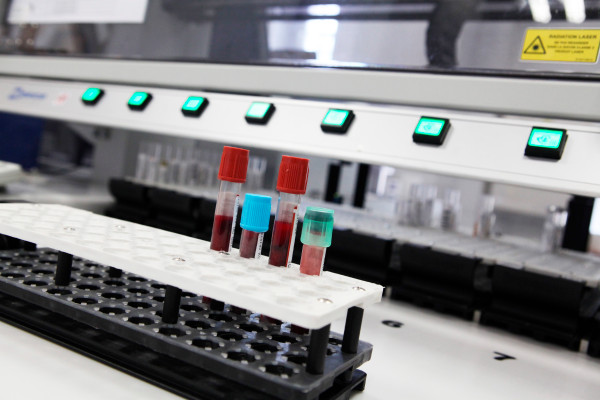 It’s the second incident in the past year after LabCorp said in June that 7.7 million patients had been affected by a credit card data breach of a third-party payments processor. The breach also hit several other laboratory testing companies, including Quest Diagnostics.

This latest security lapse was caused by a vulnerability on a part of LabCorp’s website, understood to host the company’s internal customer relationship management system. Although the system appeared to be protected with a password, the part of the website designed to pull patient files from the back-end system was left exposed. That unprotected web address was visible to search engines and was later cached by Google, making it accessible to anyone who knew where to look. The cached search result only returned one document — a document containing a patient’s health information. But changing and incrementing the document number in the web address made it possible to access other documents.

The bug is now fixed.

Using computer commands, we determined the approximate number of exposed documents by asking the exposed server if a document existed by returning certain properties about the file — such as its size — but not the document itself. This allowed us to see if a document was on the server without accessing large amounts of patient information, and thus preventing any further exposure to the patient’s privacy.

The results showed at least 10,000 documents were exposed.

Of the handful of files we examined to understand what kind of data was exposed, the documents largely appeared to affect cancer patients under the laboratory’s Integrated Oncology speciality testing unit.

The documents contained names, dates of birth, and in some cases Social Security numbers of patients. The documents also contained lab test results and diagnostic data, a class of data considered protected health information under the Health Insurance Portability and Accountability Act (HIPAA). A couple of the documents we reviewed contained a footer notice, which said: “This document contains private and confidential health information protected under state and federal law.”

Running afoul of HIPAA can result in heavy fines.

“This is a massive privacy issue — and one that could impact affected users and patients for years to come,” said Rachel Tobac, a hacker, social engineer, and founder of SocialProof Security. “The sensitive nature of those documents and the leak of private medical status is a huge privacy violation for those patients for obvious reasons, but also sadly for some possibly less glaring reasons, as well.”

Tobac, who reviewed our findings, said medical information can be “terribly useful” for criminals in identity theft, extortion, and phishing, because the victim may be more likely to trust the sender “under the assumption that the message is legitimate because it contains information only their medical provider could or should know.”

The vulnerability was found in-house at TechCrunch and was reported to LabCorp, which later pulled the server offline. Although the web address remains in Google’s search results, the link is now dead.

“I can confirm that we have terminated access to the system,” said LabCorp spokesperson Donald Von Hogan. But the company would not ay if it planed to inform patients and state authorities under data breach notification laws to the security lapse.

LabCorp’s Von Hogan said in a call that the company would not confirm the documents found on the exposed server “are in fact LabCorp information.”

TechCrunch reached out to a number of patients to verify their information. Only one person confirmed by phone that the information in their exposed file was accurate, but expressed that they did not want to be named for this story.

Two other people whose names were in the files had since passed away, according to obituaries.

Markieff Morris Is a Terrible Fit for the Los Angeles Lakers

Charles Barkley Is Disgusted by Cavs’ Treatment of John Beilein, and He’s Right