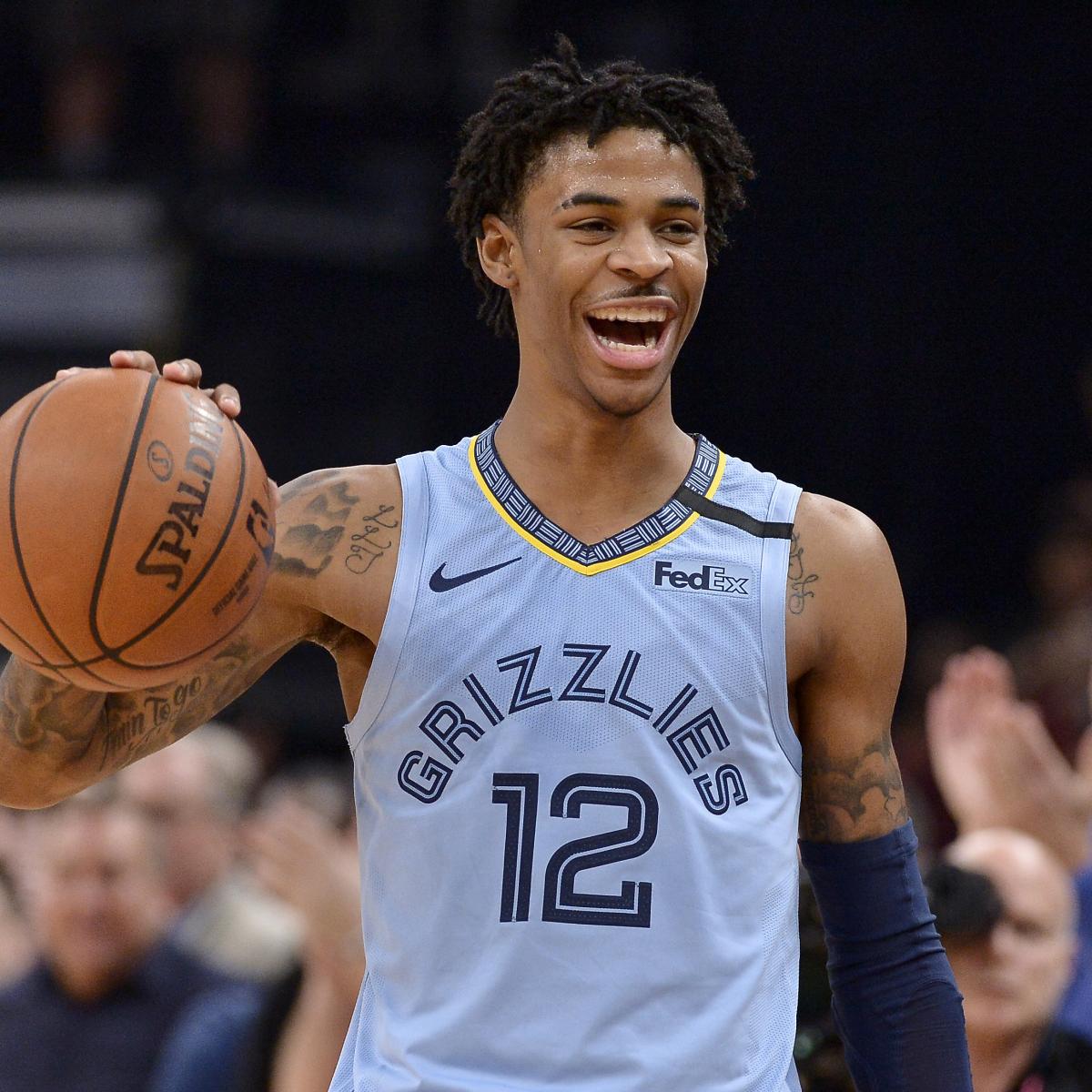 He went for 26 points (on 11 shots), eight assists, five rebounds, a steal and a block in the Grizzlies’ 121-110 win over the Houston Rockets at FedEx Forum.

“[Morant] is the 1st rookie in [NBA] history to record 25+ points and 8+ assists while shooting 90%+ from the field,” Grizzlies PR tweeted after the game.

In another 40-plus-point outburst for James Harden, Morant was undoubtedly the star, and his last three was a dagger.

And it felt fitting that he was matched up against Harden for the shot. He hit a first-quarter three on him too and tried to warn him about what was to come.

It didn’t matter. Morant controlled this game, as he has so many this season, with the poise and ability of a much more experienced 1.

He isn’t just this season’s favorite for Rookie of the Year. He’s also running away with the race with the same speed he displays night in and night out.

After going 10-of-11 from the field and 3-of-4 from three Tuesday, Morant is averaging 18.0 points per game while making 49.4 percent of his shots and 40.7 percent of his three-pointers.

Beyond that, he may be making some history. No rookie has ever hit all three of those marks over a full season.

And those aren’t the only numbers and traits that belie his age (which is a ripe-old 20).

Being a starting point man in the NBA is tough. And it generally takes a few years to develop the necessary feel for the game to be a winning player. Morant sees reads and angles out of pick-and-rolls and in transition that plenty of older guards don’t. He has a level of confidence that allows him to exploit weaknesses as they present themselves and go toe-to-toe with superstars like Harden.

Put it all together, and it’s not surprising that Memphis’ net rating is 2.0 points better per 100 possessions when Ja is on the floor, a swing that ranks in the 62nd percentile.

Knowing how to finish around the rim usually takes time too, especially for smaller guards (Morant is a wiry 6’3″, 175 pounds). But this is another area in which Morant is ahead of schedule.

Putting that kind of pressure on the rim creates scores of opportunities for Ja’s teammates. His per-game average of 2.0 assists out of drives is tied for fourth in the league. So, it should come as little surprise that the Grizzlies’ effective field-goal percentage is 1.5 points better when Morant is on the floor.

And there’s a psychological boost that comes from the way Morant sets up his teammates. Just look at and listen to the reactions to this.

JA MORANT to JJJ has Tony Allen fired up, all the angles https://t.co/mTsjYYCpxr

Ja isn’t just putting up monster numbers. He’s becoming must-see TV. The NBA has already flexed the national schedule this season. It might want to think about adding a Grizzlies game or two. Ja is exactly the kind of athletic and unselfish up-and-comer the league should be showcasing.

“Ja Morant gave a little glimpse into the kind of teammate he is when asked about [the play above],” ESPN’s Tim MacMahon tweeted. “He pointed out that Solomon Hill running the floor created the opportunity to hit Jaren Jackson Jr. for the dunk. ‘Credit to Solo for that play and great finish by Jaren,’ Morant said.”

If there are any areas to nitpick, they’re probably defense and discretion. We’ll start with the latter.

“I cringe a lot, actually,” teammate Brandon Clarke told The Athletic’s Omari Sankofa II about all the tumbles Morant has taken this season. “I’ve seen Ja fall hard so many times now. Every time it’s obviously really, really scary, but he’s a really tough guy, so he finds ways to get up.”

Toughness is important, but Memphis would prefer not to see so many of those iffy landings.

“The Grizzlies are teaching Morant the proper way to fall,” Sankofa wrote. “And while Morant has publicly expressed a desire to stick to his current style of play, he understands that he needs to preserve his body.”

The other nitpick, again, is defense. And this could be a career-long quest. His size starts him at a natural disadvantage in plenty of matchups.

This season, his defensive RAPTOR rating (a metric from FiveThirtyEight that incorporates box-score, on/off and tracking numbers) is minus-2.2. That ranks 221st out of the 270 players with 500-plus minutes.

Morant isn’t necessarily doomed to be a below-average defender, though. He’ll get stronger over the next few years. He’s shown enough basketball IQ on offense to suggest he’ll pick up the subtleties of NBA defense. If Stephen Curry and Damian Lillard could develop into decent cogs for good defenses, so can Morant.

He’s just not there yet. And that’s fine.

And he’s the face of one of the most exciting young cores in the NBA. After Tuesday’s win over the Rockets, the Grizzlies have sole possession of eighth place in the Western Conference. They’re 8-2 in their last 10. The average age of their top 10 in minutes played is under 25. Jackson and Clarke have immense potential as well.

This team has a shot to become one of the most efficient and entertaining squads in the league.

Funny, we could describe Ja the same way.

Sam Amick, Senior NBA writer for The Athletic, joins “The Full 48” to discuss top team moves before the trade deadline, teams in most need of deals, players that may move and All-Star Game ballot selections. 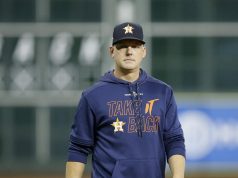