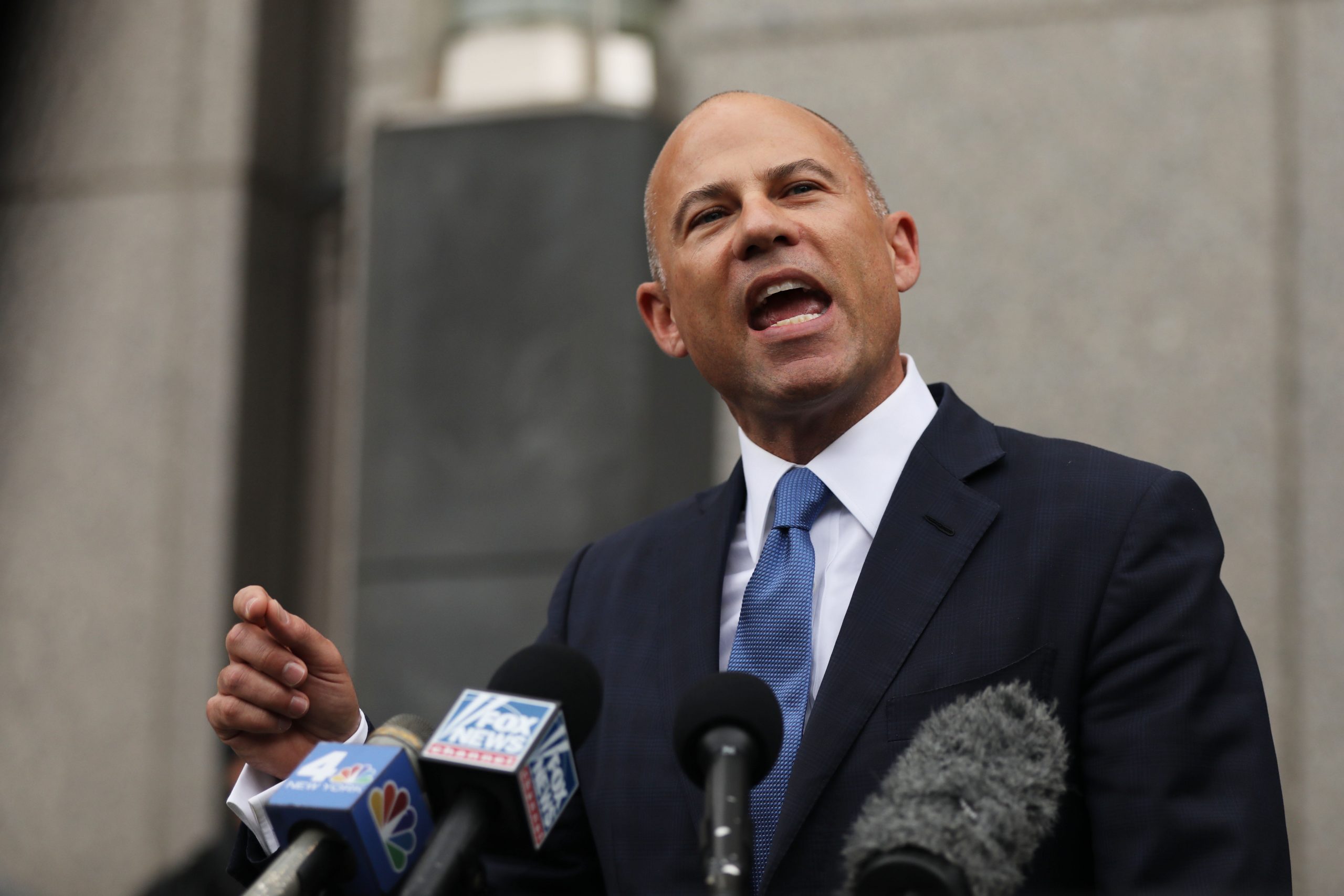 Celebrity attorney Michael Avenatti speaks to the media outside of a New York court house after a hearing in a case where he is accused of stealing $300,000 from a former client, adult-film actress Stormy Daniels on July 23, 2019 in New York City.

Michael Avenatti, the controversial lawyer facing criminal charges in three separate serious federal cases, was dramatically arrested by federal agents in California on Tuesday for allegedly violating the terms of his bail release in one of those cases.

The California Bar is was seeking to place Avenatti on “involuntary active status” in response to a claim of swindling one client out of more than $800,000.

A spokesman for the U.S. Attorney’s Office in Los Angeles, Ciaran McEvoy, told CNBC that Avenatti was arrested by IRS agents from that agency’s criminal investigation division. The IRS is the lead investigative agency in the prosecution in California of Avenatti.

McEvoy said that warrant, which would outline how Avenatti allegedly violated his release conditions, is sealed, so he was unable to reveal the claims.

Under the terms of Avenatti’s bail, his travel had been restricted to and from certain areas of California, New York state and Florida. He had been free on a personal recognizance bond of $300,000, which did not require him to post any money or assets to secure.

Avenatti is scheduled to be presented on the bail violation claim Wednesday in federal court in Santa Ana, California.

The bombastic lititagator is due to go on trial next week in federal court in New York City in another case in which he is accused of trying to extort more than $20 million from athletic apparel giant Nike by threatening to expose alleged evidence of bribing amateur basketball players and their families unless the company paid up.

Prosecutors in the New York case informed the trial judge of Avenatti’s arrest in a letter Tuesday night.

“Completely innocent,” Avenatti said outside the Bar Court after his arrest, according to The Daily Beast, which had a reporter at the bar hearing.

Avenatti has pleaded not guilty to all criminal charges against him, which were lodged last spring, more than a year after he became a leading critic of President Donald Trump in connection with his representation of Daniels, who claims to have had sexual tryst with Trump more than a decade ago.

Hours before his arrest Tuesday, Avenatti was on a telephone conference call with his lawyers, prosecutors and reporters as a judge in Manhattan federal court heard arguments to postpone that trial for the alleged Nike extortion bid by a month to give his defense team more time to digest thousands of pages of documents recently turned over by prosecutors. The judge declined to delay the trial.

He separately is charged in the same Manhattan courthouse with scamming Daniels out of $300,000 in proceeds from of a book deal.

In the California case that is the subject of the bail violation claim, Avenatti is charged in a 36-count indictment accusing him of tax crimes, wire fraud and perjury.

IRS investigators alleged that Avenatti had stolen money through a “tangled financial web of lies” and used it “to fund a lavish lifestyle which had no limits.”

Prosecutors claim that Avenatti hid and then spent a $4 million legal settlement obtained in January 2015 in favor of a mentally ill paraplegic client, and hid a $2.75 million settlement for another client that Avenatti allegedly used to help pay for his share of the purchase of a private jet valued at up to $5 million.

Avenatti has refused to keep a low profile since his arrest, and continued sharing his thoughts on politics and his criminal cases on Twitter.

Avenatti first gained national notoriety in 2018 for his representation of Daniels. Trump’s then-personal lawyer and fixer Michael Cohen paid Daniels $130,000 in hush money shortly before the 2016 presidential election to keep her quiet about her allegations of a fling with Trump, but details of the payment emerged a year after Trump won the White House.

Avenatti became a leading antagonist to Trump and Cohen, and before his arrest had flirted with a run for the presidency in 2020.

Trump denies having had sex with Daniels, but reimbursed Cohen for the $130,000 that was paid to the adult film actress.

Cohen later pleaded guilty to multiple crimes, including campaign finance violations related to the Daniels payoff and a $150,000 hush money payment by the publisher of The National Enquirer to another purported Trump paramour, Playboy model Karen McDougal. Cohen currently is serving a three-year federal prison term.

Trump also denies having McDougal’s claims of an affair with him.

1 in 4 Americans have either lost their job or had pay cut from coronavirus shutdowns: Survey