Home Health How proton radiotherapy can kill cancer in milliseconds 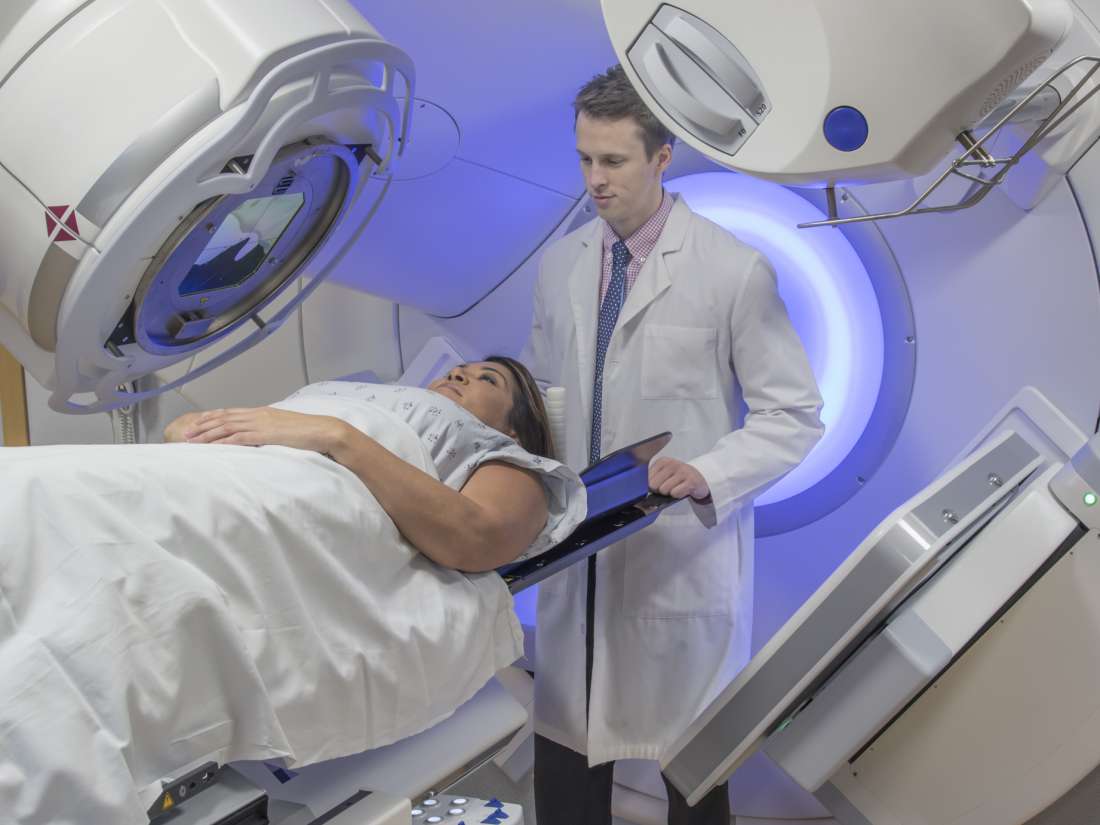 Over half of the people with a cancer diagnosis receive radiation therapy.

Radiation damages the DNA of cancer cells, either slowing their progression or killing them.

However, this is a slow process; radiation does not destroy cancer cells right away — sometimes it takes weeks of treatment to damage the DNA of the cells enough to kill them.

A further reason why radiation treatment can take several weeks is that the therapy is most likely to succeed when cancer cells are growing and dividing into new cells.

So, spreading the treatment over a long period increases the chances that the radiation will target cancer cells when they are in a growing phase.

But new research suggests that there may be a way to administer radiation at record speed while also protecting healthy tissue.

The innovative technique is called FLASH, or ultra-high dose rate radiotherapy, and according to previous research, it uses electrons to minimize healthy tissue damage while targeting tumors.

Importantly, FLASH allegedly achieves these effects in less than a second, which could cut down the duration of radiation sessions exponentially.

The new study shows how using proton radiation instead of electrons or photons, along with other technical adjustments, can turn FLASH into a powerful tool that can deliver radiation in milliseconds.

Dr. James M. Metz, director of the Roberts Proton Therapy Center and Chair of Radiation Oncology at the University of Pennsylvania, in Philadelphia, is the co-senior and corresponding author of the new study, which appears in the International Journal of Radiation Oncology, Biology, and Physics.

As the authors explain in their paper, previous research has suggested that FLASH therapy kills off cancer cells while preserving normal tissue in brain, lung, bowel, and skin cancers.

But is there a dose rate threshold to FLASH therapy? And could scientists deliver FLASH much more quickly while preserving its protective effects and anticancer efficacy?

Previous studies in mice, the researchers say, have shown that increasing the radiation rate of electron radiotherapy can protect against cognitive decline during brain irradiation. And in other mouse models — of pulmonary fibrosis and gastrointestinal radiation syndrome — increasing electron radiation protected healthy tissue.

So the researchers behind the present study hypothesized that using protons instead of electrons in FLASH therapy would make it possible to deliver a higher dose of radiation while keeping its protective effects.

Proving the feasibility of proton FLASH

To test their hypothesis and “to understand the biological effects of [FLASH] proton beams,” the researchers designed and built a radiotherapy apparatus that could deliver FLASH or standard radiation dose rates “using double scattered protons in a […] CT–defined geometry.”

The researchers used a “single pencil beam” to create a “double scatter system,” thus bypassing a difficulty that had stopped previous research teams from creating the necessary radiation dosage or field size.

“We’ve been able to develop specialized systems in the research room to generate FLASH doses, demonstrate that we can control the proton beam, and perform a large number of experiments to help us understand the implications of FLASH radiation that we simply could not have done with a more traditional research setup,” explains Dr. Metz.

“This is the first time anyone has published findings that demonstrate the feasibility of using protons — rather than electrons — to generate FLASH doses with an accelerator currently used for clinical treatments.”

Next, the researchers plan to design an apparatus that would deliver FLASH in this manner to humans.