TOKYO (AP) — Though former Nissan Chairman Ghosn is unlikely to stand trial in a real court, he has made himself a key witness in putting Japan’s justice system on trial.

In his first public appearance after fleeing to Lebanon, Ghosn lambasted unfair detention and bail conditions, said he was presumed guilty and had “zero chance” of a fair trial in a system rigged against him.

“I didn’t run from justice, I left Japan because I wanted justice,” the former auto industry icon said at a spirited, two-hour news conference in Beirut.

With little chance they can extradite him, Japanese authorities struck back with words Thursday.

Tokyo prosecutors, who arrested him in late 2018, said Ghosn had “only himself to blame” for being detained 130 days before being released and for the strict bail conditions like being banned from seeing his wife.

“Defendant Ghosn was deemed a high-profile risk, which is obvious from the fact that he actually fled,” they said.

Because of Japan’s extremely low crime rate, how suspects are treated is surprisingly unknown to Japanese, who tend to trust authoritative figures and assume no one gets arrested without a reason.

In Japan, suspects can be detained in solitary confinement without charge for up to 23 days. Charges can be filed piecemeal to prolong incarceration. Suspects are routinely grilled for hours each day without a lawyer present. Critics call the detention conditions mental torture.

Japan’s conviction rate is higher than 99%, a number that critics, including Ghosn, say indicates unfairness.

Japanese officials insist the conviction rate is so high because they don’t make mistakes and only guilty people are prosecuted. At the same time, they insist there’s presumption of innocence.

It’s an entrenched system that not only leads to confessions but also has judges thinking suspects are guilty, says Tokyo defense lawyer Seiho Cho, who has been trying to change the system.

“They really believe that this system is functioning efficiently and correctly,” he said.

Cho said Ghosn was a high-profile case and the way regular suspects get treated is worse.

Those who insist they are innocent especially are detained longer, some for hundreds of days. Bans on contact with family members are also common, he said.

The ban in Ghosn’s case cited the risk his wife Carole may tamper with evidence. An arrest warrant was issued this week for Carole Ghosn on suspicion of perjury.

Carlos Ghosn argued the ban on contact with his wife was illogical because he was allowed to meet with other family members, implying the decision was meant to wear him out. His decision to escape was driven by his desire to be with his wife, he said.

The preparation for Ghosn’s trial had already taken a year, and the date for his trial was undecided. He was charged with underreporting of future income and breach of trust in diverting Nissan Motor Co. money for personal gain, the two separate charges complicating and prolonging his trial process.

If convicted, he could face 15 years in prison. Prosecutors also can appeal district court decisions, prolonging the process for defendants.

“Even when they are eventually exonerated, they have already lost so much,” Cho said, noting some suspects have lost their jobs, their reputation, even their families.

Among the famous cases of wrongful convictions is Iwao Hakamada, who spent 48 years in prison until new DNA evidence won his release from death row in 2014. He had been questioned, beaten and bullied by police daily in detention and confessed to murdering a family of four, but asserted his innocence when his trial began.

Frenchman Mark Karpeles was arrested in 2015 after his bitcoin exchange collapsed. He spent 11 months in detention, although he was eventually cleared of embezzlement and fraud allegations. He got a suspended sentence, meaning no additional jail time was required, on a conviction on charges of manipulating electronic data. He is appealing. Karpeles said he was an innocent victim of hackers.

A true-life story of a man who refused to sign a confession that he groped a woman on a crowded commuter train became a popular 2007 movie. The film depicts a five-year legal battle for exoneration, highlighting the burden of proof of innocence was on the accused rather than police and prosecutors proving guilt.

Although Ghosn has drawn attention to the system’s possible flaws, Cho was worried about a backlash, with release on bail getting tighter.

“We had gradually been making progress, but this could set us back,” said Cho.

For example, with the idea of introducing an electronic tether, which Japan lacks and Ghosn had proposed to get bail, fewer people could end up getting bail, and, on top of that, get electronically monitored.

Interpol has published a wanted notice for Ghosn but it is non-binding. Chief government spokesman Yoshihide Suga said whether Ghosn would be extradited was Lebanon’s decision but that Japan would cooperate with international organizations “so that Japan’s criminal justice system can be operated appropriately.”

Jacques Deguest, an expert on Japanese law and business, thinks Ghosn’s case is so embarrassing for Japan it may discourage some non-Japanese from wanting to invest or live in Japan.

“Prosecutors are regarded as guardians and protectors of Japanese culture,” said Deguest, an investor, lawyer and consultant.

Their super-efficient, but often brutal, practices have resisted change, but sometimes pressures from abroad can bring about change in Japan, Deguest said.

“Change happens often through crisis because it forces people to be uncomfortable with the status quo and forces them to move on,” he said.

“This Ghosn case is great in terms magnitude because it has the power to put the external pressure on Japan that we all love,” Deguest said.

Ghosn was careful not to blame the people of Japan for what he called the nation’s injustices.

He led Nissan for two decades, steering the automaker back from near-bankruptcy to a thriving brand, although sales and profits have tumbled since his arrest.

Ghosn said people on the streets who spotted him while he was out on bail would come up to him.

They would tell him, he said in Japanese, “Ghosn-san gambatte kudsai,” using the honorific for his name, saying: “Hang in there.” 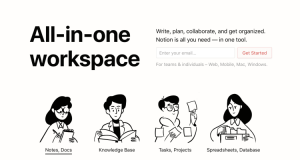