Founded in 2018 by Magnus Grimeland (the former CEO of Zalora, which sold to Global Fashion Group), and initially launched in Singapore, Antler runs a company builder program in multiple locations, not entirely dissimilar to London headquartered Entrepreneur First, which pioneered the pre-team, pre-idea model of talent investing.

Like EF, Antler invites applicants to apply to its various programs with the aim of helping them find a co-founder and settle on a new startup idea. It provides a stipend for the first two months to cover participants basic living costs, and then pre-seed funding. Later-stage capital is also available for successful companies. In order to provide this funding, Antler has local funds in each geography.

“At Antler, we aim to work with exceptional people regardless of their industry or specialization, as long as they have a clear spike, drive and grit,” Grimeland tells TechCrunch. “We also specifically aim at diverse cohorts, to mix great technologists, product builders and operators. This includes extremely strong people who’ve been part of building great technology companies before, such as Spotify, iZettle, Grab or Lazada, or sold their previous startups”.

With regards to investment, the Antler founder and CEO says the VC looks at a broad range of tech, “not only deep tech”. This has seen it invest in fintech, proptech, robotics, D2C brands and many other sectors. “During our program we want our portfolio companies to build an MVP and already show traction before they present at our demo day,” he explains.

Asked if Antler could be considered an EF clone (perhaps a cheap shot on my part, given Grimeland previous ties to Rocket Internet), he gives an emphatic “no”. “There are thousands of exciting business models that aim to help individuals start or scale businesses, and each are different, with their own angle. We are doing something unique at Antler,” he replies.

To that end, since launching in 2018, Antler says it has invested in over 120 companies, a number of which have announced further funding from well-known VCs. For example, both Airalo and Cognicept have been backed by Sequoia, and Sampingan has received funding from Golden Gate Ventures.

Emirates will suspend most passenger flights by March 25 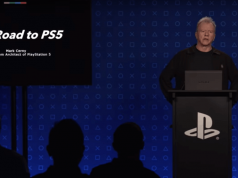