Home Tech Could the Deadly Coronavirus Actually Be a Man-Made Killer Disease? 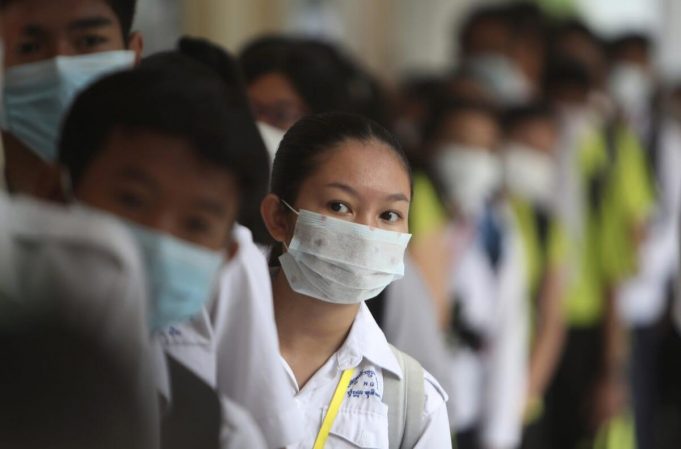 2016 documents show that the Wuhan Institute of Virology, an organization increasingly suspected of being linked to the Wuhan coronavirus outbreak, has been studying the virus over the last several years. This comes as a growing body of evidence suggests the disease did not originate in a seafood wet market as the Chinese government claims.

If the unconfirmed reports are true, it would not be the first time a deadly disease has escaped from a Chinese research facility. In March 2004, 9 people became infected with 1 fatality after the deadly SARS virus escaped from the National Institute of Virology in Beijing, China. The current coronavirus outbreak may have a similar origin.

According to reports from the South China Morning Post, Hong Kong’s newspaper of record, the Wuhan coronavirus outbreak may be monumentally more severe than the government is admitting. Academics from the University of Hong Kong (HKU) now estimate that the number of infected in Wuhan has reached 43,590 – a staggering 1456% higher than the official figure which stands at 2800.

A data-driven mathematical model from HKU academics predicts the number of infections of the Wuhan coronavirus could see 150,000 new cases every day in the Chinese megacity of Chongqing alone between late April and early May.

The Chinese government continues to claim that only 2,800 people are infected. But their actions suggest even they don’t believe this figure.

Authorities had allocated a record-breaking $9 billion in funding to combat the coronavirus outbreak. They have also quarantined entire cities with a total population of over 60 million. This is in addition to erecting several brand-new 1,000-bed hospitals from scratch. These don’t look like the actions of a government that believes only 2,800 people are infected.

Wuhan Seafood Market May Not be Origin of the Virus

According to data published in The Lancet medical journal, 13 of the 41 initial cases of Wuhan Coronavirus (2019-nCoV) had no link to the seafood market purported to be the origin of the disease. If you ask Daniel Lucey, an infectious disease specialist at Georgetown University, that number is too big to ignore.

He states the following:

No epidemiological link was found between the first patient and later cases. Their data also show that, in total, 13 of the 41 cases had no link to the marketplace. That’s a big number, 13, with no link.

He goes on to add:

Did the Virus Leak from the Wuhan Institute of Virology?

Unconfirmed reports suggest the Wuhan Institute of Virology may be a possible source of the deadly virus outbreak. If the Wuhan coronavirus leaked from the institute, it would not be the first time such a breach has occurred in China.

In 2004, five top officials from the Chinese Center for Disease Control and Prevention were punished for a SARS outbreak that occurred due to a leak in their facility. The leak occurred at the Beijing Institute of Virology where researchers were conducting live and inactive SARS coronavirus experiments. Two workers became infected with SARS and later spread the disease to others.

SARS originally emerged in 2002 before spreading to infect 8,000 people around the globe. The virus killed 800 people.

Markieff Morris Is a Terrible Fit for the Los Angeles Lakers

Charles Barkley Is Disgusted by Cavs’ Treatment of John Beilein, and He’s Right