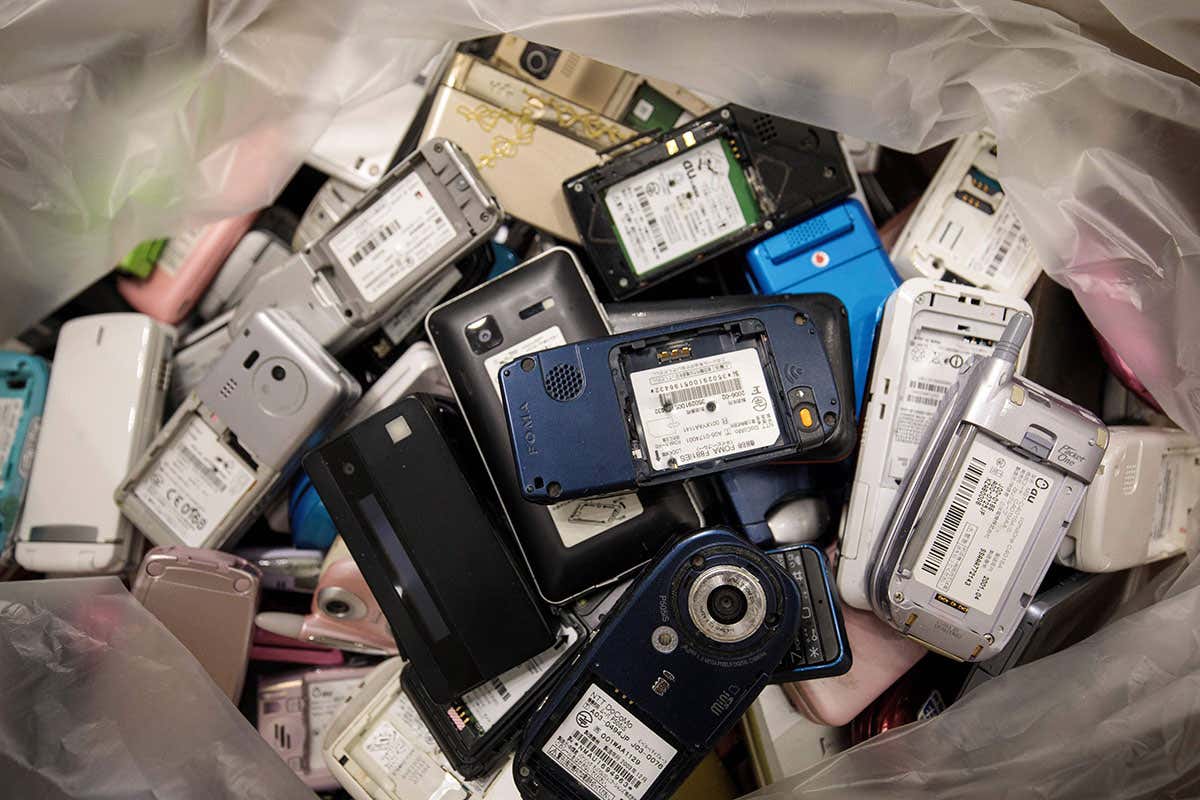 Captured carbon dioxide could be used to extract useful metals from recycled technology such as smartphone batteries rather than just being buried underground. The technique could help make it more economical to capture the greenhouse gas before it enters the atmosphere.

“By simultaneously extracting metals by injecting CO2, you add value to a process that is known to be cost-intensive,” says Julien Leclaire at the University of Lyon, France.

Carbon dioxide is the main cause of modern climate change, so many people have attempted to develop technologies to capture it when it is emitted from power plants and other major sources. The gas can then be stored underground. The problem is that such carbon capture and storage (CCS) is expensive. “No one wants to pay the price for it,” says Leclaire.

To make CCS more appealing, Leclaire’s team has found a use for the gas.

His team collected CO2 from a car exhaust, cooled it, then pumped it into a mix of chemicals called polyamines. The CO2 combined with the polyamines to make many molecules of differing shapes and sizes.

The team found that this process could sort out mixtures of metals, because one metal would dissolve in the liquid while another would form a solid. In a series of experiments, they successfully separated lanthanum, cobalt and nickel – all of which are used in batteries, smartphones, computers and magnets.

If the process can be scaled up, it could be a more environmentally friendly way to recycle batteries and other electrical equipment, says Leclaire. This is normally done using highly reactive chemicals such as acids, which are potentially polluting. Replacing them with CO2 should lead to a much lower environmental footprint, he says.

Other researchers and companies are trying to convert captured CO2 into useful materials like plastics, which are normally produced from petroleum, but this is chemically difficult. Leclaire says his approach is more in line with how CO2 behaves naturally. “Instead of mimicking what we know how to do better and cheaper with oil, let’s find things you can only do with CO2,” he says.