Home Health Anxious about the news? Our top tips on how to cope 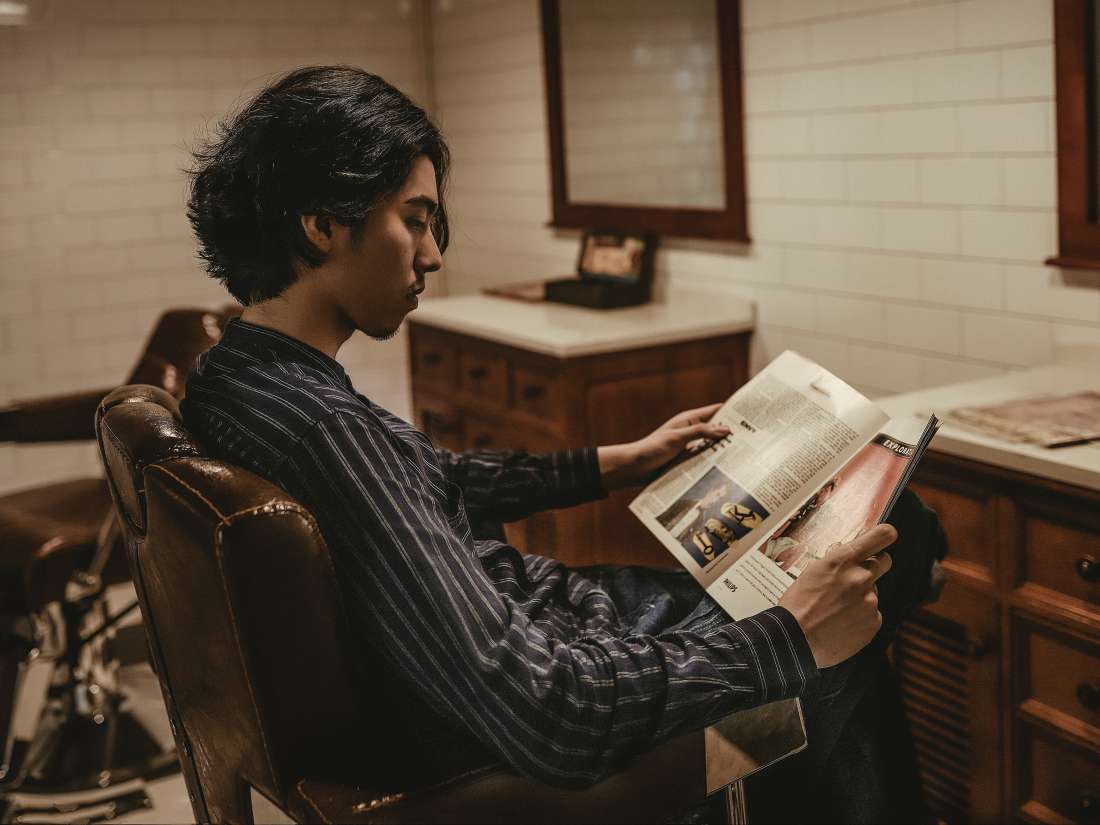 It may seem as though we have entered an age of bad news. Every day for the past few years, newspapers and news websites have turned out stressful headlines full-blast.

And — why not admit it? — though we aim to provide our readers with constructive, actionable content at Medical News Today, we, too, sometimes end up highlighting news that could be stressful.

While our intent is positive, to warn our readers about possible health dangers and empower our audience to avoid them, our content may sometimes lead to worry and anxiety.

So what can you do if what seems like a constant cycle of negative news throughout every media outlet is getting you down and interfering with your well-being?

In this Special Feature, we look at some tips for coping with the special kind of anxiety that can come from reading the news.

While news cycle-related anxiety has probably existed for centuries, it became particularly obvious in 2016, a year packed with global events that polarized communities.

When people started reporting tension and anxiety that stemmed from feeling bombarded by alarming news headlines, some therapists came to describe this as its own phenomenon.

For example, therapist Steven Stosny, Ph.D., refers to it as “headline stress disorder” in an opinion piece for The Washington Post. He describes his personal experience with clients in whom the grueling news cycle triggered intense feelings of worry and helplessness, and he reports that this particularly affected female clients.

Stosny’s observations may be spot-on. According to a study from 2012, women are better than men at remembering negative news for longer periods. They also have more persistent physiological reactions to the stress caused by such news, the study’s authors conclude.

“Many feel personally devalued, rejected, unseen, unheard, and unsafe. They report a sense of foreboding and mistrust about the future,” Stosny writes.

A survey conducted by the American Psychological Association (APA) found that between August 2016 and January 2017, people in the United States reported an overall average stress level increase from 4.8 to 5.1 on a scale where 1 means little or no stress and 10 means an extremely high level of stress.

According to the researchers, this was the first notable increase in average stress levels in the decade since the association first started conducting these surveys.

The APA’s 2019 report on stress levels in the U.S. population did not find much of a difference compared with past years, except in one respect: Respondents said that they felt distinctly more anxiety about specific topics.

According to the most recent poll data from the report, adults in the U.S. experienced the highest amounts of stress about politics, healthcare, and mass shootings.

Meanwhile, climate change and sexual harassment — other topics frequently covered in the news — also caused significantly more stress in 2019 than in 2018.

Millennials and Gen Zers most affected

The report’s authors found that “More than 7 in 10 adults (72%) agree with the statement that the ‘media blow things out of proportion,’ and more than half (54%) say that they want to stay informed about the news, but following it causes them stress.”

Differently aged groups reported different levels of stress that they attribute to the news media, with more people in their 30s and younger admitting to being upset by the news cycle:

The authors also add that many people choose to deal with this issue by avoiding the news. “Nearly 2 in 5 adults (39%) report that they have taken steps over the past year to reduce their news consumption,” they write.

Take a break from the news

When faced with anxiety about what feels like a constant cycle of negative news, the best approach may be to step away and take a break from these reports, at least for a while.

For some, the anger, hopelessness, and feeling of powerlessness that can stem from sustained exposure to stressful news can really stand in the way of being productive on a day-to-day basis.

MNT spoke with one person who says that she has been living with complex post-traumatic stress disorder (PTSD). For her, taking a break from the news was the only way to cope with news-related anxiety.

“I have huge news anxiety,” she told us. “I realized a decade ago that the only way to really cope with my mental health was to not read the news or watch the news on [TV]. It means that I rarely have a clue [as to] what’s going on in the world, and I feel [bad] when I hear people talking around me, but it also means that I can get out of bed in the mornings.”

Switching to other activities may also help — not only to take your mind off negative scenarios for a while, but also to help regulate the emotions and make positive connections.

“It’s vital to step back and recharge sometimes,” another person who spoke with MNT about her news-related anxiety explains.

“My solution for news-based anxiety is the same as for any anxiety I’m feeling — I need to get out into nature, read some books, engage in some face-to-face conversations, and shun screens for a while,” she adds.

As research has shown, reading can also help reduce stress, as can exercise, listening to music, and practicing meditation.

Katherine C. Nordal, Ph.D., the APA’s executive director for professional practice, likewise emphasizes the importance of taking a break from the news cycle and turning to other activities instead:

“Read enough to stay informed, but then plan activities that give you a regular break from the issues and the stress they might cause. And remember to take care of yourself and pay attention to other areas of your life.”

Focus on what you can solve

Instead of, or as well as, unplugging from the news, one way of coping with news-related anxiety is to focus on issues that you can help solve.

Negative world news, regarding acts of violence or the impact of a devastating hurricane, for example, can make people feel powerless and defeated.

But everyone can do a little something to make the world better — by contributing to positive changes in their communities, families, or even themselves.

One reader who spoke with MNT said that constant exposure to bad news made her want to spring into action — so she did, at a local level.

“I was feeling helpless and useless after a summer of bad news, so I joined a small but passionate political party,” she told us. “It can be tempting to disengage, but stepping back was making me feel like I was letting others decide my future for me.”

Another MNT reader took a similar approach and found that making a conscious decision to turn away from the news and start focusing on positive changes in one’s own life can feel empowering and help relieve anxiety.

“It feels like, increasingly, the news causes me anxiety. […] It used to really get me down, especially thinking about what kind of world I’m bringing my children into,” this reader told us.

But one morning, after getting wound up by more anxiety-inducing breaking news, she and her partner decided that enough was enough:

“[My husband and I] briefly discussed [the distressing news], agreed […] that it’s not worth focusing on, and then quickly changed the subject to talk about what we are focusing on this year to make our planet and immediate community better. Doing that takes away the feeling of hopelessness and puts some power back in my own hands to make the change I want to see in the world.”

Research has shown that getting involved in one’s community by volunteering for local causes can boost a person’s sense of well-being, reinstill a feeling of purpose, and solidify a sense of identity within the community.

When it feels as though a barrage of bad news can reach us all too easily, we sometimes need to make an effort to find positive news. This can help counteract news-related anxiety.

While we may feel that it is our responsibility to understand what is going wrong in the world so that we can find a way to fix it, it is also very important to find out what is going well so that we feel motivated, hopeful, and uplifted.

In an older study, researchers from the University of Sussex, in Brighton, United Kingdom, have shown that when we watch, read, or listen to negative news, it can exacerbate our tendency to worry about and formulate catastrophizing scenarios about issues in our own lives — even if they have no obvious connection to the news topics.

“The results of [our] study show that watching a predominantly negatively valenced news program raised self-reported measures of anxious and sad mood and subsequently led to the enhanced catastrophizing of personal worries,” the researchers write.

That is why Karen McIntyre, Ph.D., from the Virginia Commonwealth University, in Richmond, and Cathrine Gyldensted, from the Open Eyes Institute in Amsterdam, the Netherlands, argue that we need a lot more constructive journalism.

The two researchers coined this term to describe a type of journalism that focuses more on possible solutions to ongoing problems and on presenting “the other side,” rather than just focusing on the problems themselves.

“We have […] defined constructive journalism as ‘journalism that involves applying positive psychology techniques to news processes and production in an effort to create productive and engaging coverage while holding true to journalism’s core functions.'”

One person whom MNT spoke with emphasized how important news with a positive streak has been when it comes to fighting anxiety that results from negative news.

“[I’ve been reading] positive news, [which] helps me balance out the negatives, and [it] also provides some actionable ideas. Traditional news tells you about trauma and sometimes points out the ways in which you’re complicit, but it doesn’t give you the next step.”

This person was eager to access news written from different, more constructive perspectives — articles or segments that “provide great examples of people making progressive change, which people can then emulate and feel like they’re making a difference.”

When the news cycle brings us down with an outpour of calamities, it is crucial to ask ourselves more about our relationship with the news. Why do we access it, and what do we hope to get from this?

When we turn on the news, we must seek to prioritize our own well-being, in order to make positive changes in the world.