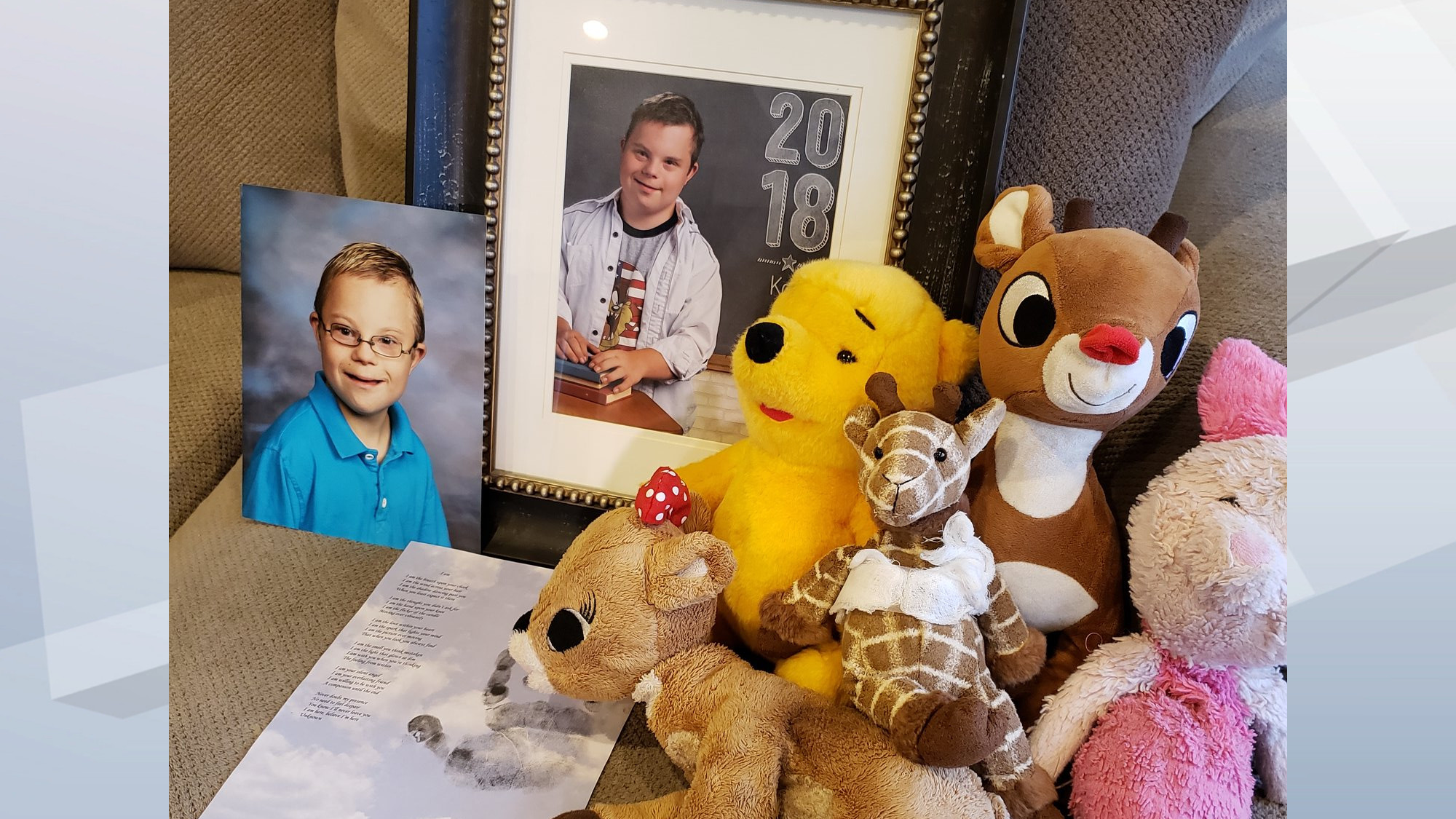 A young Neenah man is being remembered as a hero in death for giving three other people a chance to live.

Jacob Bernhardt, who also went by Kobi, passed away the day after Christmas due to complications from pneumonia.

Unknown to his family, Kobi had become an organ donor.

“It was about the simple things for him. He didn’t need fancy toys, he was very entertained with the very simple things,” says Tom Bernhardt, Kobi’s dad.

Kobi Bernhardt’s sweet smile touched many lives. He had Down syndrome and autism and inspired happiness in many people he met.

Tom and Rachel Bernhardt say there’s no way to describe how it feels to lose a child–especially one as special as Kobi.

They say they received a moment of peace when they learned Kobi’s organs saved three lives.

“It was tough because Christmas was his favorite time of year,” says Tom. “He looked forward to it as early as July, so we’d watch Rudolph in summer. So it was really tough, going through this, during that time.”

Kobi loved his family, camping and working with dad. He also inspired others to find the happiness in each day.

“People with disabilities have certain abilities that they’ve been brought onto this earth and people should embrace that,” says Rachel. “And I think that also they should see that these children and adults with Down syndrome, that they can also be a life saver.”

Today I’ll be telling Kobi’s story. He passed away on the 26th, but ultimately his legacy lives on through the three people he saved by being an organ donor. His family shared with me memories and say his happy spirit will always be with them. @WBAY pic.twitter.com/gc2oTwGQSL