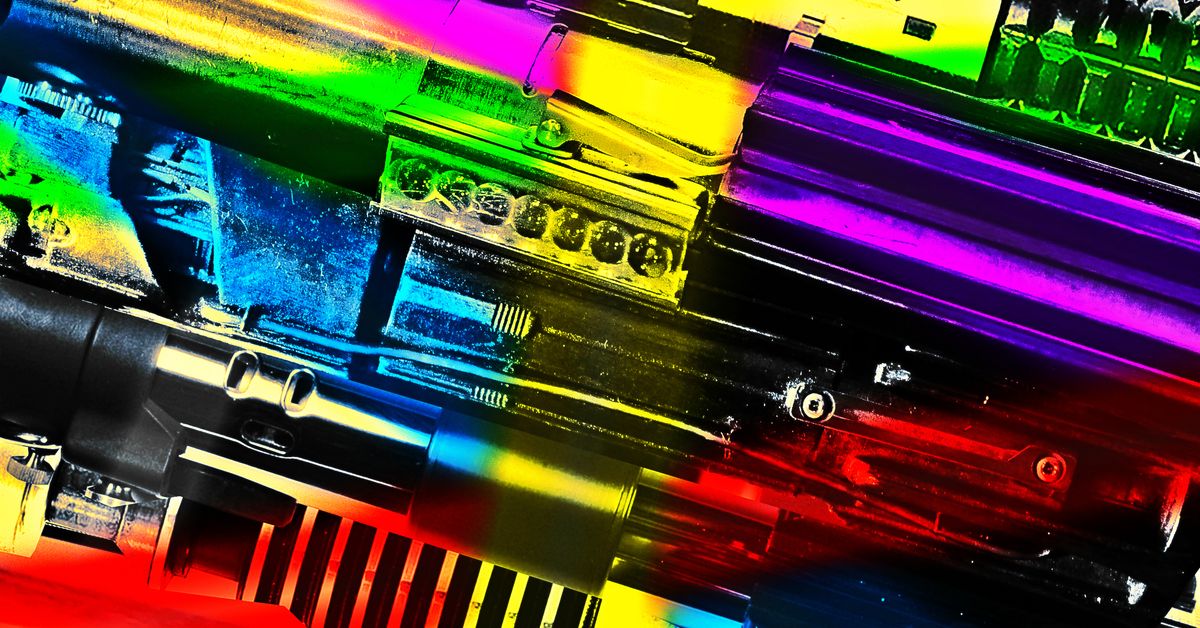 Though The Rise of Skywalker spent much of its running time returning to old ideas, the film’s final scene did offer something new. After defeating her grandfather, Emperor Palpatine, and ending the Sith threat (at least for now), Rey journeys to Tatooine. There, outside of Luke’s childhood home, she buries his and Leia’s lightsabers, before igniting her own, crafted from the staff we first saw her wield on Jakku. That much is normal; building a lightsaber is common practice among Jedi. It’s what happens when she ignites it that is exciting.

Unlike Luke or Leia’s sabers—green and blue, respectively—Rey’s is yellow, marking the first time a weapon of that color has graced the big screen (though it’s been seen with some frequency in Star Wars television shows).

Across the nine films of the Skywalker saga, we see only four colors of saber. Jedi like Obi-Wan Kenobi and Anakin Skywalker used blue lightsabers, while Yoda favored a green saber. The Sith use red lightsabers, and because Samuel L. Jackson wanted to stand out in a crowded battle scene, Mace Windu was granted a purple lightsaber.

As Jyn Erso explains in Rogue One, lightsabers are powered by kyber crystals—a rare Force-attuned shard scattered across the galaxy. Think of them as the battery that powers the blades. When first acquired, kyber crystals are colorless, but they take on a color depending on who finds them, and what that person does to them. Each color of kyber crystal has meaning, and the wider Star Wars canon has seen almost every possible hue imaginable represented. Even within colors, there are subsets that differentiate sabers. Obi-Wan’s third saber, for example, was a “medium blue,” while Anakin Skywalker’s first was “deep blue.” By now, though, there’s enough Star Wars lore to classify lightsaber colors based on defining characteristics:

Which brings us to Rey’s new yellow lightsaber. In Star Wars lore, the yellow saber isn’t as rare as it has been on the big screen. Jedi Sentinels, who sought balance between the Consulars (who were strong with the force) and Guardians (who were skilled in battle), used yellow blades. In the animated series Star Wars Rebels and Star Wars: The Clone Wars, Jedi temple guards wielded yellow lightsabers, as did Dathomirian Nightsister/onetime Sith assassin Asajj Ventress. And before she switched to her white sabers, Ahsoka Tano owned a yellow blade, as well.

That Rey finishes her arc with a yellow lightsaber is noteworthy. The Sentinels who made the color famous were masters in both combat and Force use, were often excellent spies, and made for excellent defenders of the Jedi order. And they were few and far between: Even in the animated series, Sentinels were relatively uncommon, sparser than the Guardians or Consulars. But in many ways, the yellow saber makes sense for Rey. She’s shown herself to be highly skilled with a saber, going back to her first battle with Kylo when, as an untrained fighter on the snowy surface of Ilum (a planet known for its large quantities of kyber crystals), she more than held her own. As the trilogy progressed, so too did her skill in swordplay—shout-out to the Throne Room Scene—and with the Force, as well, even to the point that she couldn’t believe what she was doing.

Only time will tell whether Rey is indeed the last Jedi, as the finale of the trilogy’s second film would suggest, but her choice of lightsaber color indicates a protective instinct in line with her story arc. Rey loves and defends her friends, has shown skill in both battle and with the Force, and holds the Jedi order in high regard, as proved when she swiped the ancient Jedi texts from Luke’s hideaway on Ahch-To. While we may not know what happens to her next, if her saber is any indication, the future of the galaxy is secure—at least for now.