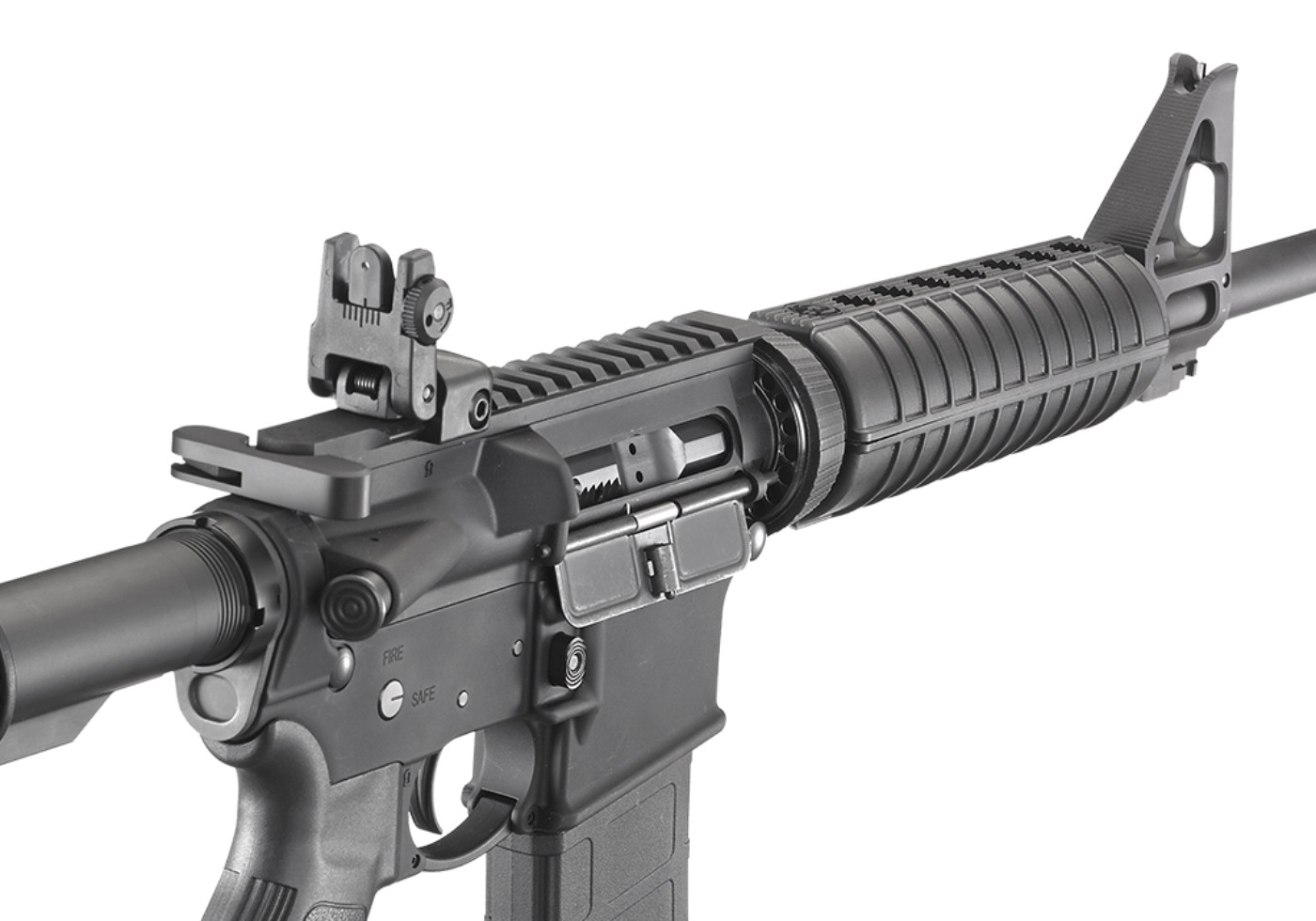 Key Point: For those that want an AR experience in a handgun form, the AR-556 is one firearm to consider.

The AR-15 rifle, or ArmaLite Rifle-15, was developed by Eugene Stoner as a potential military firearm. The AR-15, first adopted by the U.S. Air Force and later by the rest of the armed forces, is a gas operated, direct impingement firearm that siphons off gunpowder gasses to cycle the weapon. This also has the beneficial side effect of significantly reducing recoil, allowing a rifle shooting a 55-grain cartridge at velocities in excess of 3,000 feet per second to be easily manageable.

Modifications to the AR-15 gas system can also allow for the use of very short barrels, barrels technically shorter than those allowed under the Federal National Firearms Act (NFA). The NFA identifies rifles with barrel lengths shorter than sixteen inches as subject to special regulation, typically involving additional paperwork and a tax stamp. Such “short barrel rifles” are also illegal in many states and municipalities, further complicating their purchase.

A popular workaround to the NFA is the classification of a weapon as a pistol instead of a short barrel rifle. Pistols are not regulated by barrel length. That having been said, pistols do not have buttstocks and are typically not fired from the shoulder. The Bureau of Alcohol, Tobacco, and Firearms however recently declared arm braces on AR-15 “pistols” are in fact legal, even when the “braces” are incidentally capable of firing  (though not comfortably) from the shoulder.

The Ruger AR-556 pistol is one example of an AR pistol made legal by this declaration. The AR-556 has a barrel length of just 10.5 inches and an overall length of 25.3 to 27.9 inches. It is 7.2 inches high. Equipped with a standard buttstock, the “pistol” would be an NFA firearm. Instead, it is equipped with a SBA3 Pistol Stabilizing Brace. The SBA3 wraps around the user’s shooting arm for support during firing. It could also technically be fired from the shoulder like a rifle. Like a regular AR-15, the overall length of the arm brace can be adjusted to increase or decrease the overall length of the weapon, adjusting to the user’s own unique ergonomic profile.

The AR-556 has all of the benefits of any other AR-15 style weapon, including semi-automatic operation, the same method of operation, and the same procedures for clearing a jammed weapon. This makes it easier for an AR-15 rifle owner that also wants a pistol to quickly master the AR-556. Ruger’s pistol also takes the same magazines as the AR-15, including standard capacity 20- and 30-round magazines and 10- or 15-round magazines for gun owners living in states with strong gun control laws. The use of the NATO STANAG magazines is in contrast to Ruger’s older Mini-14 and Mini-30 rifles, which use proprietary, relatively expensive Ruger magazines.

Ruger’s AR pistol has a barrel length of 10.5 inches with a 1 in 8-inch barrel twist. This twist, a compromise between the 1 in 9-inch twist for 55-grain bullets and a 1 in 7-inch twist for 62 grain and larger bullets, is capable of handling practically all weights of .223 Remington/5.56-millimeter rounds. The barrel is shrouded by a free-float handguard that only touches the rest of the rifle at the barrel nut, ensuring that pressure on the handguard will not affect aim of the pistol. The handguard is machined with M-LOK slots for the attachment of aiming lasers, flashlights, and other accessories.

The AR-556 is unique in the world of ARs in being sold without sights. The weapon lacks a red dot sight or even elementary backup iron sights. It does, however, have a full-length Picatinny rail that extends from the rear of the upper receiver to the tip of the barrel. This allows for user installation of optics such as an Aimpoint T-2 micro red dot sight, Sig Sauer Tango 6 1-6x variable power short range telescopic sight, or Magpul MBUS Pro iron sights.

Ruger’s pistol is finished off with a standard A2 birdcage flash hider common to all basic AR-15s. The 0.5 by 28-inch threads are also industry standard, allowing a wide range of flash hiders, muzzle brakes, compensators, or some combination thereof to be installed by the user at a later date. The AR-556 threads can even support a suppressor or muzzle device that allows a suppressor to be quickly installed and removed.

The AR-556 is one of many so-called AR pistols. Although many owners experienced with the AR platform may choose to build their own pistol from parts, the gas system for shorter barreled weapons can be tricky to optimize, and buying a complete pistol is a time-saving option. For those that want an AR experience in a handgun form, the AR-556 is one firearm to consider.

Kyle Mizokami is a writer based in San Francisco who has appeared in The Diplomat, Foreign Policy, War is Boring and The Daily Beast. In 2009 he co-founded the defense and security blog Japan Security Watch. This article first appeared earlier this year.