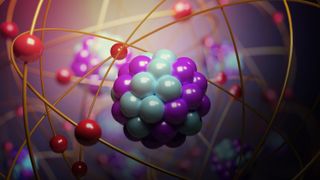 The smallest scale events have giant consequences. And no field of science demonstrates that better than quantum physics, which explores the strange behaviors of — mostly — very small things. In 2019, quantum experiments went to new and even stranger places and practical quantum computing inched ever closer to reality, despite some controversies. These were the most important and surprising quantum events of 2019.

If one quantum news item from 2019 makes the history books, it will probably be a big announcement that came from Google: The tech company announced that it had achieved “quantum supremacy.” That’s a fancy way of saying that Google had built a computer that could perform certain tasks faster than any classical computer could. (The category of classical computers includes any machine that relies on regular old 1s and 0s, such as the device you’re using to read this article.)

Google’s quantum supremacy claim, if borne out, would mark an inflection point in the history of computing. Quantum computers rely on strange small-scale physical effects like entanglement, as well as certain basic uncertainties in the nano-universe, to perform their calculations. In theory, that quality gives these machines certain advantages over classical computers. They can easily break classical encryption schemes, send perfectly encrypted messages, run some simulations faster than classical computers can and generally solve hard problems very easily. The difficulty is that no one’s ever made a quantum computer fast enough to take advantage of those theoretical advantages — or at least no one had, until Google’s feat this year.

Not everyone buys the tech company’s supremacy claim though. Subhash Kak, a quantum skeptic and researcher at Oklahoma State University, laid out several of the reasons in this article for Live Science.

Another 2019 quantum inflection point came from the world of weights and measures. The standard kilogram, the physical object that defined the unit of mass for all measurements, had long been a 130-year-old, platinum-iridium cylinder weighing 2.2 lbs. and sitting in a room in France. That changed this year.

The old kilo was pretty good, barely changing mass over the decades. But the new kilo is perfect: Based on the fundamental relationship between mass and energy, as well as a quirk in the behavior of energy at quantum scales, physicists were able to arrive at a definition of the kilogram that won’t change at all between this year and the end of the universe.

Read more about the perfect kilogram.

A team of physicists designed a quantum experiment that showed that facts actually change depending on your perspective on the situation. Physicists performed a sort of “coin toss” using photons in a tiny quantum computer, finding that the results were different at different detectors, depending on their perspectives.

“We show that, in the micro-world of atoms and particles that is governed by the strange rules of quantum mechanics, two different observers are entitled to their own facts,” the experimentalists wrote in an article for Live Science. “In other words, according to our best theory of the building blocks of nature itself, facts can actually be subjective.”

Read more about the lack of objective reality.

Entanglement got its glamour shot

For the first time, physicists made a photograph of the phenomenon Albert Einstein described as “spooky action at a distance,” in which two particles remain physically linked despite being separated across distances. This feature of the quantum world had long been experimentally verified, but this was the first time anyone got to see it.

Read more about the unforgettable image of entanglement.

Something big went in multiple directions

In some ways the conceptual opposite of entanglement, quantum superposition is enables a single object to be in two (or more) places at once, a consequence of matter existing as both particles and waves. Typically, this is achieved with tiny particles like electrons.

But in a 2019 experiment, physicists managed to pull off superposition at the largest scale ever: using hulking, 2,000-atom molecules from the world of medical science known as “oligo-tetraphenylporphyrins enriched with fluoroalkylsulfanyl chains.”

Read about the macro-scale achievement of superposition.

Under normal circumstances, heat can cross a vacuum in only one manner: in the form of radiation. (That’s what you’re feeling when the sun’s rays cross space to beat on your face on a summer day.) Otherwise, in standard physical models, heat moves in two manners: First, energized particles can knock into other particles and transfer their energy. (Wrap your hands around a warm cup of tea to feel this effect.) Second, a warm fluid can displace a colder fluid. (That’s what happens when you turn the heater on in your car, flooding the interior with warm air.) So without radiation, heat can’t cross a vacuum.

But quantum physics, as usual, breaks the rules. In a 2019 experiment, physicists took advantage of the fact that at the quantum scale, vacuums aren’t truly empty. Instead, they’re full of tiny, random fluctuations that pop into and out of existence. At a small enough scale, the researchers found, heat can cross a vacuum by jumping from one fluctuation to the next across the apparently empty space.

Read more about heat leaping across the quantum vacuum of space.

This next finding is far from an experimentally verified discovery, and it’s even well outside the realm of traditional quantum physics. But researchers working with quantum gravity — a theoretical construct designed to unify the worlds of quantum mechanics and Einstein’s general relativity — showed that under certain circumstances an event might cause an effect that occurred earlier in time.

Certain very heavy objects can influence the flow of time in their immediate vicinity due to general relativity. We know this is true. And quantum superposition dictates that objects can be in multiple places at once. Put a very heavy object (like a big planet) in a state of quantum superposition, the researchers wrote, and you can design oddball scenarios where cause and effect take place in the wrong order.

Read more about cause and effect reversing.

Physicists have long known about a strange effect known as “quantum tunneling,” in which particles seem to pass through seemingly impassable barriers. It’s not because they’re so small that they find holes, though. In 2019, an experiment showed how this really happens.

Quantum physics says that particles are also waves, and you can think of those waves as probability projections for the location of the particle. But they’re still waves. Smash a wave against a barrier in the ocean, and it will lose some energy, but a smaller wave will appear on the other side. A similar effect occurs in the quantum world, the researchers found. And as long as there’s a bit of probability wave left on the far side of the barrier, the particle has a chance of making it through the obstruction, tunneling through a space where it seems it should not fit.

This was a big year for ultra-high-pressure physics. And one of the boldest claims came from a French laboratory, which announced that it had created a holy grail substance for materials science: metallic hydrogen. Under high enough pressures, such as those thought to exist at the core of Jupiter, single-proton hydrogen atoms are thought to act as an alkali metal. But no one had ever managed to generate pressures high enough to demonstrate the effect in a lab before. This year, the team said they’d seen it at 425 gigapascals (4.2 million times Earth’s atmospheric pressure at sea level). Not everyone buys that claim, however.

We beheld the quantum turtle

Zap a mass of supercooled atoms with a magnetic field, and you’ll see “quantum fireworks”: jets of atoms firing off in apparently random directions. Researchers suspected there might be a pattern in the fireworks, but it wasn’t obvious just from looking. With the aid of a computer, though, researchers discovered a shape to the fireworks effect: a quantum turtle. No one’s yet sure why it takes that shape, however.

Read more about the quantum turtle.

Time’s supposed to move in only one direction: forward. Spill some milk on the ground, and there’s no way to perfectly dry out the dirt and return that same clean milk back into the cup. A spreading quantum wave function doesn’t unspread.

Except in this case, it did. Using a tiny, two-qubit quantum computer, physicists were able to write an algorithm that could return every ripple of a wave to the particle that created it — unwinding the event and effectively turning back the arrow of time.

A nice feature of quantum computers, which rely on superpositions rather than 1s and 0s, is their ability to play out multiple calculations at once. That advantage is on full display in a new quantum prediction engine developed in 2019. Simulating a series of connected events, the researchers behind the engine were able to encode 16 possible futures into a single photon in their engine. Now that’s multitasking!

Read more about the 16 possible futures.