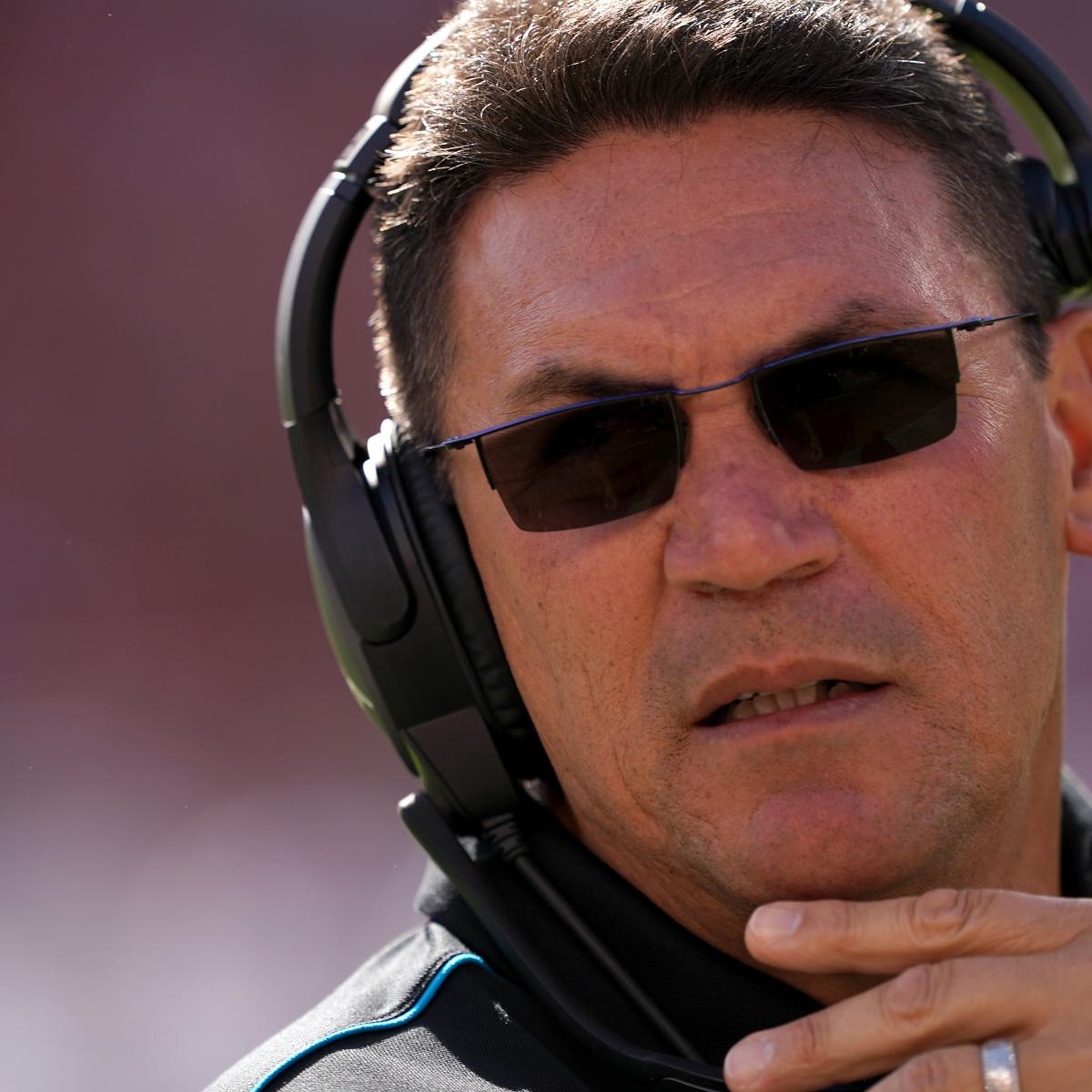 Ron Rivera has landed on his feet in Washington, D.C.

According to Mike Silver of NFL Network, the Washington Redskins hired Rivera to be their next head coach Tuesday. Ian Rapoport of NFL Network added Rivera is signing a five-year contract and that an announcement will be made Wednesday to confirm the hire.

Washington fired head coach Jay Gruden on Oct. 7 following an 0-5 start to 2019, and Bill Callahan finished the season as the interim head coach.

Rivera was linked to Washington on the last day of the regular season:

Things have progressed very nicely for former #Panthers coach Ron Rivera. He is meeting with the #Redskins tomorrow for their vacant head coach job, per agents Frank Bauer and Kenny Chapman. A key meeting.

As @RapSheet reported, Rivera is the Skins’ first choice. A source familiar with the Redskins’ search believes that this is Rivera’s first choice of jobs.

Washington also fired team president Bruce Allen on Dec. 30, according to ESPN’s Adam Schefter, after 10 years with the organization as reports continued to swirl that the hiring of Rivera was imminent:

The #Redskins interview with coach Ron Rivera is more of a coronation. All signs point to Rivera becoming Washington’s new coach today, sources say. That is the expectation. Veteran agent Frank Bauer would not allow him on an interview like this unless significant work was done.

Rivera became available when the Carolina Panthers fired him Dec. 3. He had been in Carolina since 2011, leading the Panthers to the playoffs four times and going 76-63-1 overall. The highlight of his tenure came when the team made Super Bowl 50, where it lost 24-10 to the Denver Broncos.

Carolina was 5-7 and riding a four-game losing streak at the time of his firing.

Panthers owner David Tepper disclosed what went into the “emotional” decision to part ways with Rivera:

Washington can feel good about the fact that his former players showed him support:

On the day I was traded to the @Panthers in 2011, every player who played for Ron in Chicago said the same thing to me on my way out. “You are going to play for a great coach, but a better man”.

thank you @RiverboatRonHC for all you’ve done for me and for believing in me! you are the best head coach the panthers organization has seen!#KeepPounding “control what you can control!” -Ron Rivera

Rivera had lost steam in Carolina, finishing 2018 at 7-9 before petering out this season, but he had proved his ability to successfully lead a contender prior to that. The Panthers’ lost 2019 could in part be attributed to the fact that All-Pro quarterback Cam Newton missed all but the first two games with a Lisfranc injury.

With Washington, Rivera will look to improve upon a 3-13 2019 campaign and has 2019 15th overall pick Dwayne Haskins to work with at quarterback. Washington has not made the postseason since 2015 and has not won a playoff game since 2005.