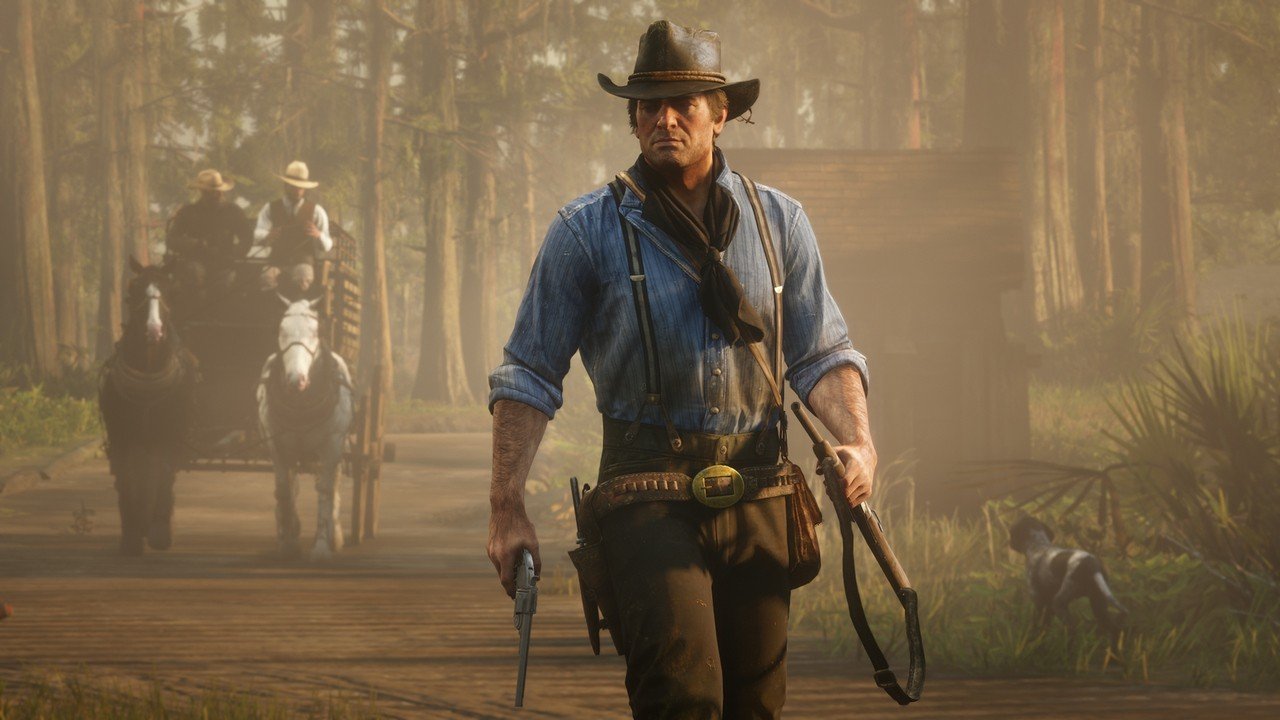 Everyone knows that the Switch isn’t quite as powerful as the Xbox One and PS4, which makes it easy to keep expectations in check when it comes to multiplatform ports. However, the arrival of games like Witcher 3, Overwatch and Wolfenstein II has emboldened Switch fans, who now know that – in the right hands – the console is capable of hosting perfectly satisfactory replications of these amazing titles.

If you were to ask Switch fans what game they’d like to see ported to the system next, then Red Dead Redemption 2 is likely to be quite high on the list. Rockstar’s epic Wild West action title would be quite a challenge to cram onto Nintendo’s hybrid console, but a new find has triggered speculation that it could well be happening.

Twitter user TezFunz2 has been digging around the game’s files and has discovered an image of the Nintendo Switch Pro Controller:

Does this mean that a port is in the works? Or could it simply be that Rockstar is planning to bring Pro Controller support to the PC version in the future? Could the Switch even handle a game of Red Dead Redemption 2’s scale and visual scope? Which studio would handle such a tricky job?

Let us know your thoughts with a comment below.