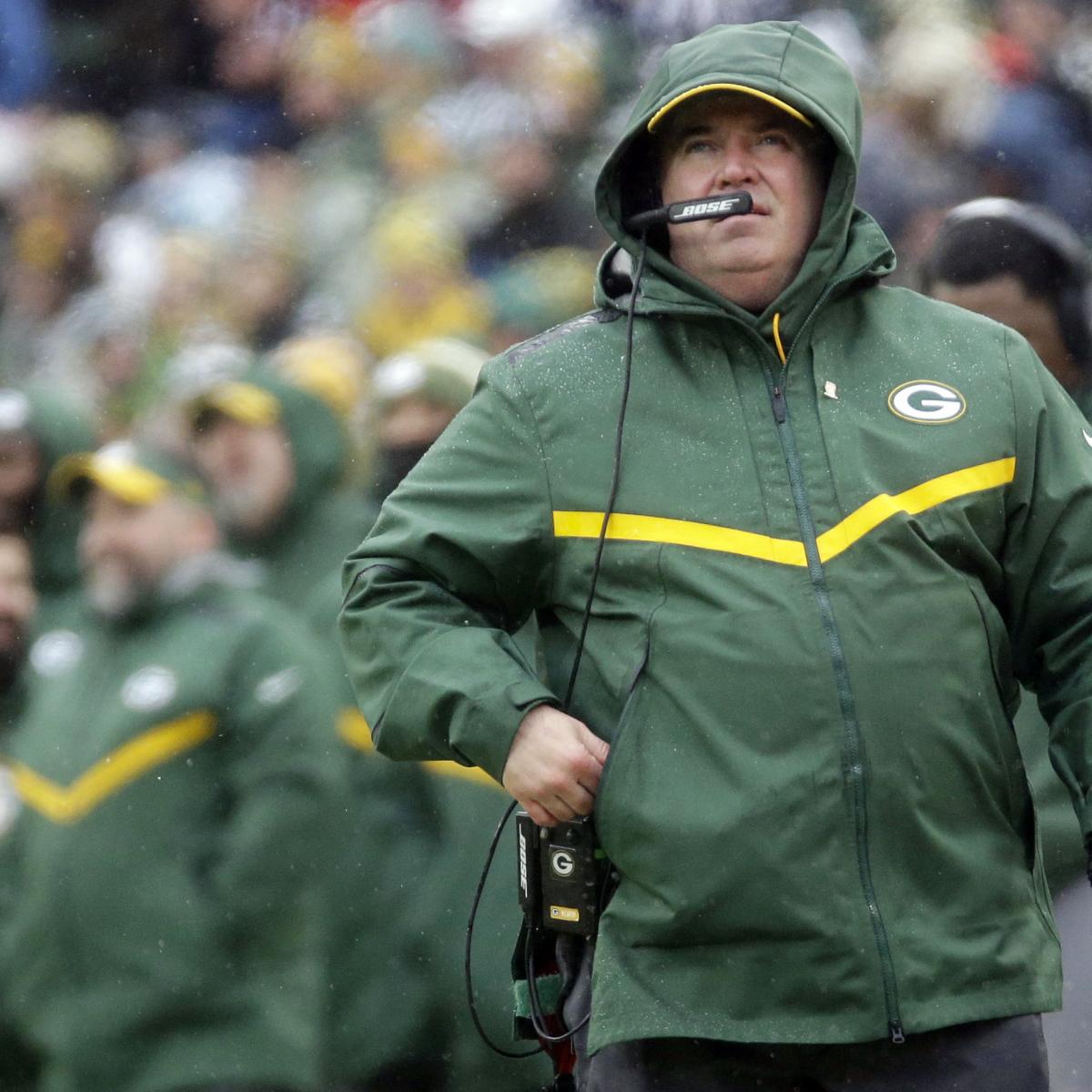 New York and Cleveland join the Washington Redskins and Carolina Panthers in the hiring market.

Of course, firing the head coach is the easy part. These teams now face the difficult task of finding successful replacements. This is the difficult part. Kitchens was one of eight new head coaches hired last offseason. Only Matt LaFleur of the Green Bay Packers took his team to the postseason.

Here, we’ll rank the top 10 coaching candidates for 2020, based on factors like experience, upside, play-calling prowess and potential longevity.

Oklahoma head coach Lincoln Riley is a hot NFL coaching candidate because of his track record with young quarterbacks. He helped turn both Baker Mayfield and Kyler Murray into Heisman winners, and he helped develop former Alabama quarterback Jalen Hurts as a passer this season.

There are serious questions, however, about Riley’s willingness to entertain NFL offers.

There are also questions about whether Riley’s offensive mentality will work at the pro level.

Kliff Kingsbury found some first-year success with the Arizona Cardinals by using a college-inspired offensive scheme. However, overwhelming opponents with offense alone isn’t a sustainable NFL strategy—and it’s hasn’t exactly worked out for Riley in the College Football Playoff either.

At 36 years old, Riley can be a young up-and-coming coach in the NFL, but he’ll need to prove he can assemble a quality defensive staff.

The Cincinnati Bengals parted with Marvin Lewis last offseason after the veteran coach failed to deliver a playoff win during his 16 years with the franchise. For teams seeking experience and a little bit of stability, however, Lewis should be an intriguing option.

Though Lewis never won a playoff game with Cincinnati, he did take the Bengals to the postseason seven times, including five consecutive between 2011 and 2015. For long-suffering franchises like Cleveland, regularly getting to the playoffs would be huge.

It is worth noting that Lewis, who serves as a consultant for Arizona State, has said he’s happy being away from the pro game.

“I don’t think so,” he told Zach Gelb of CBS Sports Radio over the summer when asked if he’ll eventually miss the NFL. “I’m fine.”

Still, there could be a number of teams trying to convince Lewis to return to the NFL. Last year’s crop of new head coaches was mostly first-timers. Given the cyclical nature of the head coaching market, experience could be a primary selling point this offseason. It’s fair to wonder, though, if the 61-year-old would be a long-term solution at this point in his career.

Given the team’s efficiency on the defensive side of the ball this season—the 49ers ranked second in yards allowed—defensive coordinator Robert Saleh is likely to be a hot candidate this offseason.

The 40-year-old Saleh has NFL experience dating back to 2005, when he as an intern with the Houston Texans. He’s spent the last three seasons in his current role with San Francisco and has done the best job of his career in 2019.

Teams looking for a defensive head coach will consider Saleh. However, they should exercise some caution. While his defense has been tremendous this season, it has benefited from a lot of talent. San Francisco has former first-rounders Arik Armstead, Solomon Thomas, DeForest Buckner, Dee Ford and Nick Bosa in the front seven.

Saleh deserves credit for San Francisco’s defensive improvement over the last three seasons, but interested teams must be careful not to fall victim to recency bias.

At just 37 years old, Stefanski would potentially be younger than some of the players on his roster if hired as a head coach. However, he’s been coaching with Minnesota since 2006 and has done some impressive things during his tenure—to be fair, virtually all of his NFL experience has been in Minnesota, which could be an issue for teams seeking a more diverse background.

Perhaps most impressively, as quarterbacks coach, he helped the Vikings reach the postseason in 2017 with Case Keenum under center. He then took over for John DeFilippo as coordinator last season and has help the offense grow in 2019.

A year ago, quarterback Kirk Cousins struggled, and the Vikings finished 19th in scoring. This year, Minnesota ranked eighth in scoring, with an average of 25.4 points per game.

Stefanski was a finalist for Cleveland’s job before Kitchens was hired last offseason and will likely be in the conversation again this offseason.

Former Florida and Ohio State head coach Urban Meyer has been a popular NFL target ever since he left the Buckeyes at the end of last season. He’s shown no definitive interest in joining the pro ranks, but according to ESPN’s Stephen A. Smith (h/t Bleacher Report’s Timothy Rapp), he’s “interested” in the Dallas Cowboys job.

It’s not hard to see why teams would be interested in Meyer. He’s delivered a national championship to two of the nation’s premier college programs and has more than three decades of coaching experience.

Meyer has also shown a willingness to adapt his play-calling and his schemes to fit his personnel, something that first-time head coaches often struggle to do.

After building multiple successful programs, Meyer is probably the college candidate most ready to make the NFL leap. However, there are concerns about his longevity. The 55-year-old left both Florida and Ohio State citing health concerns, and he has suggested that he isn’t interested in returning to the coaching ranks.

According to CBS Sports’ Jason La Canfora, however, Meyer may be more interested than he has let on.

“Though Meyer, working as a college football analyst, later came out and said he is not interested in returning to coaching, that is not the signal that has been privately sent to teams, according to multiple sources,” La Canfora wrote.

While Saleh has had a lot of talent to work with in San Francisco, Eberflus has largely handled a patchwork defense in Indianapolis. He’s made it functional by inspiring effort and efficiency, a fact that should appeal to rebuilding teams short on talent.

Eberflus is also highly respected among the coaching community.

“He gets his guys playing fast and hard and disciplined,” NFL Media’s Tom Pelissero said on NFL Network. “Has an excellent reputation within the league.”

Teams looking for a well-versed coach could be into Eberflus as well. Though he’s primarily been a defensive coach, he was the Cowboys’ linebackers coach and passing game coordinator in 2016 and 2017. The fact that the 49-year-old only has two seasons of NFL coordinator experience, however, could be a sticking point for some franchises.

Super Bowl-winning head coaches aren’t in abundance. Former Green Bay Packers head coach Mike McCarthy happens to be one. In his 13th season with the Packers in 2018, he was fired with four games left.

For teams targeting experience, McCarthy may be at the top of their lists. He does have a lot to draw from, including nine playoff runs as head coach.

The knock against McCarthy is that his offensive system never seemed to evolve in Green Bay. This appeared to be one of the reasons for his fallout with quarterback Aaron Rodgers and one of the reasons he was eventually fired. This could be a major issue for a franchise looking to keep pace in the modern NFL. At 56 years old, McCarthy may be set in his ways.

McCarthy isn’t going to be a fit for every franchise or every roster. He is, however, the most decorated pro coach on this list.

Josh McDaniels has long been a popular NFL coaching candidate due to his experience with the New England Patriots and quarterback Tom Brady. New England’s offensive struggles this season have done little to dispel McDaniels’ allure.

According to Schefter, the Browns, Giants and Panthers have already requested permission to interview the 43-year-old McDaniels.

In addition to being a seasoned and successful play-caller, McDaniels has experience as a head coach. His tenure with the Denver Broncos lasted less than two seasons, as he finished 11-17.

McDaniels was fired nearly a decade ago and has had a lot more exposure to the coaching world since then. He was hired by the Broncos after just four seasons as New England’s offensive coordinator. The Patriots hired him to the position again in 2012, and he’s been in that role since.

Of course, the fact that McDaniels hasn’t found sustained success outside of New England is cause for concern.

The Indianapolis Colts offered McDaniels’ their head coaching job two years ago, which he accepted but then turned down to remain in New England. Perhaps now he is ready to make the jump for the second time in his career.

With the Baltimore Ravens rolling and with quarterback Lamar Jackson the likely MVP, it’s no surprise Ravens offensive coordinator Greg Roman is a hot candidate.

However, as impressive as Roman’s work with Jackson has been, it’s not the only thing that makes him a top candidate on this list.

The flexibility Roman has shown over the years has been huge. The 47-year-old has worked with Alex Smith, Colin Kaepernick, Joe Flacco and Tyrod Taylor in addition to Jackson. Roman has a proven willingness to adapt his system and play-calling to the talent at his disposal.

The concern with Roman is that his offense may not be sustainable. In his third season with Kaepernick as a starter, opposing defenses had his unit figured out—San Francisco averaged just 19.1 points. In his second year with the Buffalo Bills, Tyrod Taylor’s quarterback rating fell nearly 10 points.

Roman is a creative play-caller, which will appeal to several franchises. His run-first and run-heavy style of offense may not.

Kansas City averaged 26.6 points in the two-and-a-half games it played without Mahomes this season.

The biggest concern with Bieniemy is his lack of NFL coordinator experience. The 50-year-old is only in his second year as Kansas City’s offensive coordinator. However, Bieniemy isn’t new to the NFL. The former Colorado running back was a second-round draft pick back in 1991, so it’s safe to say that he knows the ins and outs of the league.

Bieniemy is also a detail-oriented coach, which will be important if he does take over a team.

“It’s attention to detail and ‘I’m going to make sure my closet is clean and your closet better be clean, too. If not I’m going to help you clean it,'” Reid said of Bieniemy, per ESPN’s Adam Teicher.

As someone who can relate to players while also demanding accountability, Bieniemy is a nearly ideal head coaching candidate. Like Roman, Eberflus and others on this list, Bienemy would be a first-time head coach. However, he would be coming from the Reid coaching tree—which has delivered the likes of Rivera, Harbaugh and Doug Pederson.