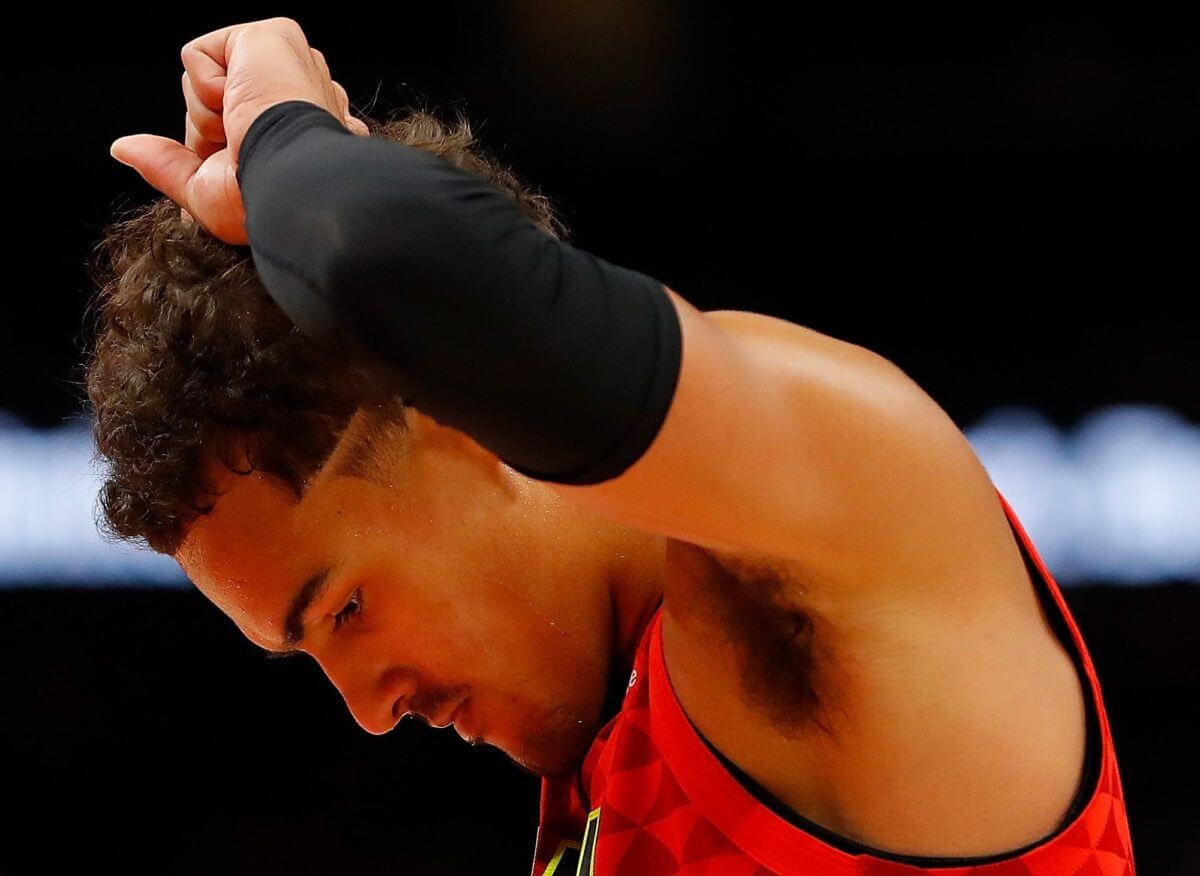 NBA lottery teams all have one thing in common: they’re not good.

But all 14 lottery-bound teams can cling to some shred of hope (except for the Knicks). Here’s a New Year’s resolution to help every NBA team that’s currently out of the playoff hunt return to glory.

Hide the PEDs. The Hawks lost their second-best player, John Collins, for 25 games because he took growth hormone Peptide-2. Trae Young is tiny. Don’t let him get any ideas.

Unleash Coby White. Coby White is the Bulls’ point guard of the future. They’re probably not making the playoffs. Start Coby White and let Tomas Satoransky shine from his comfort zone: the bench.

Keep the trade train rolling. The Jordan Clarkson trade got things started. Now the Cavs need to soldier on and swap out Kevin Love and Tristan Thompson for some talented young bigs or draft picks.

Trade Everyone. Trade Andre Drummond, Blake Griffin, all of them. Build around – gulp – Luke Kennard and Christian Wood.

It sounds bleak, and it is. But that’s what happens when you trade players like Khris Middleton and Spencer Dinwiddie for Brandon Jennings and Cameron Bairstow.

Get a talented wing. Minnesota might be interested in D’Angelo Russell. Adding Robert Covington and/or Andrew Wiggins would set the Dubs up nicely for a deep run next year.

Free Andre Iguodala. The Grizzlies are in the midst of a fantastic rebuild. If they can’t find a trade partner for Iggy, they should buy him out and let him help a contender.

Trade for D’Angelo Russell. Karl-Anthony Towns is unhappy. KAT is friends with Russell. Friends make you happy. Even if it takes Andrew Wiggins and Robert Covington, make it happen or lose one of the game’s best players.

Stay the course. The Pelicans finally have some swagger. Play out January, and if they keep winning, run it back next year. If they regress back to the bottom, trade the vets and actually feel the pain of losing Anthony Davis.

Please, stop. Stop pretending free agents want you. Stop adding players to help you win now. And stop firing coaches. Accept that you’re a lousy team and build from the bottom up. See if anyone will give you anything for players like Julius Randle and Marcus Morris.

Return to basics. The Suns were 8th in defensive rating in October, 21st in November, and 25th in December. If they want to recapture that early season magic, they’ll need to do it on defense.

Trade CJ McCollum. It would hurt, but the Blazers desperately need a quality wing player. Maybe CJ for Aaron Gordon and Terrence Ross? If Damian Lillard allows it, a trade is their best hope for improvement.

Trade Harrison Barnes. And keep Bogdan Bogdanovic. Let your young stars get healthy and accept that this season is probably a wash.

Keep uncovering gems. The Wizards keep unearthing hidden talent with players like Davis Bertans, Gary Payton II, and Thomas Bryant. If they can keep it up, they might not be entirely awful when John Wall returns.