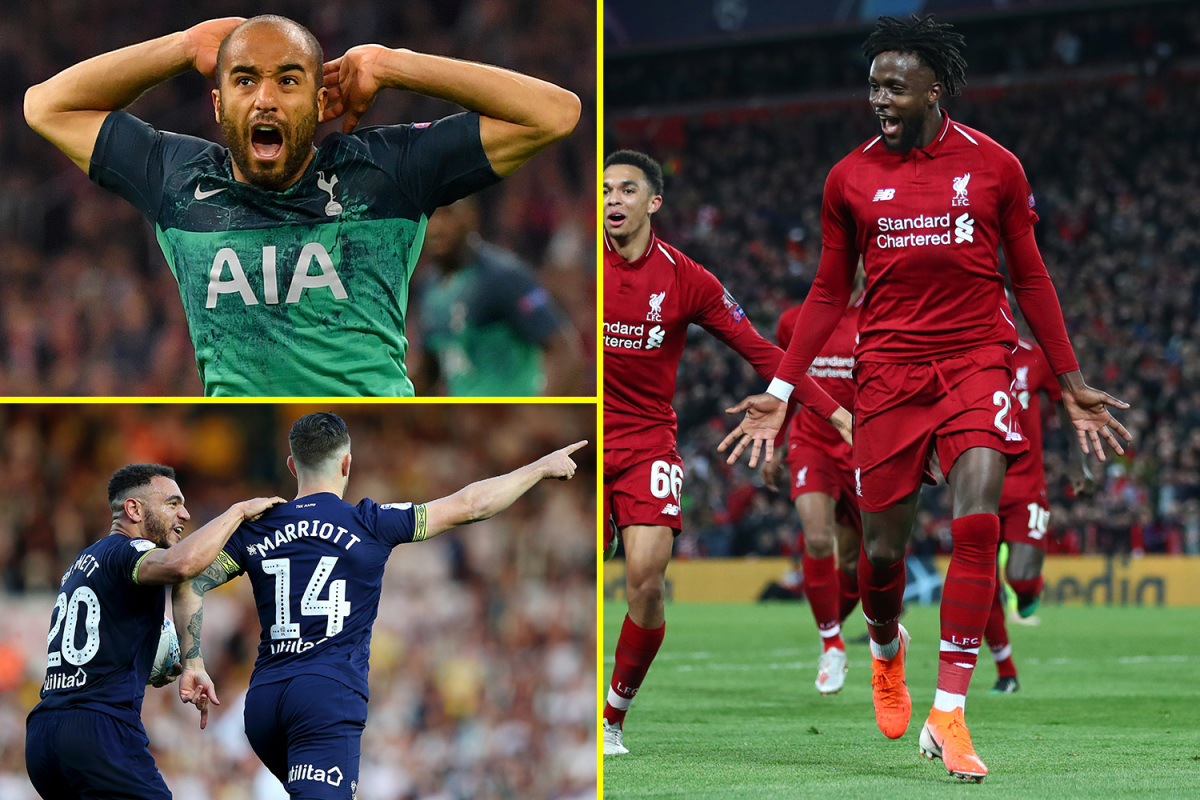 It’s been one of the most dramatic years in footballing memory, and 2019 got the send-off it deserved on Sunday.

Rangers secured a rare Old Firm victory at Celtic, Chelsea produced a dramatic late turnaround at Arsenal, and Leeds claimed victory in perhaps the game of the year: a nine-goal thriller with Birmingham.

However, it faces staunch competition following an incredible calendar year which saw an untold amount of thrillers.

Liverpool and Tottenham’s extraordinary Champions League runs come to mind, while Leeds were on the wrong side of a rather exciting game back in May.

We’ve taken a look back at the most thrilling games of 2019 to try and decide which was our favourite.

Legend says Arsenal should sell Aubameyang if he wants to go

While there was plenty of drama, this was a match characterised by pure bitterness between the two sides.

Leeds felt they had a psychological edge over Derby following the ‘Spygate’ scandal.

Indeed, the Whites had won all three games against the Rams since Marcelo Bielsa admitted sending spies to watch Frank Lampard’s men train.

They had a numerical advantage, too, after winning the first-leg of this play-off semi-final 1-0 at Pride Park.

But despite Leeds doubling their advantage on the night, Derby came from two goals behind on aggregate to book their place at Wembley, sparking mass celebrations in from of the Elland Road crowd.

Liverpool knocked Arsenal out of this season’s Carabao Cup in a crazy, logic-defying game which ended 5-5 after normal time.

Nobody expected much when the Reds fielded a second-string side to take on the Gunners, but you’ll struggle to see a game with so many stunning goals.

Liverpool found themselves in front following a Shkodran Mustafi goal, before a controversially-allowed Lucas Torreira strike and a brace from Gabriel Martinelli gave the visitors a 3-2 lead at half-time, with James Milner pulling one back from the spot.

And as if that wasn’t enough, an even more dramatic second-half followed.

Mesut Ozil showed brilliant awareness to flick the ball back to Ainsley Maintland-Niles to give Arsenal a two-goal cushion, but Liverpool fought back with a couple of stunners.

Alex Oxlade-Chamberlain almost took the net off with an incredible volley from the edge of the box against his former club, and then Divock Origi spun beautifully to smash the ball past Bernd Leno, who perhaps could’ve done better.

Joe Willock drove from midfield and curled a cracker into the top-left corner, but with time running out, Origi produced another moment of magic to level things up with a volley in the dying moments.

There were nine flawless spot-kicks, and Dani Ceballos was the unfortunate player to miss as Kelleher guessed right and became the hero.

If you thought Chelsea’s late turnaround against Arsenal was dramatic, try FOUR goals after the 83rd minute in this one.

Leeds threw away the lead three times over the course of the match before Wes Harding’s own goal five minutes into added time saw them win a truly crazy encounter.

Goals from Helder Costa after 15 minutes and Jack Harrison six minutes later appeared to put Leeds in control and on course to end their three-match winless run, but Jude Bellingham reduced the arrears before Lukas Jutkiewicz levelled in the 61st minute.

Jutkiewicz equalised again in the first minute of time added on, only for Harding’s own goal to make it 5-4 four minutes later.

Eight goals, two red cards, two penalties, and an epic comeback in a Champions League six-pointer. What more do you want?

A blistering start set the tone for a classic with two goals inside the first five minutes – Jorginho’s penalty cancelling out a second-minute own goal by Tammy Abraham.

Ajax then raced into a 3-1 lead through Quincy Promes’ goal while Kepa Arrizabalaga could do nothing when Hakim Ziyech’s corner struck the post before hitting the goalkeeper in the face and into the net.

Donny van de Beek put the visitors 4-1 up ten minutes into the second half but Chelsea then clicked into gear when Azpilicueta pulled one back.

Daley Blind was shown his second yellow for a late tackle on Abraham and Chelsea were awarded a penalty seconds which saw Ajax were reduced to nine as Joel Veltman received his second caution for handling the ball in the box.

Jorginho stuck it away and Frank Lampard’s men were level soon after when Reece James smashed home a loose ball. And breathe.

Amazingly, this wasn’t even the most dramatic match of Tottenham’s extraordinary Champions League run.

Lucas Moura scored a sensational hat-trick to send Spurs through to the Champions League final in Madrid.

Spurs were dead and buried at half-time in the second leg at the Johan Cryuff Arena as they trailed 2-0 on the night and 3-0 on aggregate after goals from Matthijs De Ligt and Hakim Ziyech.

However, a miraculous fightback, spearheaded by Moura, was completed deep into added time when the Brazilian slotted home after a deft touch from Dele Alli to seal an away goals success and spark amazing scenes in Amsterdam.

This is one of the few occasions where VAR has actually fuelled the entertainment, rather than killed it.

Following one of the most exciting Champions League clashes in recent memory, Raheem Sterling thought he kept Man City’s European dream alive with a last-minute winner.

But there was to be another twist, with VAR spotting an offside Sergio Aguero in the build-up to ensure Tottenham went through on away goals.

It was an incredible ending to a thrilling contest, which had seen both sides lead.

Sterling and Heung-Min Son both struck twice in the first half, with Bernardo Silva’s deflected effort giving the hosts the lead.

An Aguero strike then put City in control of the tie but a bundled Fernando Llorente goal proved decisive for Spurs.

But no match can top Liverpool’s logic-defying comeback victory over Barcelona.

Liverpool reached the Champions League final after one of the greatest comebacks in the competition’s history.

Three goals down and seemingly without a prayer after the first leg, Divock Origi and Georginio Wijnaldum both struck twice to seal an unbelievable 4-0 victory on a special night at Anfield.

In a truly remarkable – and intense – game not only did Liverpool erase the disadvantage inside 56 minutes, they went on to score a winner and, remarkably, kept Lionel Messi quiet.

For only the fourth time in the competition’s history a team was eliminated from a knockout tie having won the first leg by three or more goals, the last occasion being Barca against Roma in last season’s quarter-final.