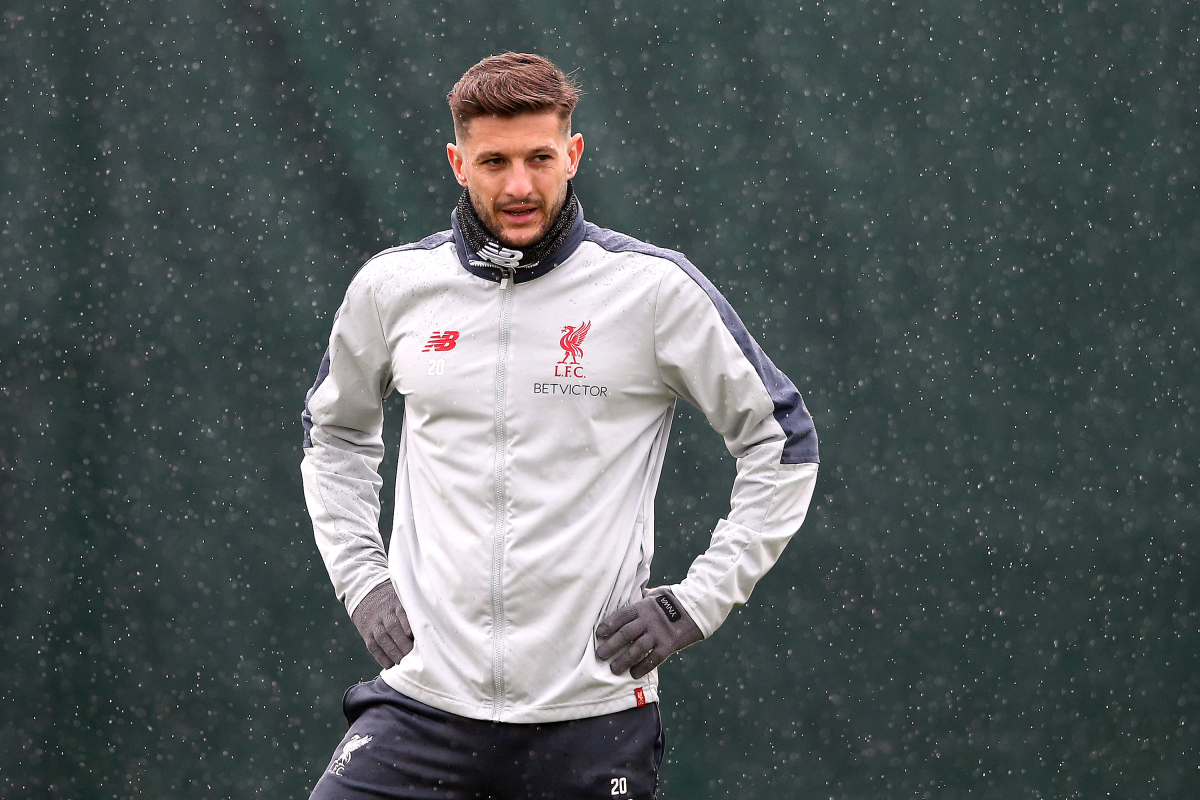 Liverpool boss Jurgen Klopp is reportedly resigned to losing Adam Lallana on a free transfer in the summer.

The English midfielder has been used as a bit-part player for the European champions this season, having started just three matches in his nine Premier League appearances this term.

The 31-year-old’s contract is set to expire in the summer, and he can therefore speak to potential new clubs in January ahead of a pre-contract agreement.

Lallana’s minutes have been limited due to the form of midfield trio Jordan Henderson, Georginio Wijnaldum and Fabinho – and the imminent arrival of Takumi Minamino from Red Bull Salzburg will only put him further down the pecking order at Anfield.

Attacking midfielder Minamino will join on January 1, having netted five goals and five assists in 14 league matches this campaign for the Austrian side.

But, according to The Telegraph, the midfielder is keen to leave to get more first-team football as he reaches the tail end of his career and may not be willing to extend his deal.

Pulisic in, Jorginho to start – How Chelsea could line-up to face Brighton

Speaking after the Reds’ win over Wolves on Sunday, Lallana said: “It’s a squad game and I’ve said before that we’re going to need everybody.

“We’ve got a few injuries at the time being and three or four kids on the bench, it’s a great experience for them being involved and so close to what’s been a special season so far.

“We can’t take our foot off the gas.

“It’s important we recover because we’ve had a few injuries and it’s important that we get everybody back fit as quickly as possible.

“We want to maintain that form going into the New Year and keep Anfield a fortress.”

Liverpool host Sheffield United on Thursday in the hoping of continuing their phenomenal form into 2020 – live on talkSPORT.

The Reds have secured 55 points from a possible 57 this season as they bid to secure their first title in 30 years.