Home Science Life could have emerged from lakes with high phosphorus 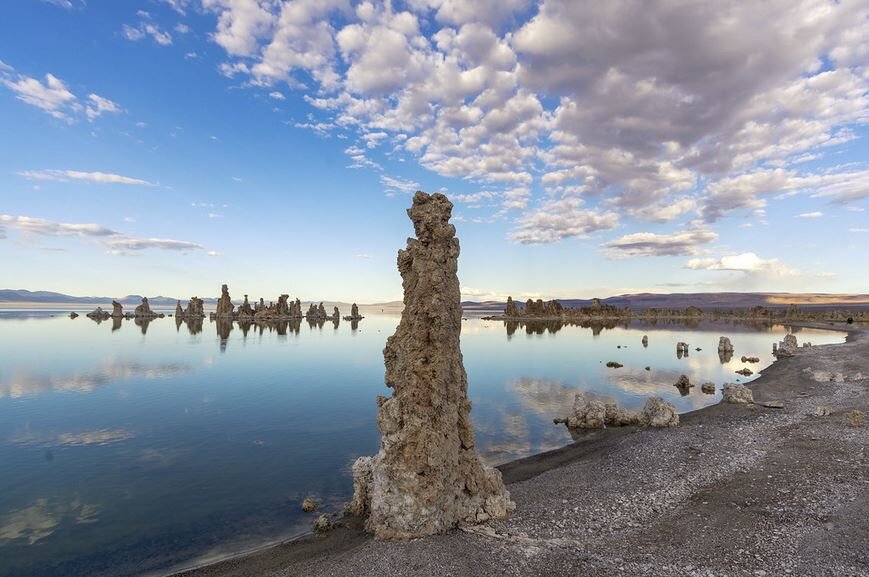 Life as we know it requires phosphorus. It’s one of the six main chemical elements of life, it forms the backbone of DNA and RNA molecules, acts as the main currency for energy in all cells and anchors the lipids that separate cells from their surrounding environment.

But how did a lifeless environment on the early Earth supply this key ingredient?

“For 50 years, what’s called ‘the phosphate problem,’ has plagued studies on the origin of life,” said first author Jonathan Toner, a University of Washington research assistant professor of Earth and space sciences.

The problem is that chemical reactions that make the building blocks of living things need a lot of phosphorus, but phosphorus is scarce. A new UW study, published Dec. 30 in the Proceedings of the National Academy of Sciences, finds an answer to this problem in certain types of lakes.

The study focuses on carbonate-rich lakes, which form in dry environments within depressions that funnel water draining from the surrounding landscape. Because of high evaporation rates, the lake waters concentrate into salty and alkaline, or high-pH, solutions. Such lakes, also known as alkaline or soda lakes, are found on all seven continents.

The researchers first looked at phosphorus measurements in existing carbonate-rich lakes, including Mono Lake in California, Lake Magadi in Kenya and Lonar Lake in India.

While the exact concentration depends on where the samples were taken and during what season, the researchers found that carbonate-rich lakes have up to 50,000 times phosphorus levels found in seawater, rivers and other types of lakes. Such high concentrations point to the existence of some common, natural mechanism that accumulates phosphorus in these lakes.

Today these carbonate-rich lakes are biologically rich and support life ranging from microbes to Lake Magadi’s famous flocks of flamingoes. These living things affect the lake chemistry. So researchers did lab experiments with bottles of carbonate-rich water at different chemical compositions to understand how the lakes accumulate phosphorus, and how high phosphorus concentrations could get in a lifeless environment.

The reason these waters have high phosphorus is their carbonate content. In most lakes, calcium, which is much more abundant on Earth, binds to phosphorus to make solid calcium phosphate minerals, which life can’t access. But in carbonate-rich waters, the carbonate outcompetes phosphate to bind with calcium, leaving some of the phosphate unattached. Lab tests that combined ingredients at different concentrations show that calcium binds to carbonate and leaves the phosphate freely available in the water.

“It’s a straightforward idea, which is its appeal,” Toner said. “It solves the phosphate problem in an elegant and plausible way.”

Phosphate levels could climb even higher, to a million times levels in seawater, when lake waters evaporate during dry seasons, along shorelines, or in pools separated from the main body of the lake.

“The extremely high phosphate levels in these lakes and ponds would have driven reactions that put phosphorus into the molecular building blocks of RNA, proteins, and fats, all of which were needed to get life going,” said co-author David Catling, a UW professor of Earth & space sciences.

The carbon dioxide-rich air on the early Earth, some four billion years ago, would have been ideal for creating such lakes and allowing them to reach maximum levels of phosphorus. Carbonate-rich lakes tend to form in atmospheres with high carbon dioxide. Plus, carbon dioxide dissolves in water to create acid conditions that efficiently release phosphorus from rocks.

Another recent study by the two authors showed that these types of lakes can also provide abundant cyanide to support the formation of amino acids and nucleotides, the building blocks of proteins, DNA and RNA. Before then researchers had struggled to find a natural environment with enough cyanide to support an origin of life. Cyanide is poisonous to humans, but not to primitive microbes, and is critical for the kind of chemistry that readily makes the building blocks of life.

Citation:
Life could have emerged from lakes with high phosphorus (2019, December 30)
retrieved 30 December 2019
from https://phys.org/news/2019-12-life-emerged-lakes-high-phosphorus.html

This document is subject to copyright. Apart from any fair dealing for the purpose of private study or research, no
part may be reproduced without the written permission. The content is provided for information purposes only.