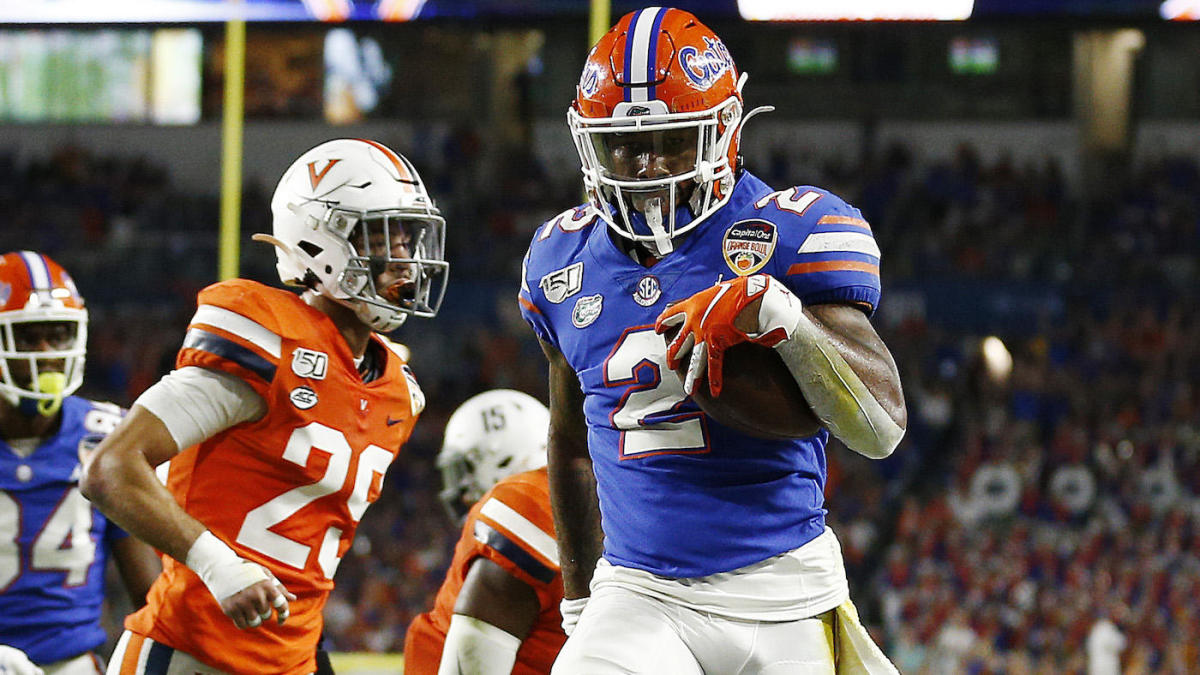 The Orange Bowl between No. 9 Florida and No. 24 Virginia may not have been the most anticipated New Year’s Six game when it was announced. However, it turned into an entertaining game of back-and-forth momentum swings with a little Las Vegas drama at the end to boot. Ultimately, the Gators walked away winners with a 36-28 final score. The victory moves Florida to 4-0 in the Orange Bowl all-time and gives it an 11-win season for the first time since 2012.

Monday night was also the Gators’ best bowl performance of the decade offensively. They finished 549 yards of offense, the most since the 2010 Sugar Bowl against Cincinnati — Tim Tebow’s final game. Additionally, it gives Florida consecutive BCS/New Year’s Six bowl wins for the first time in a decade (2008-09), making coach Dan Mullen the first coach in history to accomplish that task in his first two years at a school.

It also puts the team at 21-5 in two seasons under coach Mullen. Only Urban Meyer had a better record in his initial back-to-back seasons in Gainesville, Florida.

“Just under a year ago, this team was born, and we talked about going from four wins to 10 wins was special, but to go from 10 wins to 11 is going to be a lot harder, and those guys bought into it,” Mullen said after the game. “They started working last January, and they worked, they grinded all season long in everything that they did. … A couple years ago, this senior class, a new coach got brought in and we told them, ‘Hey, if you buy into what we’re doing, just buy into what we’re doing, believe we’re going to be successful.’ They’ve done that, they’ve bought in. Back-to-back 10-win seasons, back-to-back top-10 teams, back-to-back New Year’s Six bowl victories. They’ve bought in, and they’ve restored that Gator standard, and they get to walk out the door knowing they’ve restored the Gator standard to what it is, building that foundation of a team.”

Gators quarterback Kyle Trask, who was tremendous in place of Feleipe Franks this season, was a little shaky in the game, completing 24 of 39 passes for 305 yards, a touchdown to running back Lamical Perine and an interception; Trask also nearly fumbled the ball, but the play was not overturned on review. Trask’s numbers weren’t necessarily bad, but a lot of his downfield throws were erratic. It was a good thing for the Gators to have a more reliable weapon in Perine.

“I think this win is huge for this program, not only for the program but also this team and the seniors that bought in when Coach Mullen first got here from Day 1,” Trask said. “They worked day in and day out, and as far as my season went, I couldn’t be more happy the way that my teammates had my back when I won versus Kentucky, and we just continued to grind every single week and get better each and every single week and here we are winning the Orange Bowl. That’s pretty incredible.”

While the game was close at times, the only real drama of the night came at the end when the game was pretty much in hand. With under a minute remaining, the Wahoos attempted a trick play by passing to an offensive lineman for a score. The play was called back, though, as an illegal forward pass. Still, Virginia scored two plays later, and while it didn’t get the win, it secured the cover.

Here’s what else we learned from Monday’s Orange Bowl.

1. The Gators decided to run, and Perine was unstoppable: Three of Florida’s four touchdowns on the evening came from Perine, a valued senior who totaled 181 yards on 18 touches — just about 10 yards per touch — and three touchdowns to receive Most Valuable Player honors. Perine has long been one of the most underrated (and perhaps underutilized) parts of Florida’s offense, and he was absolutely untouchable against the Hoos on Monday night running for a career-high 138 yards with 43 more in the passing game. Who knows where Perine will go during the NFL Draft weekend. He may not hear his name called for a while. But he’s one of those players who probably meant more to his offense than the stats indicated. He accomplished all of this behind a Gators offensive line that struggled mightily throughout the season, unable to create holes for its rushers. It appeared to step up as well.

2. Florida’s defense turned it on for a short while: The first 30 minutes of the Orange Bowl was like a tennis match. Each team was volleying points back and forth waiting to see who would blink first. For a vaunted Florida defense, that didn’t seem ideal. However, credit the Gators for drawing up some good halftime adjustments and having a bigger impact in the second half. The pass rush was good most of the night but certainly more effective both on and off the stat sheet in the third and fourth quarters. Florida finished with three sacks, five tackles for loss and two quarterback hurries. Virginia countered Florida’s defensive front in the first half with quick passes and a moving pocket with successful results. UVA QB Bryce Perkins even made a few incredible individual plays in the face of that rush. But when it needed stops and negative plays, Florida came through and built a large enough lead that it was able to hang on to a lead late. However, it did ultimately give up 375 yards of total offense, including Perkins’ best passing game.

“I’m looking at what they’ve got coming back. … I’m excited. I mean, this is only just the beginning of it, honestly,” said graduate transfer Jon Greenard, who showed out in his final game. “Last year was a little taste of it. We keep building. We got 11 wins, which is really difficult. So next year, a couple plays this year and we would’ve been right where we wanted. Next year, they are just going to capitalize off of that, understand where we were this past year, and national championship in my eyes. So we’ve got that in our eyes now.”

3. Perkins will be missed at Virginia: The Hoos’ signal caller will be an interesting late-round/undrafted prospect, but there’s no denying what he’s meant to this program. It took him all 60 minutes, but he broke the school’s record for total offense career with 7,910 yards. The mark was previously held by quarterback Shawn Moore. That’s pretty incredible in and of itself, but even more so when you consider all the problems Virginia had up front this season. For Perkins to be able to rack up yards running and throwing, usually in the face of pressure, says a lot about his playmaking ability. He didn’t have a perfect night against Florida — he missed a couple of surefire touchdowns that he’d love to have back — but he also did things like this on his way to 323 yards passing with four touchdowns and an interception.

4. This is why conference tie-ins should be removed: Virginia played hard, gave Florida a game and has nothing to be ashamed about, but let’s be honest: a four-loss team shouldn’t be playing in a New Year’s Six game. Conference tie-ins don’t always produce bad matchups in these major bowl games, but in a year like this one when the ACC was average at best, you get this type of result. It wasn’t bad, per se, but it could have been a lot better. So what’s the solution? Ditch the tie-ins and use the College Football Playoff Rankings to help determine the games? It’s interesting that there’s so much disdain for the CFP Selection Committee in terms of their selection criteria for the field of four, because you could actually make an argument their process would be better suited for drumming up interesting matchups in these games without being held back by conference tie-ins.

Orange Bowl didn’t look great on paper when it was announced, but it was a pretty entertaining game with a wild end with serious Vegas slants.

Florida falls on the onside kick and that’ll do it.

Florida is 100 percent coaching for the cover.

Gah, darn. It’s a forward pass. You can’t take a large man touchdown off the board. It’s unpatriotic.

LARGE MAN TOUCHDOWN FOR THE COVER

Alright, 2 minutes here to kick down the back door, Hoos.

Field goal is good, so it’s 36-21. An important score for some of you out there.

Florida getting ready to kick down the back door and an I am INCENSED.

Oof, what a bad interception to throw. Perkins has been up and down all night but that was pretty bad.

Absolutely no one had 33 and yowza what a loss.

Virginia has been going back to more quick passes and it’s working again. Anything else and Florida’s pass rush is eating them up.

Alright, fourth quarter starting to loosen up a bit.

No TD for Perine, but a career-high 138 rushing yards in his final game for Florida. Also matched a career-best with three TDs.

Well, never mind on the touchdown. Perine’s toenail grazed the sideline. Out at the 1-yard line.

Was Perine out of bounds? Eh, I say let it stand. It’s so close. But they’re going take a look at it.