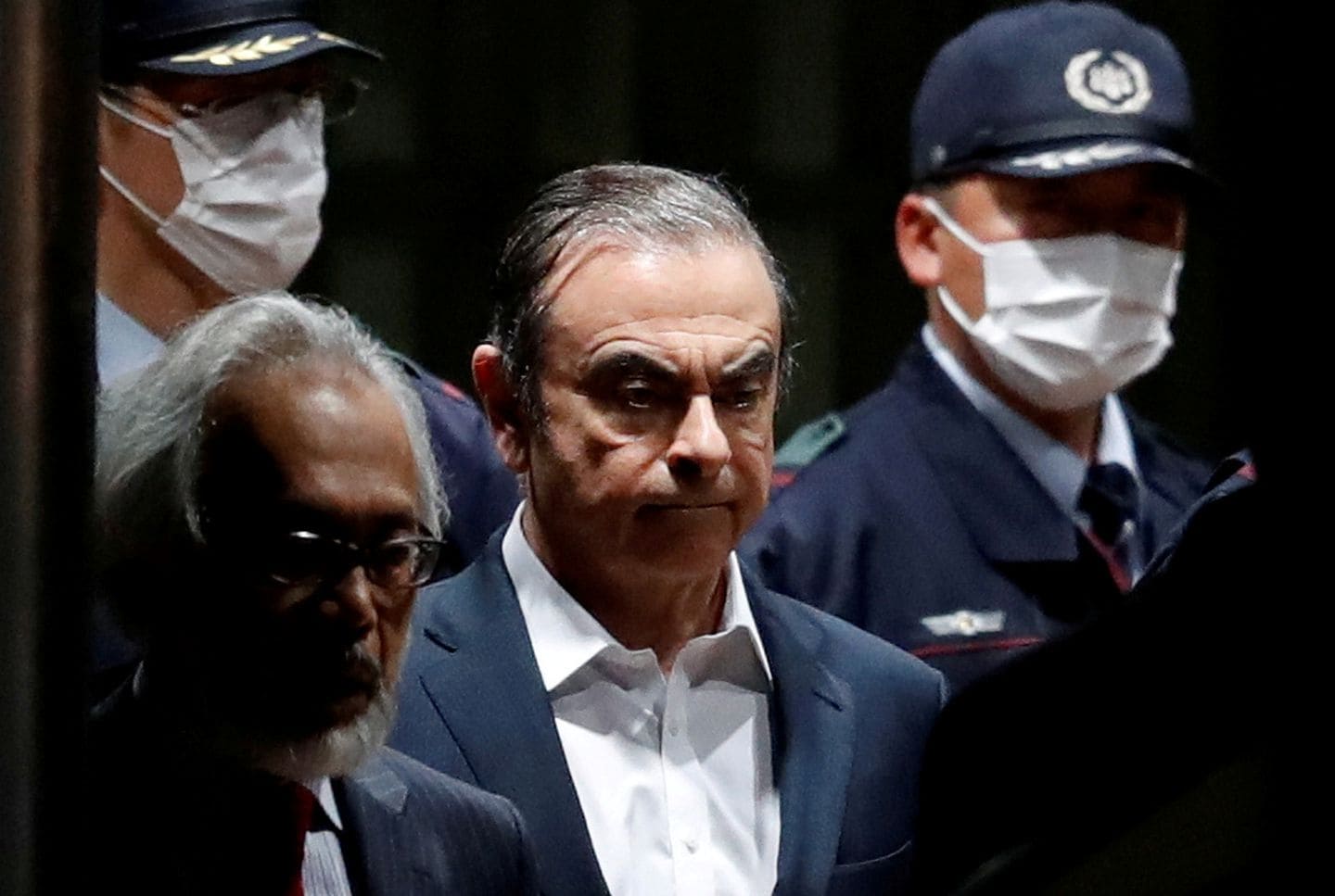 TOKYO — Carlos Ghosn, the former boss of the Nissan-Renault car alliance, said on Tuesday he had left Japan where he was awaiting trial on charges of financial misconduct and arrived in Lebanon.

It was not clear how Ghosn, who is of Lebanese descent and holds Lebanese, French and Brazilian citizenship, had departed Japan. Ghosn, 65, was released on bail in Tokyo in April but placed under close surveillance and ordered to surrender his passport.

“I am now in Lebanon and will no longer be held hostage by a rigged Japanese justice system where guilt is presumed, discrimination is rampant, and basic human rights are denied, in flagrant disregard of Japan’s legal obligations under international law and treaties it is bound to uphold,” Ghosn said in a statement.

“I have not fled justice — I have escaped injustice and political persecution. I can now finally communicate freely with the media, and look forward to starting next week.”

Ghosn’s treatment since his arrest in November 2018 has thrown an unflattering spotlight on Japan’s justice system, and prompted concerns in boardrooms around the world. Sympathy was high among the general public in Lebanon, and its government had complained publicly about Ghosn’s humiliating treatment behind bars.

Ghosn, one of the world’s most successful and charismatic auto executives, was accused of financial misconduct and underreporting his income. But his initial 23-day detention was extended to 108 days as prosecutors rearrested him several times while he was still behind bars, a common tactic used in Japan to extract confessions and widely criticized as amounting to “hostage justice.”

He was released in March, then rearrested again in April just after announcing plans to hold a news conference, before finally being granted bail under strict conditions, including that he not speak to his wife. Writing in The Washington Post in April, Carole Ghosn said her husband had been kept in solitary confinement, with the lights on around the clock, and subjected to interrogation at all hours of the night and day without access to his lawyers.

The case prompted questions about whether a Japanese executive would have faced the same treatment, and why Ghosn and U.S. citizen Greg Kelly were the only Nissan board members arrested, when the company’s Japanese executives should also have known about Ghosn’s compensation arrangements.

Ghosn and his lawyers say the allegations were trumped up as part of a conspiracy among Nissan, government officials and prosecutors to oust Ghosn and block his plans to force through a closer merger between the Japanese automaker and its alliance partner, Renault.

Equally, though, there have been concerns raised about Ghosn’s management.

In dismissing Ghosn in 2018, Nissan said its investigations revealed misconduct ranging from understating his salary to transferring $5 million of company funds to an account in which he had an interest.

Renault, initially supportive of its former boss, announced in April after an internal investigation that it had found evidence of “questionable and concealed practices and violations of the group’s ethical principles.” At the time, Renault said it would halt Ghosn’s pension and reserved the right to bring action against him in the courts.

Ghosn earned a reputation as one of the auto industry’s top executives after turning around the fortunes of Renault and Nissan and bringing the two companies together in a three-way alliance with Mitsubishi.

But his efforts to forge closer links between Renault and Nissan ran into opposition from within the Japanese company, and many experts say that may have been a factor in his downfall.

His reputation for streamlining Renault’s operations won him the nickname “Le Cost Killer,” while his success in turning Nissan around from near bankruptcy earned him the moniker “Mr. Fix It.” His efforts made him enormously popular in Japan, with blanket media coverage and even a manga comic produced about his life. However, his lavish lifestyle and relatively high pay were sources of controversy.

Inevitably, there was intense speculation about how Ghosn could have left the country without the authorities’ knowledge.

Japanese Minister of State for Foreign Affairs Keisuke Suzuki visited Beirut earlier this month where he met with the Lebanese president and foreign minister.

Japan’s Ministry of Foreign Affairs did not respond to a request for comment, but a senior official told the state broadcaster NHK that the ministry was not aware of Ghosn’s departure.

“Had we known about it prior to his departure, we would have reported that to the legal authorities,” the official was quoted as saying.

Akiko Kashiwagi contributed to this report.