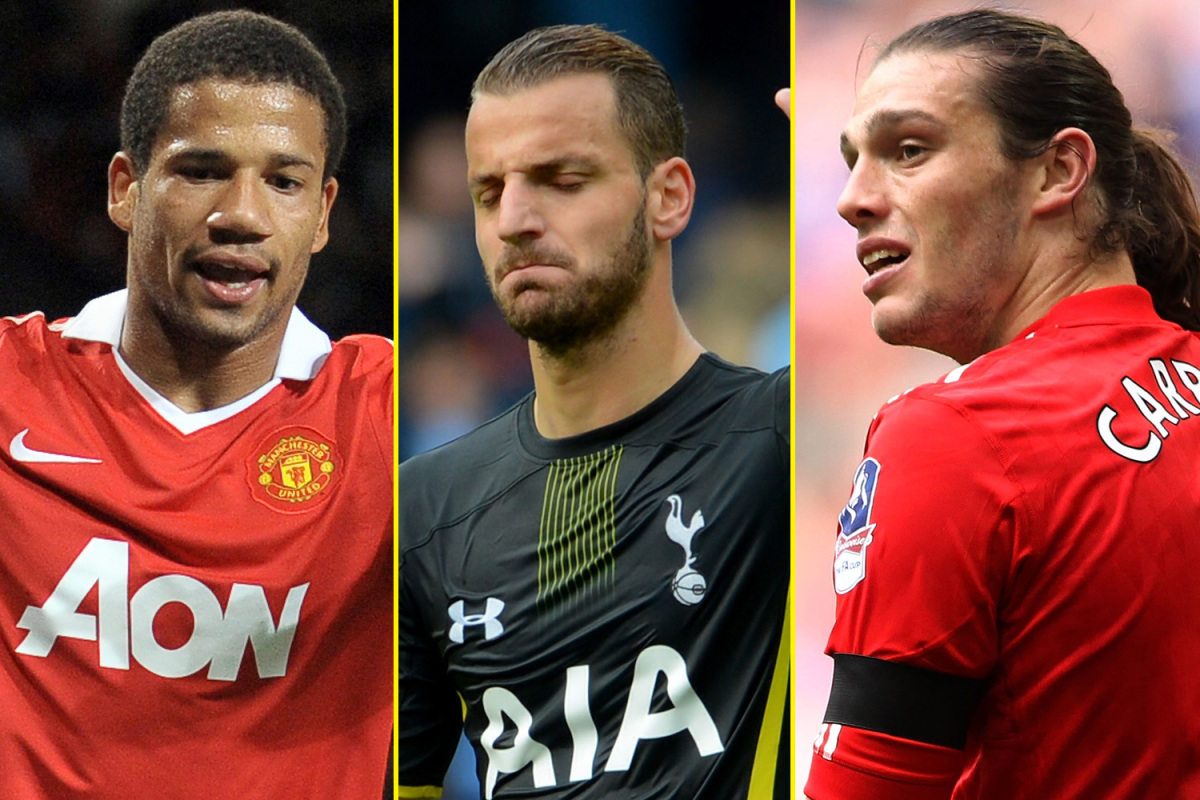 The end of the decade is approaching and the Premier League looks very different to what it was in 2010.

Just 11 teams who were in the top flight in that year will be go into the next decade still there and even some of those have spent time in the Championship.

Guardiola is still the ‘best in the world’, insists Man City defender

There have been some incredible signings over the last ten years and some abysmal additions that clubs look back on with regret.

Here at talkSPORT.com, we have taken a look at some of the most terrible buys over the past decade and listed the worst of the lot at every Premier League club.

Santos was signed for £6.2million from Fenerbahce in 2011 but he did not impress in his two seasons at the club.

The main source of frustration from the fans came when he swapped shirts with Robin van Persie, who was playing for Manchester United at the time, at half-time.

N’Zogbia had good spells and Newcastle and Wigan before Villa snapped up him. He only managed five goals in 91 appearances and frustrated fans with his performances.

Not only did he cost nearly £10million, he was also on around £66,000-a-week and was reluctant to move because of his contract.

The Cherries initially signed him for around £300,000 from Rotherham and he went on to scored 35 league goals in 86 games.

They sold him to Norwich in 2014 but then signed him back in 2016 for an undisclosed fee. He failed to score in 18 Premier League appearances following his return and was loaned to Reading, Sunderland and Aston Villa.

The Iran international signed for Brighton in 2018 for a club record fee of around £17m, but he has failed to live up to his price tag.

The winger has made 27 appearances in all competitions, and only just scored his first goal for the club in Saturday’s 2-0 win over Bournemouth – which was also his first start of the season.

He burst into tears on the pitch after finally breaking his duck, and Seagulls fans will be hoping it’s a sign of more to come from the 26-year-old.

The Clarets signed the striker for around £11m in August 2018 after he had scored 21 goals for Derby in the Championship.

Vydra has failed to adjust to life in the Premier League, though, and has just one goal in 18 appearances.

We did not see the Torres who terrorised Premier League defenders at Liverpool following his £50m move to Stamford Bridge in January 2011.

He scored just 20 goals in 110 league games for Chelsea and who can forget that horrendous open goal miss against Manchester United in the first year of his spell.

He would eventually win the FA Cup, Champions League and Europa League with the Blues but he remained a shadow of his former self.

Palace thought they got a bargain when they signed Mutch for £5m in 2015 but it turned into anything but.

He failed to rediscover the form he showed for Cardiff and the four-and-a-half year contract he signed proved to be a mistake.

The Toffees paid around £25m for the winger in 2016 but injuries meant he failed to live up to that price tag.

He has made just 32 appearances and has been sent out on loan to several clubs.

Remarkably, he is still an Everton player but on loan at Sporting Lisbon.

The Algerian was a club record signing when Leicester paid £28m for him from Sporting Lisbon in August 2016.

He failed to make the step up to the Premier League, having previously scored 27 goals in 33 games in the Portuguese league.

The striker was loaned out to Newcastle and then Fenerbahce and is currently at Monaco.

The giant Geordie was a transfer deadline day signing of £35m in January 2011 and at the time was the most expensive British footballer in history.

He managed just 11 goals in 58 games in all competitions before leaving for West Ham, on a loan deal at first before being made permanent.

The total cost of Mangala’s transfer to Man City was around £42m, making him the most expensive defender in British history at the time when the move was completed from Porto in 2014.

The centre-back proved to be a liability and was loaned out to Valencia and Everton before joining the former on a free transfer in August 2019.

The midfielder was a disaster for the Red Devils following his £7.4m move from Vitoria de Guimaraes, who he had only signed for five weeks earlier.

Ferguson had only met him the day before he signed and he was recommended by his former assistant Carlos Queiroz.

Bebe made just seven appearances before joining Benfica in 2014.

The Magpies signed the forward from Ajax for £6m in 2014 and was handed a six-year contract by the club – which would still be running now!

He scored just twice in 26 appearances in all competitions and returned to Ajax in 2017.

The striker had been prolific for Sporting Lisbon before Norwich paid £9m for him in 2013.

He managed just one Premier League goal in 25 appearances before going out on loan to Saint-Etienne and Real Betis.

Van Wolfswinkel made a permanent move to Vitesse in 2016 and rediscovered his goalscoring form by netting 20 times in 32 games.

The striker signed in the summer for a club record fee of £17.5m but has failed to live up to expectation in the Premier League.

He is still only 23 but will need to improve on his three goals this season to justify the price tag.

It may be a little harsh to be critical of McBurnie so early on in his career but this in terms of outlay to production it is hard to find a player who comes out worse.

The Scotland international still has plenty of time to turn things around with the Blades and grabbed a goal against Brighton.

Osvaldo was signed by Mauricio Pochettino in 2013 for £12.8m but his time at the St Mary’s was a difficult one.

He was suspended for two weeks by the club for a fight with Jose Fonte in training and ended up playing just 13 games for the club.

Osvaldo’s contract was terminated in 2015 and he joined Porto.

He was prolific in Spain before his 2013 move to Tottenham for a then club record £26m.

The striker struggled to adapt to life in the Premier League and after two seasons, with just 16 goals in 76 games, he left for Villarreal.

The figure Watford paid for Gray was undisclosed but it is believed to be in the region of £18m.

He joined in 2017 but his highest goal return for the Hornets is just nine goals in 34 games in all competitions.

This season he has found the net just twice in 18 appearances.

Hugill was a deadline day signing by David Moyes in January 2018 when the Hammers paid a reported £10m to Preston to secure the striker’s services.

He was restricted to just 22 total minutes for the rest of that season and has since been loaned to Middlesbrough and QPR.

It remains to be seen if the 27-year-old could cut it in the top flight but West Ham have seen little return for their money.

The club paid £7m to Birmingham for the defender in 2011 but he had a disastrous spell with the club that saw them relegated from the Premier League and then again the following season to end up in League One.

Johnson was loaned to Sheffield Wednesday and West Ham before having his contract terminated in 2015.