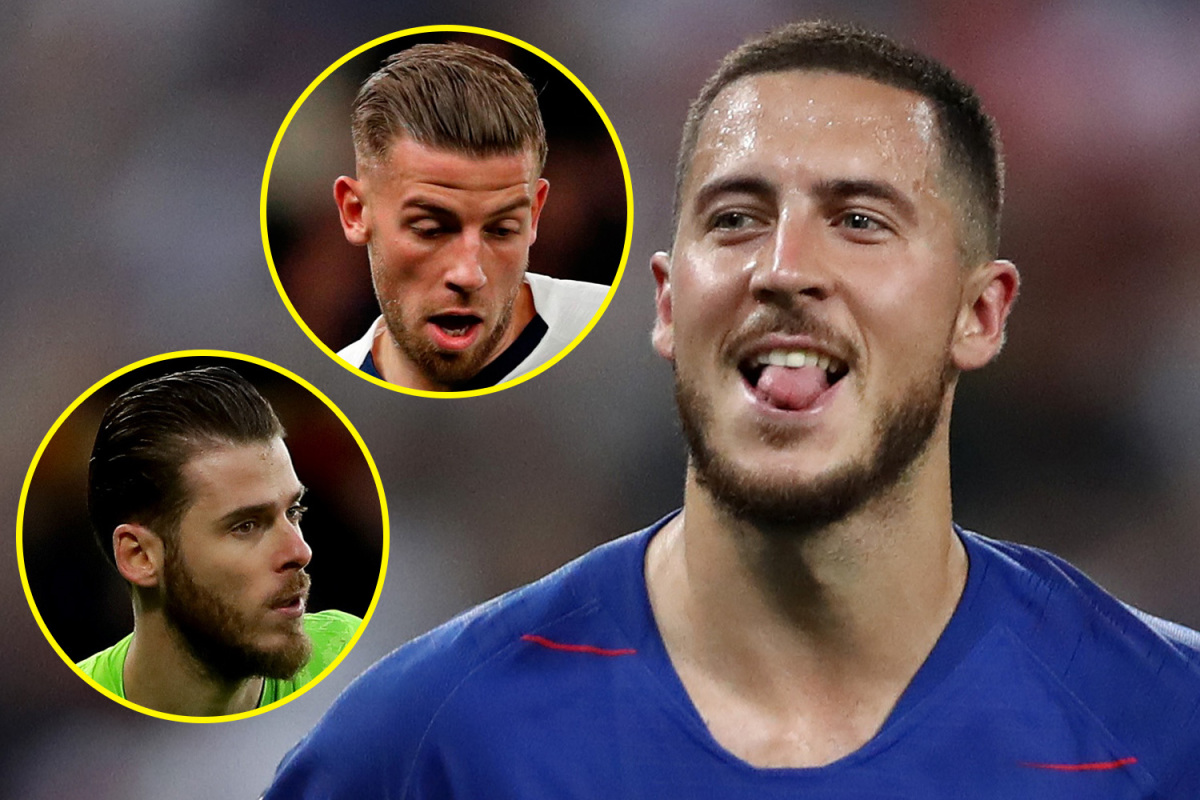 Billions of pounds have been spent by clubs on players over the past decade with some being more successful than others.

Spending big money is by no means a guarantee that a player will do well and some of the best transfers since 2010 have cost little or nothing at all.

Legend says Arsenal should sell Aubameyang if he wants to go

Here at talkSPORT.com, we have taken a look at each of the current Premier League clubs’ best signings over the past ten years.

They range from free transfers to players who cost tens of millions of pounds.

Take a look at our list below of the best players from the last decade for each club.

The centre-back was a fantastic servant to the north London club over the past decade after his £8.45million arrival from Lorient in 2010.

The 34-year-old made 353 total appearances for Arsenal in his nine seasons at the club and won the FA Cup three times.

His relationship with the fans soured when he refused to go on the Gunners’ pre-season tour and forced a move to Bordeaux but he gave nearly a decade to the club and was a leader throughout.

The Scotsman may have only signed for the club in August 2018 but he has quickly established himself as a fan favourite and top Premier League player.

Villa paid Hibernian just £2.79m for the midfielder and he helped them win promotion back to the Premier League last season.

His performances have seen him linked with a move to Manchester United, while he has won praise from numerous top-flight bosses.

It’s hard to get a striker who puts the ball in the back of the net regularly at the top level.

Wilson helped fired the Cherries into the Premier League with 20 goals in the Championship after a £3m move from Coventry City.

He’s had his injury problems in the top flight but the goals are still flowing, while in recent campaigns he’s also started to create them for others.

Not only this, he’s also become an England international – not bad at all.

The Spaniard signed for Brighton in 2012 as a free agent and was a hugely popular figure at the club until his retirement in 2019.

He played 235 times for the Seagulls and helped them into the Premier League in 2017.

The striker signed for Burnley for an undisclosed fee in 2014 – reported to be less than £500,000 – from Brighton and has stayed with the club ever since.

Barnes has been a consistent figure at the club during their time in the Premier League and netted 12 times last season.

There is not much competition for Chelsea’s stand out player of the past decade. Hazard established himself as one of the best players in the world following his £32m switch from Lille.

He went on to make 352 appearances and scored 110 goals before his departure to Real Madrid in the summer.

Zaha started off at Crystal Palace, making his debut in 2010, before joining Manchester United in 2013. He only made four appearances at Old Trafford before returning to Selhurst Park in 2014 for just £8m.

He has been The Eagles’ best player since he returned to the club five-and-a-half years ago and is now linked with a move to a top six club, with his price tag now around £80m.

The Toffees signed the striker from Chelsea in 2014 for a then club record of £28m.

He was prolific during his time at Goodison Park where he scored 87 goals in 166 games and bullied clubs like West Ham for fun.

Everton also made a significant profit when they sold him to Manchester United in 2017 as he went for £75m.

The Foxes have been very shrewd with their signings over the past decade and have several potential candidates for being the best.

N’Golo Kante, Riyad Mahrez and Harry Maguire were all signed for relatively low transfer fees and excelled at the club before moving on elsewhere.

Vardy has been sensational for Leicester, though, after his £1m signing from non-league Fleetwood in 2012.

He is rapidly approaching 100 Premier League goals, despite not playing his first top flight game until 2014, and also has a Premier League winner’s medal to his name.

His form this year, aged 32, shows he’s not slowing down any time soon either.

The £37.8m Liverpool paid Roma for Mohamed Salah in 2017 seems like an absolute bargain considering the success he has brought to club.

In all competitions, he has managed 84 goals in 126 games and won the Golden Boot in both full seasons at the club.

Salah also helped them win the Champions League last season and reach the final the year before.

Now the Reds are world champions too. And look nailed on for Premier League glory at long last.

The Argentine has been arguably the best Premier League striker over the last decade and has shown no signs of stopping his goal-bothering ways.

The Spaniard was brought in as a replacement for Edwin van der Sar and he cost just £18.9m from Atletico Madrid.

After a slow start, the goalkeeper has easily been their best player over the last decade and has won the Premier League, FA Cup, League Cup and Europa League during his time at the club.

He’s become shakier as the Red Devils have declined but he makes more world-class saves than mistakes.

Cabaye was signed for around £4.5m from Lille in 2011 and provided plenty of entertainment and excitement during his two-and-a-half seasons at the club.

In a decade that was up and down for Newcastle, Cabaye was easily their most talented player to be at St James’ Park.

The Finnish ace joined Norwich on a free transfer in 2018 and was instrumental in helping them achieve promotion to the Premier League.

He scored 29 Championship goals as they went up to the top flight. Pukki also already has nine goals in 16 games this season and has been remarkable for a player signed for nothing.

Fleck was a free transfer signing for the Blades in 2016 and has helped them win two promotions in three seasons to reach the Premier League.

The centre-back cost the Saints just £13m in 2015 and turned out to be an inspired signing.

He caught the eye with his aerial dominance and assured play in defence that eventually say him snapped up by Liverpool in 2018 for £75m, giving Southampton a hefty profit.

The signing of the Belgian international for £14m completed an elite backline for Spurs and helped them challenge for the title in 2015/16 and 2016/17.

He has been stunning alongside compatriot Jan Vertonghen and proved a real leader when it came to the crunch, while his long range passing adds another dimension to Spurs’ game.

A long-term hamstring injury and his subsequent and bizarre benching by Mauricio Pochettino are the only blots on his copy book.

Without him this season they would be in bigger trouble than they are.

He was prolific in the Championship and helped them up to the Premier League. Deeney has scored a total of 123 goals in 373 games for the club.

A real leader, he takes games and teammates by the scruff of the neck.

Although he acted like a petulant child at the end of his time at the London Stadium, Payet will go down as one of the most talented players ever to wear a West Ham shirt.

He cost the Hammers around £10m in the summer of 2015 but looked like a £100m player as he took to the Premier League right away, showing incredible skill, confidence and prowess from free-kicks.

An outstanding debut season saw him crowned the Premier League Player of the Year and shortlisted for the PFA top prize.

After 60 appearances for West Ham, the Frenchman decided he no longer wanted to play for West Ham and was eventually sold to Marseille for £25m.

Despite the disappointment over the manner of his exit, West Ham fans still feel blessed to have watched him in action for their club.

The defender cost Wolves just £2m from Huddersfield in 2015 and has risen up to captain of the club.

He has played 207 times for the club and was key to helping them reach the Premier League and achieve a place in the Europa League last season.