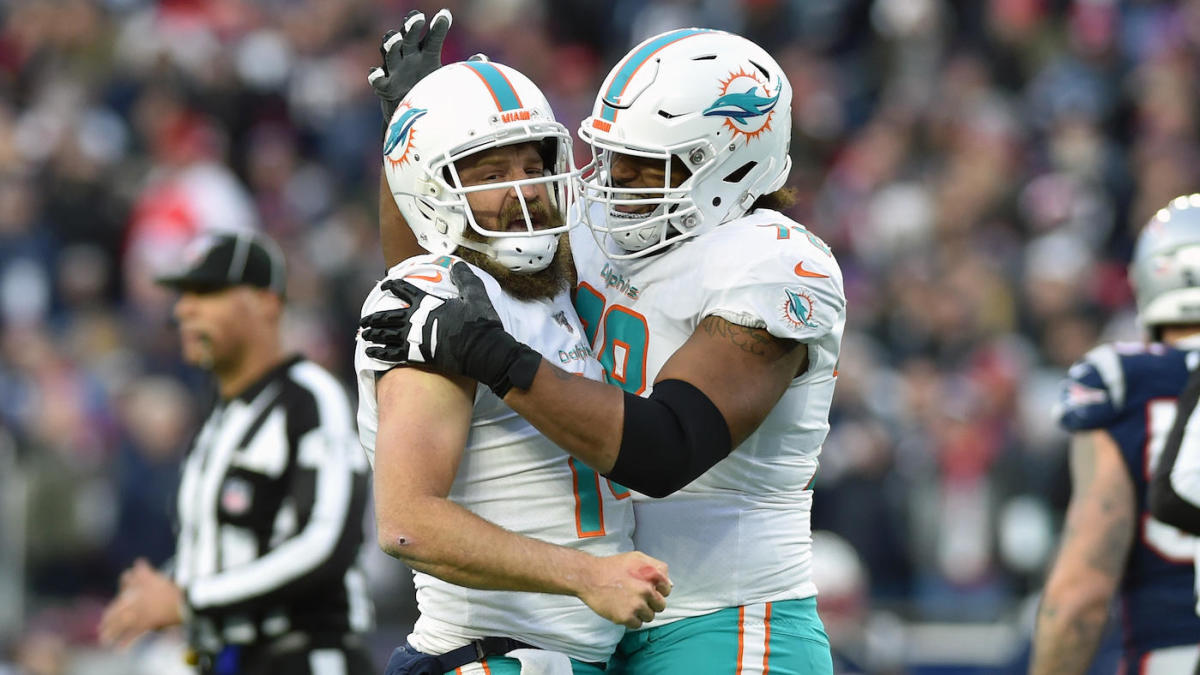 The Miami Dolphins ended their 2019 campaign on a high note, defeating the rival New England Patriots, 27-24. It still wasn’t enough to overshadow the 5-11 record, and how poorly the Dolphins started off the season. It took until Week 9 for Miami to register its first win, but the Dolphins were able to close out the year with two victories in a row.

On Monday, general manager Chris Grier addressed the state of his franchise, and he believes that his team did exactly what they were supposed to in 2019. When asked if he thought this season was a success, Grier responded, “Yes, absolutely.”

“I think from day one we talked about Brian (Flores) coming in creating the culture and setting the expectations for the organization and for us, I think we’re very excited about the future,” Grier said, via The Sun-Sentinel. “I think yesterday was a culmination of the guys’ work throughout the season — they improved each week, got better and better and so I’m excited about the future.”

These are pretty interesting comments, especially considering they came the same day when the Dolphins reportedly fired their offensive coordinator. Miami’s offense was one of the worst in the league and 37-year-old quarterback Ryan Fitzpatrick actually led the Dolphins in passing yards and rushing yards. The Dolphins appeared to be staging one of the most egregious tanks in NFL history earlier in the year, when they lost their first two games by a combined 92 points, but they eventually improved and were relatively competitive in every game. They even had a chance to battle the Cincinnati Bengals for the No. 1 overall pick in Week 16, but ended up winning, 38-35, in overtime.

The Dolphins still acquired a multitude of draft picks — including three first rounders — which should help the rebuild considerably. Miami also has money to work with this offseason, but Grier says that the Dolphins will be smart when it comes to how they construct their roster.

“The big thing for us is that we are going to be smart about it,” said Grier. “We are going to build it the way we feel right, and yeah we have money in cap space but that doesn’t mean you have to spend it all. We are going to try to bring in a lot of players here, good players here, and keep building the roster and we’ll be very smart in how we do it.”