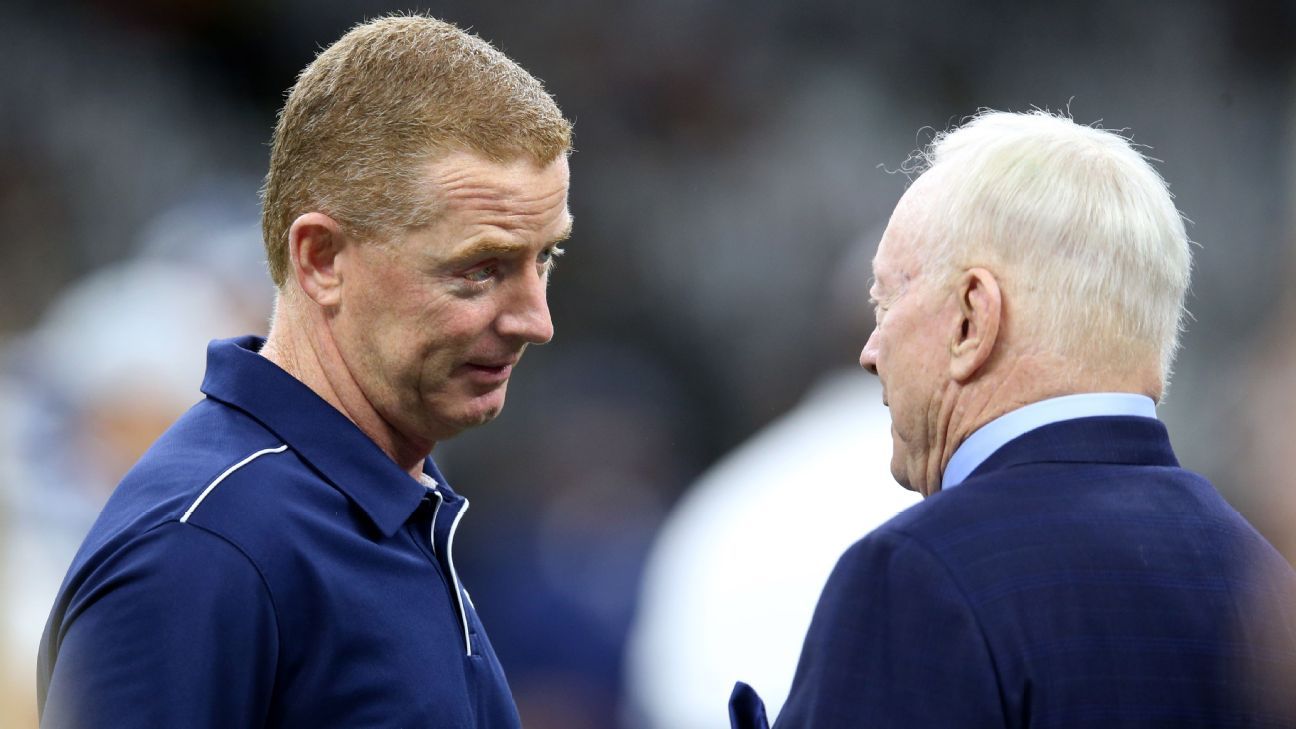 FRISCO, Texas — While the Washington Redskins appeared to be closing in on a new coach and the New York Giants opted to move on from their head coach, Jason Garrett remains the Dallas Cowboys’ coach — at least for now.

Garrett met with Jerry Jones after the coach and owner/general manager briefly met with the players around lunchtime Monday, but by the end of the business day, it was passed on that there would be no news conference at The Star, regarding the coach’s future and the owner’s potential plan for 2020.

Garrett is scheduled to meet again with Jerry Jones and his son, Stephen, Dallas’ executive vice president, on Tuesday, a source told ESPN, confirming a report by the Dallas Morning News.

With talks ongoing, Monday felt like any other wrap-up to a Cowboys’ season with players stuffing giant gray trash bags with their belongings, saying goodbye to their teammates, meeting with their position coaches and undergoing exit physicals.

“It’s tough. Tough to take,” said veteran linebacker Sean Lee, who is among the more than 20 players set to become free agents in March. “We didn’t accomplish the goals we wanted to, didn’t play up to the standard that we wanted to. You know these teams change every year, and so saying bye to some guys and knowing that you may never [again] be teammates with some guys, it can be very tough.”

Garrett’s future, however, remains the Cowboys’ most pressing issue.

His contract expires on Jan. 14, but after Sunday’s 47-16 season-ending win against Washington, Jones said he did not have a timetable for a decision and did not seem to care that other teams, particularly in his division, would have a chance to start the hiring process before the Cowboys if he opted to move on from Garrett.

The Cowboys have not had a full-blown coaching search since 2007, after Bill Parcells retired. Jones interviewed a number of candidates back then, including Garrett, before settling on Wade Phillips. Assistant coaches such as Baltimore’s Greg Roman, Kansas City’s Eric Bieniemy and San Francisco’s Robert Saleh have received head-coaching interest from other teams with the Ravens, Chiefs and 49ers off for the wild-card round of the playoffs.

Garrett is 85-67 as Cowboys coach but won only two playoff games since 2011. While he has had only one season with a losing record (4-12 in 2015), the 8-8 finish in 2019 was the fourth of his career. He entered the season knowing he had to win but could not get the Cowboys into the playoffs.

After the Washington game, Garrett said he wanted to be the Cowboys’ coach but had “no idea” if he would be given that chance.

A day later, his players still did not know.

“In reflection, I’m very fortunate to have spent the time that I did with coach Garrett,” Pro Bowl center Travis Frederick said. “Whether he’s here next year or somewhere else, the group of men that he’s going to be in front of will be better men and better players because of it.”

Lee was a rookie when Garrett took over for Phillips as an interim coach midway through the 2010 season.

“For me, it’s a guy who’s an unbelievable coach, unbelievable person, put his heart and soul into coaching, believed in his players with his entire heart, forced us to be better than we could be in a lot of situations,” said Lee when asked what Garrett’s legacy would be if he did not return. “Made me believe I could come back from a lot of injuries, from the knee, from the toe, from the neck. A guy who inspired me and really made me a better football player than I thought I could be.