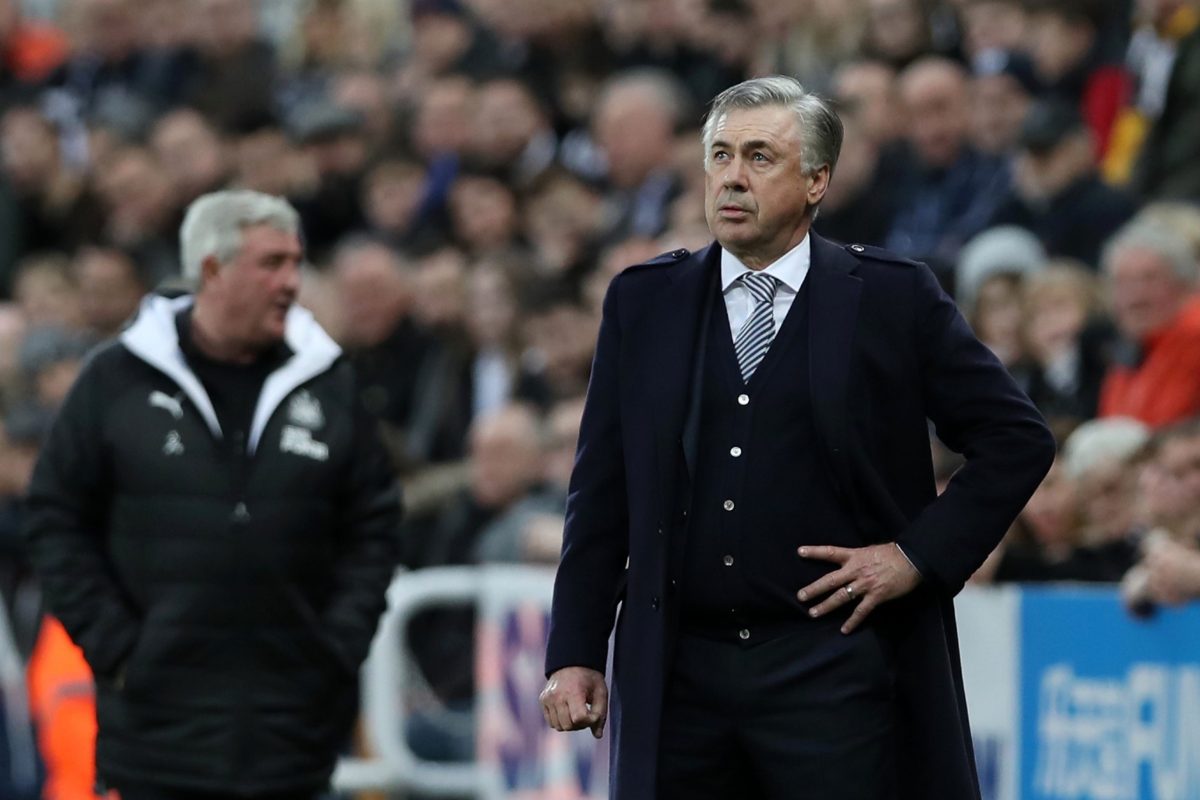 The Italian has overseen two wins from his two matches in charge and is happy with the squad he has inherited from Marco Silva.

He will not rush into any transfer decisions, and plans to sit down with club chiefs at the end of another busy week, which sees the Toffees face Man City away in the Premier League on Wednesday before visiting Liverpool in the FA Cup this weekend.

One player being linked to the club if Everton do enter the transfer market in January is James Rodriguez.

There are reports in Spain that the Colombian playmaker is wanted as Ancelotti’s first signing after being told he is free to leave Real Madrid.

Meanwhile, Dominic Calvert-Lewin, who has eight goals in his last 15 appearances, is being tipped for £50million move to Manchester United.

Ancelotti would not be drawn on those rumours at his press conference on Tuesday ahead of the trip to City, but discussed a range of topics.

You can read the best bits below…

“The market is not open yet. It opens tomorrow. There are a lot of rumours, that is normal. Everywhere in the world is like this.

“After the 5th of January we will have a meeting with the club and see if it is impossible to improve the squad. It is, in my opinion, a good squad.2

On the team he inherited

“I was surprised by the spirit of the team. The work that Duncan [Ferguson] did was really good because he increased the spirit.

“[In this period] it can be dangerous to change a lot.”

“(Morgan) Schneiderlin is almost close to recovery. He’ll train with the team. He’ll be available for the game on Sunday.

“I think that the moment is good for us. It’s good to have this kind of test but also against Liverpool. We have to be happy with trying to compete with the top teams in England and Europe.”

The festive feast of football continues over the next week – find out what is LIVE across the talkSPORT network, below…