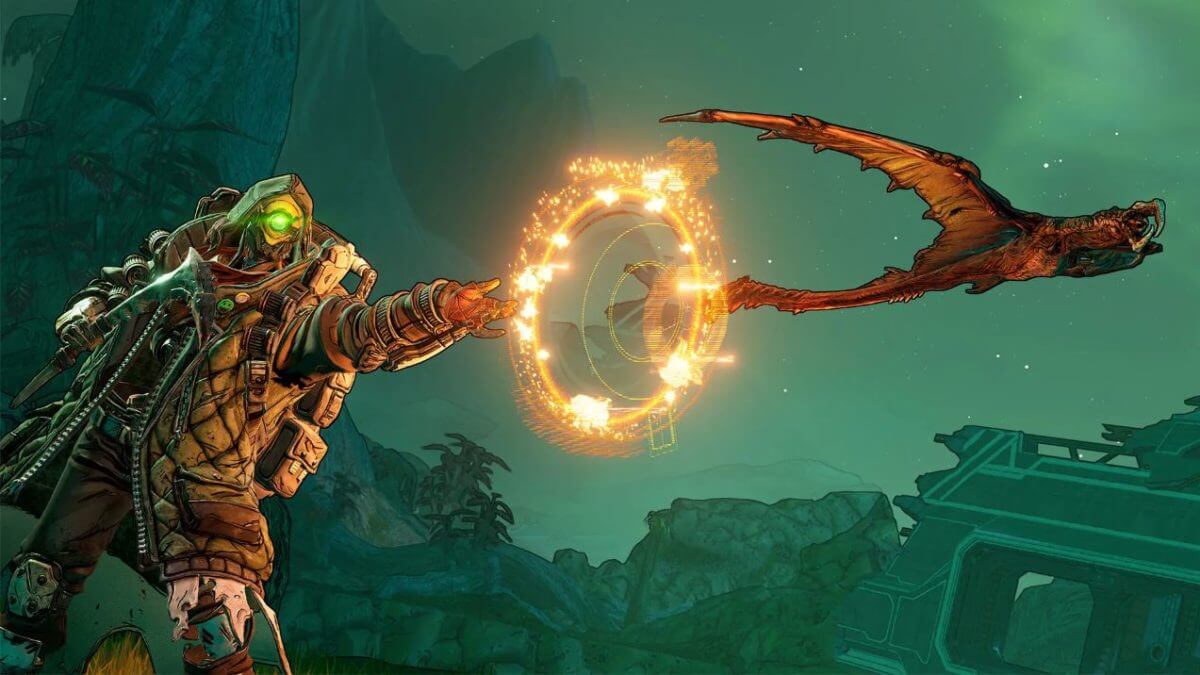 Borderlands 3 developer Gearbox Studios announced today that the looter-shooter is now available on Stadia, but with one crucial asterisk.

Borderlands 3 developer Gearbox Software announced today that the looter-shooter is now available on Google Stadia, but with one crucial asterisk.

When you load up Borderlands 3 on Stadia, you’ll be playing a nearly two-month-old build of the game. In an official post on the Borderlands 3 website sharing the news, Gearbox says:

We aim to achieve feature parity for all versions of Borderlands 3 early in 2020, but for the moment the version of the game that you play on Stadia has benefited from the updates and fixes that were released through October 24.

Wrapped up in Google’s well-oiled marketing push for Stadia was the promise of no downloads or updates. Play instantaneously, free of the tedium of patiently waiting for a massive day-one file to download as we’ve grown accustomed to on rival consoles.

Few would have guessed that this meant Stadia wouldn’t be getting any updates at all. It’s funny how marketing and reality diverge sometimes.

Of course, we jest. The issue is specific Borderlands 3, but it nevertheless remains a head-scratcher.

Contracts penned when the Stadia hype was at its peak may have lost some shine for developers after the platform’s sketchy launch. It’s not unrealistic to assume that the obligation of shipping a game and possibly less than ideal Stadia development tools have left game developers wary of shifting resources to a platform that remains unproven.

In what has become a familiar refrain for Stadia titles, players are also reporting Borderlands 3 is running at 30 fps up-scaled to the fabled 4K 60 fps that formed a central part of Google’s platform pitch.