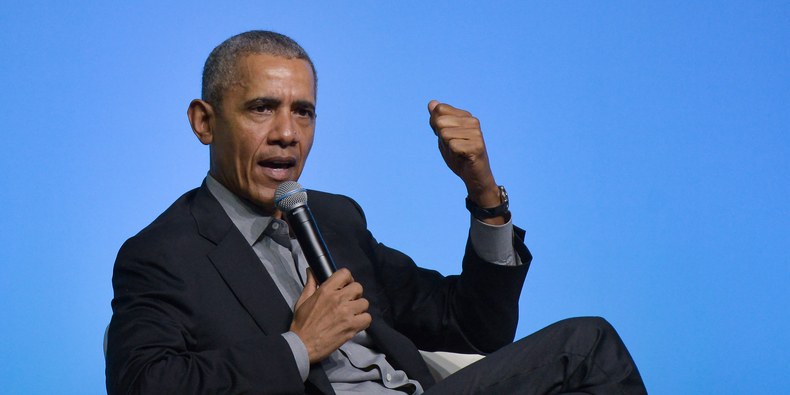 Obama’s playlist includes some of the biggest pop hits of the year (Lil Nas X and Billy Ray Cyrus’ “Old Town Road (Remix)”), indies both international (Prateek Kuhad’s “cold/mess”) and domestic (Big Thief’s “Not”), and old-school protest anthems (Mavis Staples’ “Change”). Earlier this year, the Obamas shared a summer playlist that featured Frank Sinatra and Toots and the Maytals alongside Lizzo and Rosalía. In June, they signed a deal with Spotify to “develop, produce, and lend their voices to select podcasts, connecting them to listeners around the world on wide-ranging topics.”

From hip-hop to country to The Boss, here are my songs of the year. If you’re looking for something to keep you company on a long drive or help you turn up a workout, I hope there’s a track or two in here that does the trick. pic.twitter.com/mQ2VssyDwt