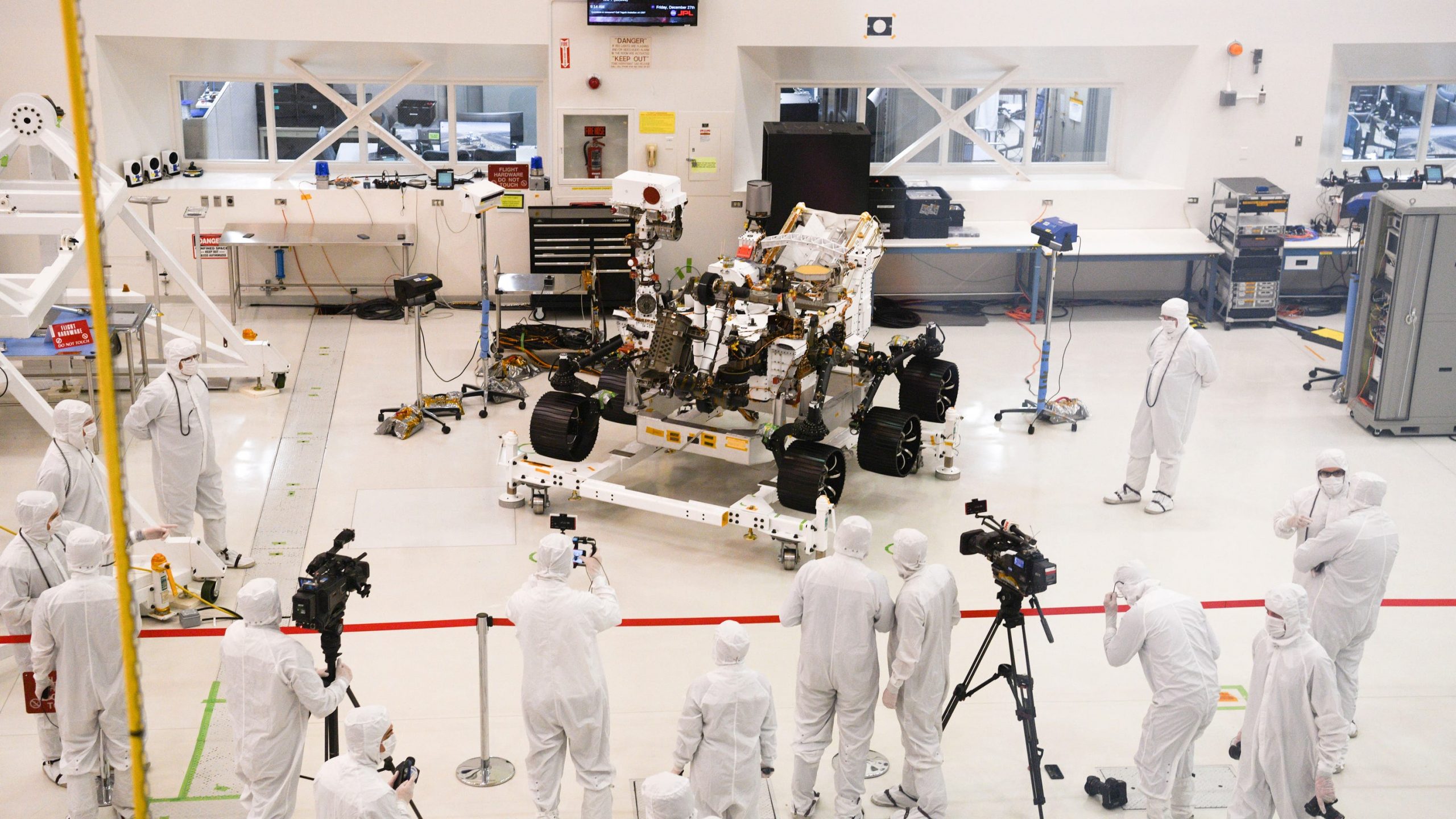 LA CANADA FLINTRIDGE, Calif. – Like any tourist, NASA’s next Mars rover will want to bring home a few souvenirs.

But instead of piling them into a suitcase, the rover is going to have to drop its precious cargo onto the surface of the Red Planet and await another spacecraft to fetch them for the trip home.

It’s all part of the most ambitious mission to Mars yet. Work is almost complete on the rover at NASA’s Jet Propulsion Laboratory near Los Angeles well ahead of a launch window that starts July 17 at the launch site in Florida.

With previous rovers having shown Mars had the building blocks of life, the goal of the next mission is to establish whether life has existed.

“This is the one we have been working toward,” said Matt Wallace deputy project manager of Mars 2020. “Now we are really asking the question, ‘Can we find any sign of life?'”

The trip will take about seven months. If all goes according to plan, the rover will come to life next February in an ancient river delta in a lake that filled the Jezero Crater. Its mission is expected to last two years.

The lakebed is considered ripe for exploration because life is supported by water. Just finding evidence of a single-cell organism would be a breakthrough.

“For all of human history we have asked, ‘Are we alone in the universe?'” said Luther Beegle, principal investigator for one of the spacecraft’s unique instruments, a new type of spectrometer with an ultraviolet laser.

The six-wheeled rover, yet to be given a formal name, looks similar to the last one, dubbed Curiosity. It’s about the same size – about 10 feet long and 9 feet wide – but will weigh 278 pounds more than Curiosity. JPL engineers compare it to a Mini Cooper.

Where the vehicle at the heart of the $2.5 billion exploration will really stand apart, however, is in its ability to analyze and process samples, then drop them into tubes for pickup by another Mars mission expected to launch in 2026. Samples will be carried inside the rover until they are deposited in individual tubes or in a bunch on the planet’s surface.

Living on Mars? Humans could be heading to Mars in 25 years, NASA says

Then, the future mission would robotically accomplish what it took humans to do on the moon 50 years ago by bringing back samples of soil and rocks for detailed study by scientists on Earth. Only in laboratories can samples be closely examined with electron microscopes and other advanced instruments.

That next spacecraft is yet to be developed. Wallace said it seemed wiser to divide the missions rather than try to design one to fly to Mars, collect samples and then bring them home. The space program has been successful in not overreaching, so “breaking it into pieces made more sense,” he explained.

The building of Mars 2020 rover ‘akin to a Swiss watch,’ says one engineer

Creating a rover that can package samples in hermetically sealed tubes hasn’t been easy.

There was the challenge of dealing with the prospect of Mars’ extreme temperature swings, developing seven major instruments for collecting and analyzing samples and equipping the rover with more than 20 different cameras and sensors. But the hardest part was trying to build it in a way that ensures samples will not be contaminated with anything from Earth.

Engineers and scientists building it had to wear sterile gloves, boots and clothing to avoid leaving any hairs or skin cells that could work their way into the sample collection system. The tools used to be build that system were also sterilized. Media allowed in the clean room last week to view the craft were issued special clothing, headgear and booties even though they didn’t come within 10 feet of the rover.

Building it was “akin to a Swiss watch,” said Zach Ousnamer, a rover assembly and test engineer. “It’s the most complex mechanism we have put into any rover. The fact you can’t touch that to do tweaks makes it very difficult.“

Though the rover is nearly complete and will be ready to be shipped to Florida in about a month, installing the sample tubes will be one of the final steps as another protection from contamination.

“You’re always a little nervous at this stage because this is the last opportunity to get in all the tests you want to get in,” said Jessica Samuels, the lead flight system engineer. “But it’s exciting. We’re on track for a 2020 launch in July, and everything’s coming together.”